January is over at last.  Never a popular month, coming as it does after the bright lights and festive excitements of Christmas.  The first month of the year encourages us to look back and also look forwards - hence its name:

"Ruler of new beginnings, gates and doors, the first hour of the day, the first day of the month, and the first month of the year, the Roman god Janus gave January its name. He was pictured as two-headed  and situated so that one head looked forward into the new year while the other took a retrospective view. Janus also presided over the temple of peace, where the doors were opened only during wartime. It was a place of safety, where new beginnings and new resolutions could be forged, just as the New Year is a time for new objectives and renewed commitments to long-term goals."
http://www.mythicjourneys.org/calendar_january.html

I think it only appropriate this latest edition of the Computer Animation Arts PWTM focuses on the work of our third year students, the majority of whom are working on year-long creative projects. A short matter of days ago, they submitted their minor projects - the halfway point and an ending of sorts, but the beginning of everything else. You might say the minor project submission is Janus-faced too, as our students must at once reflect on their efforts since September 2017 while looking to the necessary goals of the new year.  At the same time as they developed their respective projects, our third years were also writing their eight thousand word dissertations.  Two of our current third years wrote sixteen thousand words, electing to undertake the extended Thesis option.  A decent degree has two faces - the diverse creative projects you're seeing here and all the scholarship you're not.

How To Catch A Fairy / The Fairy turnaround / Danielle Gibbs

How To Catch A Fairy / The Catcher turnaround / Danielle Gibbs


Sometimes when you're a student 'life happens' and the traditional linear route through the three year degree routine is interrupted. I say 'sometimes' when actually I mean 'often'.  The years between the ages of 18 and 22 are febrile wherein students learn a great deal more than what their courses put in from of them.  When current third year student, Kayleigh Anderson took some time out before commencing her Major project she was faced with the creative problem of how to use the 115 day duration of her study break to prepare for her return to Planet CAA.  Kayleigh's other personal goal was to 'draw everyday' and so the idea of The 115 was born - a daily speed-drawing challenge in which a random collision of words inspired original character designs.  Now Kayleigh is back in the mix with her retinue of quirky, absurdist characters we can look forward to seeing some of them come pleasingly to life as 3D models... In the meantime, here's Kayleigh's motley-crew in their quick-and-dirty entirety - evidence too that 'time out' is not time-wasted.

As illustrated by her current project When, Deanna Crisbacher has established a reputation among her peers for making personal work with an emphasis on working very realistically in terms of modelling, texturing and lighting.  When Dee interned on the production of CAA's animated adaptation of The Young Person's Guide To The Orchestra, I suspect she was apprehensive at the idea of working on a project poles-apart from her own preferences in terms of style and audience. What I do know is Dee couldn't have known she'd end up working on Red & The Kingdom Of Sound so extensively it would ultimately comprise part of her minor project submission!

Meanwhile, Red & The Kingdom Of Sound's European tour continued with four January performances in Katowice, Poland, in the rather wonderful concert hall of the Filharmonia Śląska. Nearly two thousand or so children watched our animation accompanied by Filharmonia Śląska's wonderful musicians.  We were joined for the performances by CAA alumni, Samantha Niemcyzk and Charlie Serafini, both of whom worked tirelessly on Red & The Kingdom Of Sound to ensure it was ready for its premiere in Amiens, France, in November 2017.  It was lovely to see them both - and lovely to see them seeing all their hard work up there on screen being oohed and aahed over by the audience.  If I haven't said it enough already... Thank you, Sam and thank you, Charlie! My heroes - and such nice people.

Excitingly, Red & The Kingdom Of Sound now has its own listing on the International Movie Database, which makes everything seem rather official!  Look! The good people of Computer Animation Arts made a bloody movie together! 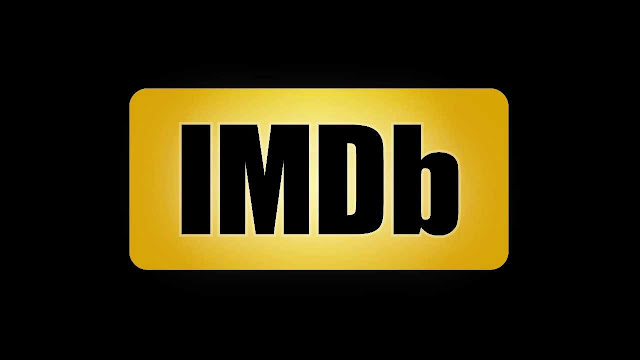 And talking of making movies, we were joined at the November Amiens performance by a young television crew from WebTV Hauts-de-France, who wanted to profile the Kingdom Of Sound project for their region.  I spent a good part of that day in front of their cameras trying not to trip over my words or say something stupid - likewise the rest of the Kingdom team who accompanied me to France for the premiere and who were put before the cameras too.  We're rather pleased with how the film came out.   It captures the occasion very well and while we still can't share the final film on here, you'll get a sense of what we've been up to and why these live performances of Red & The Kingdom Of Sound are so exciting.


“We have to continually be jumping off cliffs and developing our wings on the way down.”
Kurt Vonnegut