It's been a big busy month for all of us here on Computer Animation Arts; the first years have just had their very first submission, the second years are doing battle with their collaboration project and the head-spinning intricacies of postmodern cinema, the third years have just handed in their draft dissertations, and the YPGTTO production team is putting the finishing touches to our animated adaptation of The Young Person's Guide To The Orchestra in what can only be described as a race against time.

But let's begin with something altogether more serene and restful.  One of my favourite activities in a CAA week is life-drawing, when the campus's roomy project space fills with easels and the soft tearing of masking tape.  Of course the weekly life-drawing classes are opportunities for students to refine their technical knowledge of anatomy, weight, pose and gesture, and yes, with every drawing our students undertake, their personal style enriches and consolidates, but life-drawing is also mediative and calming - a welcome break from screens and from technology.  The physical gestural act of drawing and the churchy silence of the class refreshes, soothes and restores.

Another of my favourite aspects of CAA is the moment when our students' blogs update with their life-drawings, reminding me that, for all our 21st Century tech and digital-centricism, our subject situates within the analogue traditions of the art school.


The role of concept artist is a complex and demanding one – as our bright-eyed and bushy-tailed new recruits discovered during the first five weeks of their tour of duty on Computer Animation Arts. Challenged with visualising the enigmatic and elliptical conurbations featured in Italo Calvino’s magic realist novel, Invisible Cities, our year one students had to imagine, design and paint three different views of their chosen metropolis. For most of them this is the first time they’ve had to think as big and high and wide as this… for others it’s the first time they’ve painted digitally in Photoshop. For all of them it was an intensive introduction into the reality of the undergraduate workload and the full range of imaginative responsibilities of the student of computer animation. Enjoy this small selection of their creative efforts.


Unit RCAA5010 / Collaboration: "Experience of collaboration is a key industry expectation of animation students. This unit challenges students to engage in teamwork in the pre-production, production, post-production and promotion of an original animated short. Students are required to identify their strengths as they align with specific studio roles; for example, concept artist, production designer, character designer, pre-visualiser, modeller, sound designer and animator..."

While this short, pithy paragraph explains the rationale for getting our year two students to work together in small groups to produce a unified, cogent outcome, it cannot do justice to the level of challenge students often experience when they collaborate with one another for the first time on a creative project.  Conflicts are inevitable and need to be resolved.  Compromises are probable. Sulks are likely (though hopefully short-lived) - but collaboration is also exciting and surprising and dynamic.  Working together can also be a lot of fun, as illustrated by this selection of live-action animatics from their respective studio blogs as they pre-produce their animated shorts.

'At The Hairdressers' live-action animatic 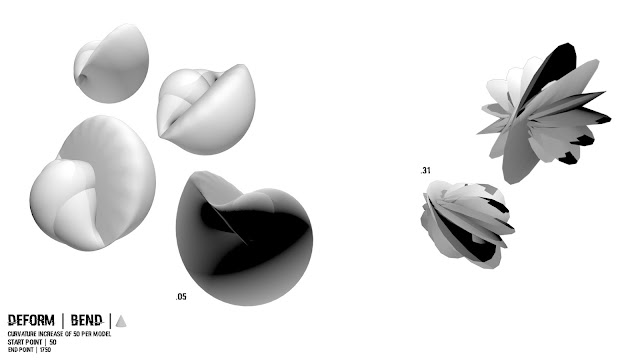 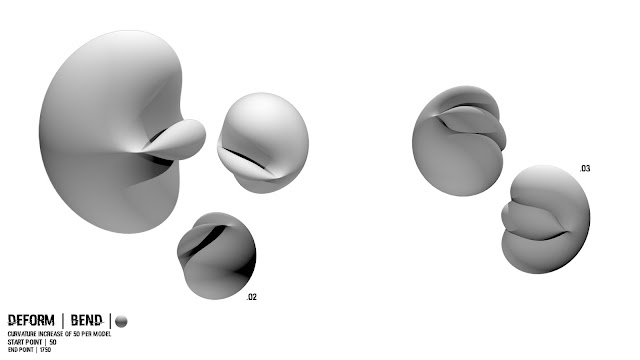 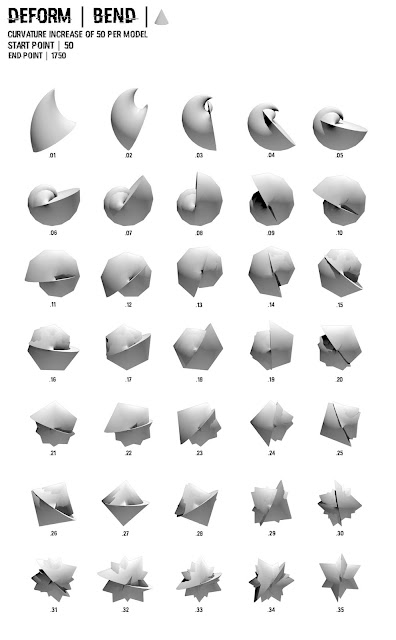 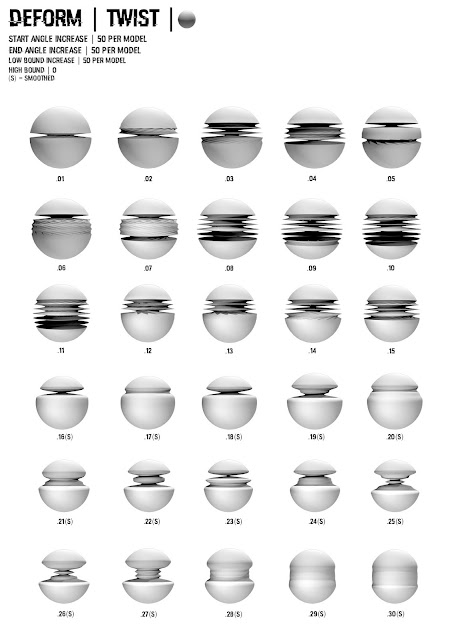 It's no secret students of CAA have to work incredibly hard to get transformative results from technology. It is likewise no secret the production of computer animation is an ongoing battle between creative vision and the compromises necessitated by the relentless ticking of the clock. It’s no secret either that the course team of CAA is up against it as the delivery date of our animated adaptation of The Young Person’s Guide To The Orchestra edges ever closer.  Behind the scenes, fully timecoded pre-vis versions of the film have been despatched to the conductors in France and Germany so they can mark up their scores with key moments in the film's narrative, by which they can keep their respective orchestras in-synch with the on-screen animation.

Regular readers of the PWTM will know that Red & The Kingdom Of Sound is underpinned by an ambitious collaborative model, with CAA's staff rolling up their sleeves and working alongside recent graduates and students.  One of those students is current year three student, Deanna Crisbacher, who has been seconded from her minor project duties to continue her work on the animation, which began originally as an internship all the way back in May.  Dee's ongoing work on Red & The Kingdom Of Sound will count towards her assessment and her role in regards to the animation's production has grown exponentially as the creative and technical demands of the project have ramped up week-by-week.  One very specific job on Dee's to-do-list has been to create the various text elements that feature in the animation, and which have to be translated into six different languages...

Red & The Kingdom Of Sound / The Oboe District (Polish)

Red & The Kingdom Of Sound / The Clarinet District (German)

Red & The Kingdom Of Sound / The Bassoon District

Red & The Kingdom Of Sound / The Violin District

Red & The Kingdom Of Sound / The Viola District (French)

Red & The Kingdom Of Sound / The Cello District

Red & The Kingdom Of Sound / The Double-Bass District

Red & The Kingdom Of Sound / The Horn District (Slovenian)

Red & The Kingdom Of Sound / The Trobone & Tuba District (Slovakian)

Red & The Kingdom Of Sound / The Percussion District


In last month's edition of the Post With The Most, we announced our Creative Skillset Accreditation, and this month we have some more good news - another accreditation by an equally prestigious organisation with interests in ensuring the quality of university education for students of film and animation.  Four courses from UCA's School of Film & Performing Arts - Animation (UCA Farnham), Film Production (UCA Farnham), Television Production (UCA @ Maidstone Studios) and Computer Animation Arts (UCA Rochester) - have been accredited by CILECT, otherwise known as the International Association of Film & Television Schools, in recognition of the quality and scope of their respective degree programmes:

"The International Association of Film and Television Schools (Centre International de Liaison des Ecoles de Cinéma et de Télévision – CILECT) was founded in Cannes, France, in 1954. CILECT includes over 180 audio-visual educational institutions from 65 countries on 6 continents with more than 9,000+ teachers and staff that annually train more than 55,000+ students and communicate with an alumni network over 1,330,000+ strong.

CILECT believes in the inherent inter-connectivity of humankind and fully supports creativity, diversity, cross-cultural thinking and sustainable development as fundamental prerequisites to human existence and progress.

CILECT is committed to developing and promoting the highest standards of education, research and training for film, television and related media through establishing and organizing global and regional forums for the exchange of artistic, pedagogical, methodological and managerial best practices for all its members."


In simpler terms, accreditation by CILECT is another vote of confidence in the quality of degree education at the University for the Creative Arts.  Put more simply still, you're in good hands, folks. 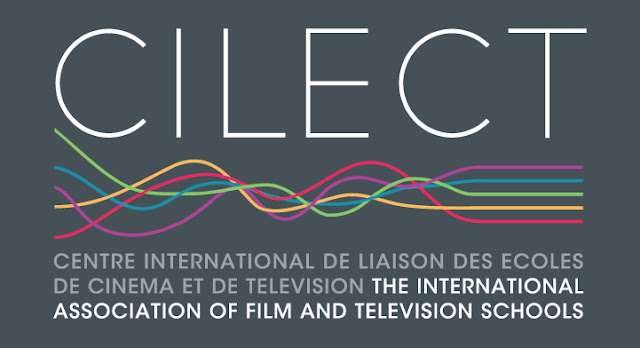 
“You can’t try to do things. You simply must do things.”
Ray Bradbury
By tutorphil at 11:41 2 comments:

Your Invisible Cities proformas are now at your myUCA accounts. This is the first time you will have received feedback, so read it very carefully. Then read it again! If I've asked you to email me and make contact, please do so. Remember, this grade is formative - it is for your guidance only, and it's my way of expressing the concrete reality of course expectations while there's plenty of time and opportunity for you to improve what you need to improve and achieve something extraordinary.

As I've said many times already, my interest now is in ensuring that come the end of term and your WIM summative assessment, you are more confident, more skilled, more organised, and more professional. No standing still please and no sulks. If in doubt, look at the assessment criteria - and then read my feedback all over again. Obviously, if you do have any questions or if there's anything I've written you don't quite understand, let me know - but no email rants please.

If you haven't received your feedback, leave a comment and I'll investigate. Please ensure your classmates have seen this message - many thanks!
By tutorphil at 18:38 No comments: