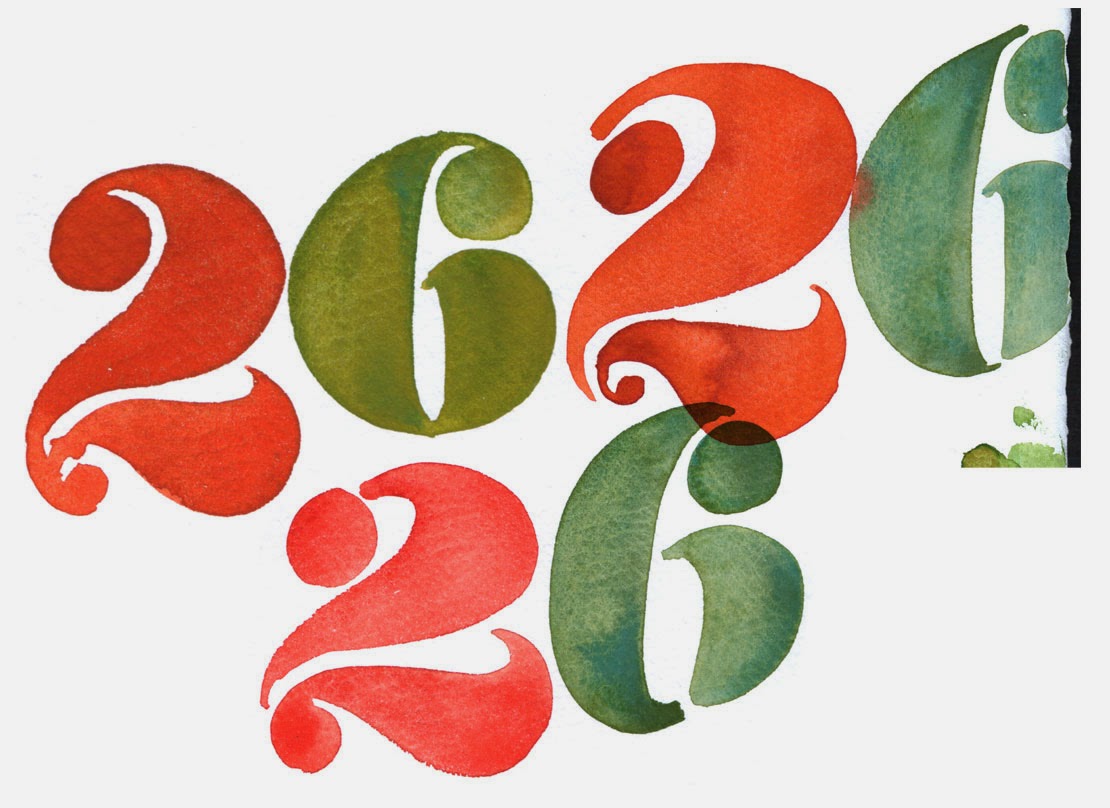 With only 26 tickets remaining and 12 days before the CGAA Tombola of Dreams starts spinning and the winner of that much sought-after Cintiq is announced, it's time to purchase your 'golden ticket' at the Online Store!  If you know of anyone who is yet to buy their ticket, first smile sweetly - and then make them...  It's all for a great cause - a spectacular show at New Designers 2014!
By tutorphil at 13:01 No comments:

Email ThisBlogThis!Share to TwitterShare to FacebookShare to Pinterest
Labels: Tombola Of Dreams

As of now, British Summertime is go, bringing with it thoughts of pellucid blue skies, sun-burned shoulders and long, drowsy afternoons hushed and lullabyed by the buzz of bees and the Proustian jangle of far away ice-cream vans...

How cruel then - how insensitive! - that British Summertime begins just as our community of students hit their busiest season, their noses so hard to the grindstone, that the outside world goes unremarked upon and unnoticed.  But the twin seductions of fresh air and actual physical exercise must be resisted for a few weeks more; there is work to be done and new standards to be set as the academic year powers up for the final push.

This month's Post With The Most is a doozy, and if any further evidence was needed that CGAA @ UCA Rochester is doing extraordinary things pretty much on a daily basis, let this be it, with content expressing the full breadth of our creative ambitions.  With projects ranging from artful expositions of the sex-lives of bryophytes to complex mixed-media animations, from kick-arse cats to abstract visualisations of Verdi's Requiem, we've got it all going on...

Let us begin with the joy of sex, and more specifically with the respective life-cycles of ferns, moss and slime molds.  University of Kent bioscientist, Dr Peter Klappa, has once again returned to commission our year one students to produce their very first CGI animation - the culmination of their year one experience.  Dr Klappa has challenged students to translate the various life-cycles into dynamic animations, and what follows is a selection of our students' early production art and development: 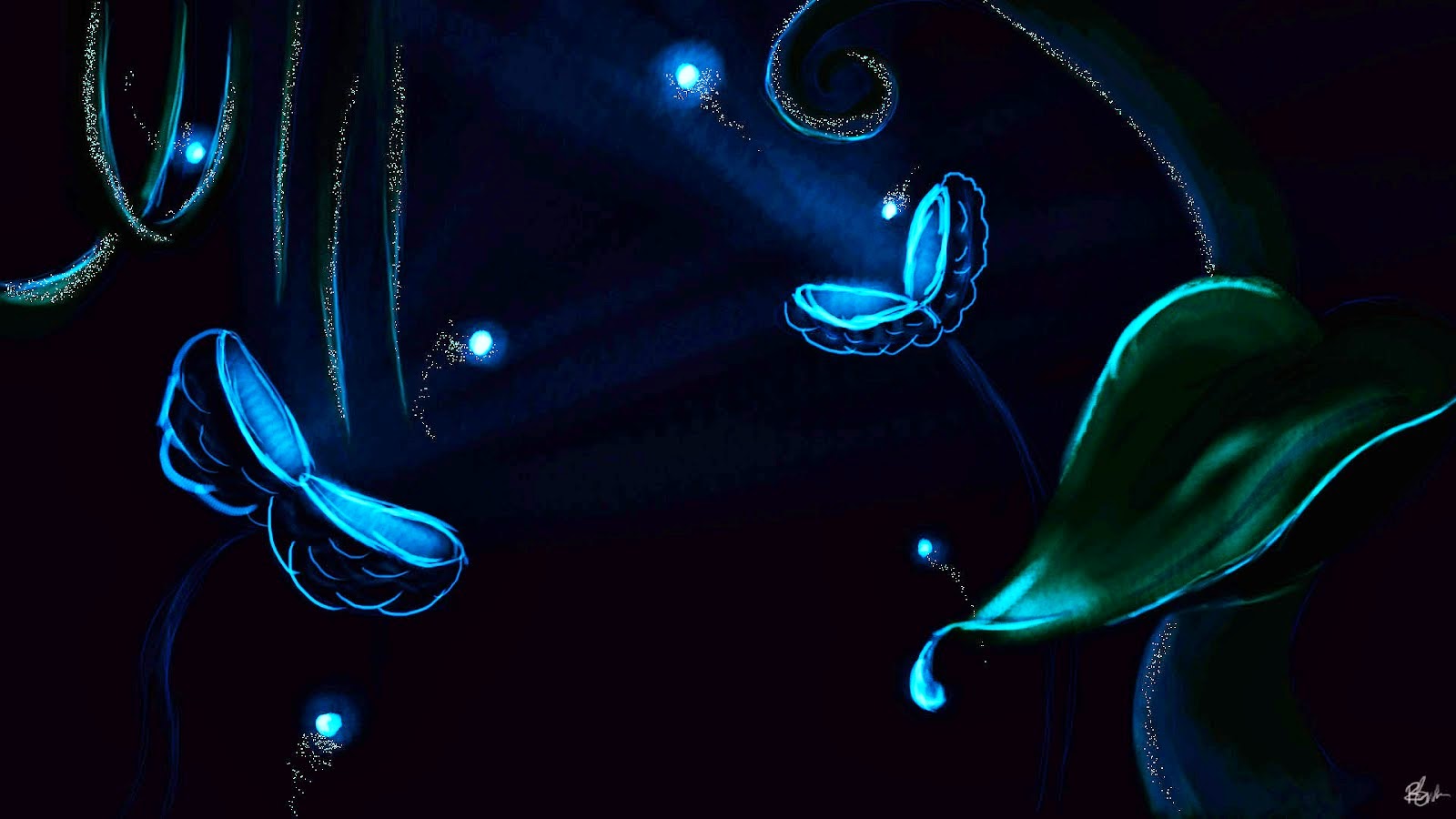 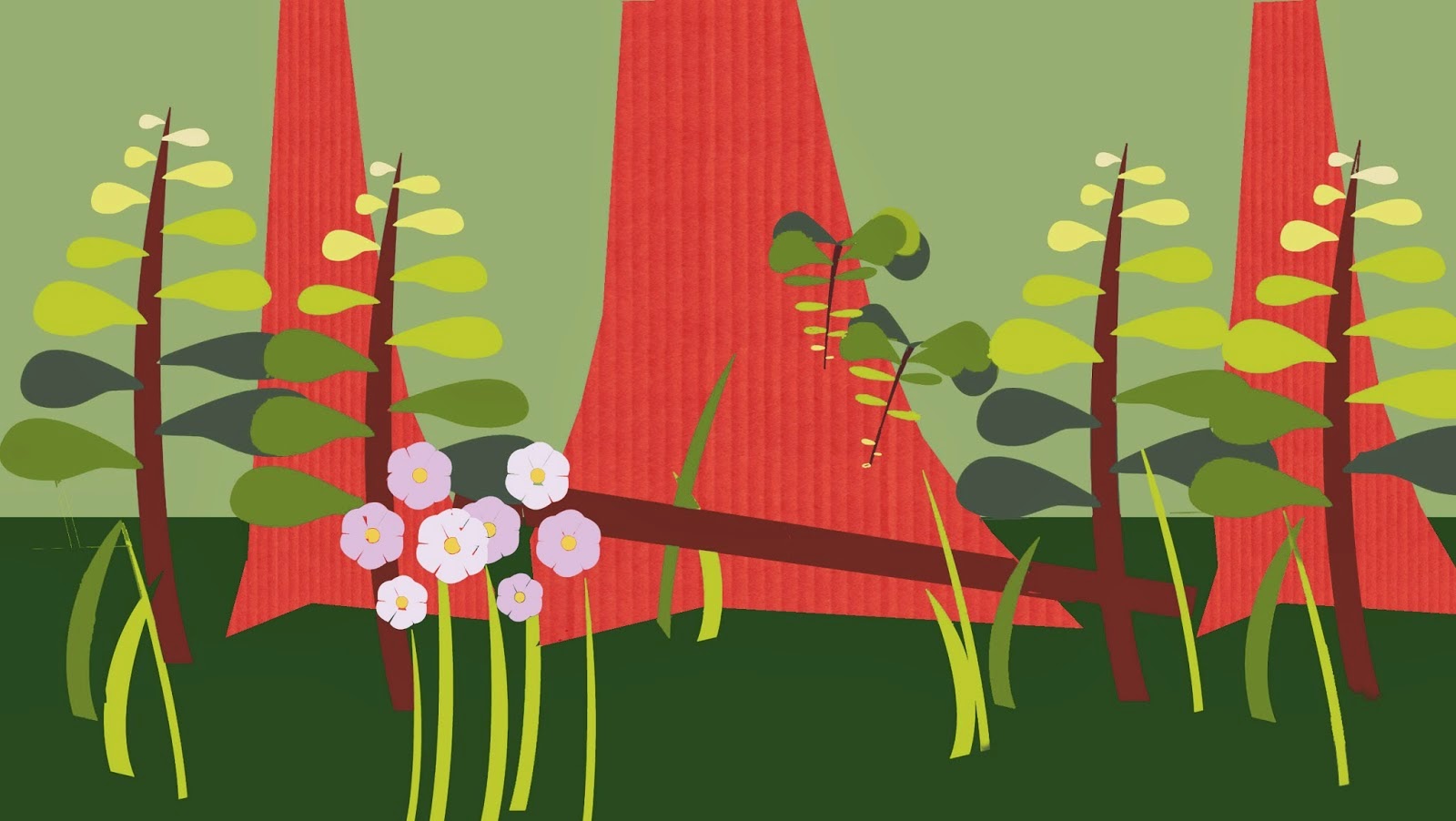 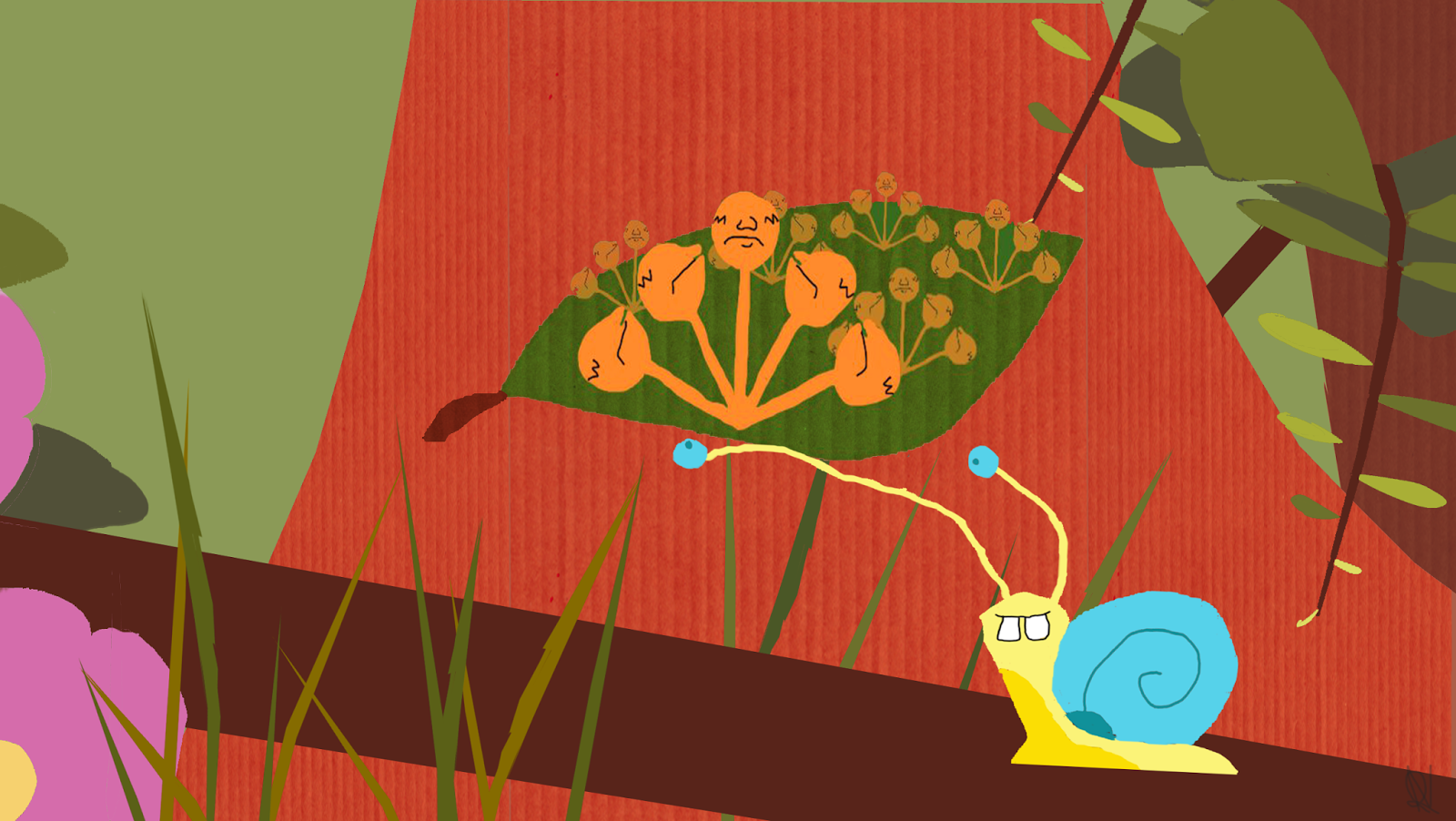 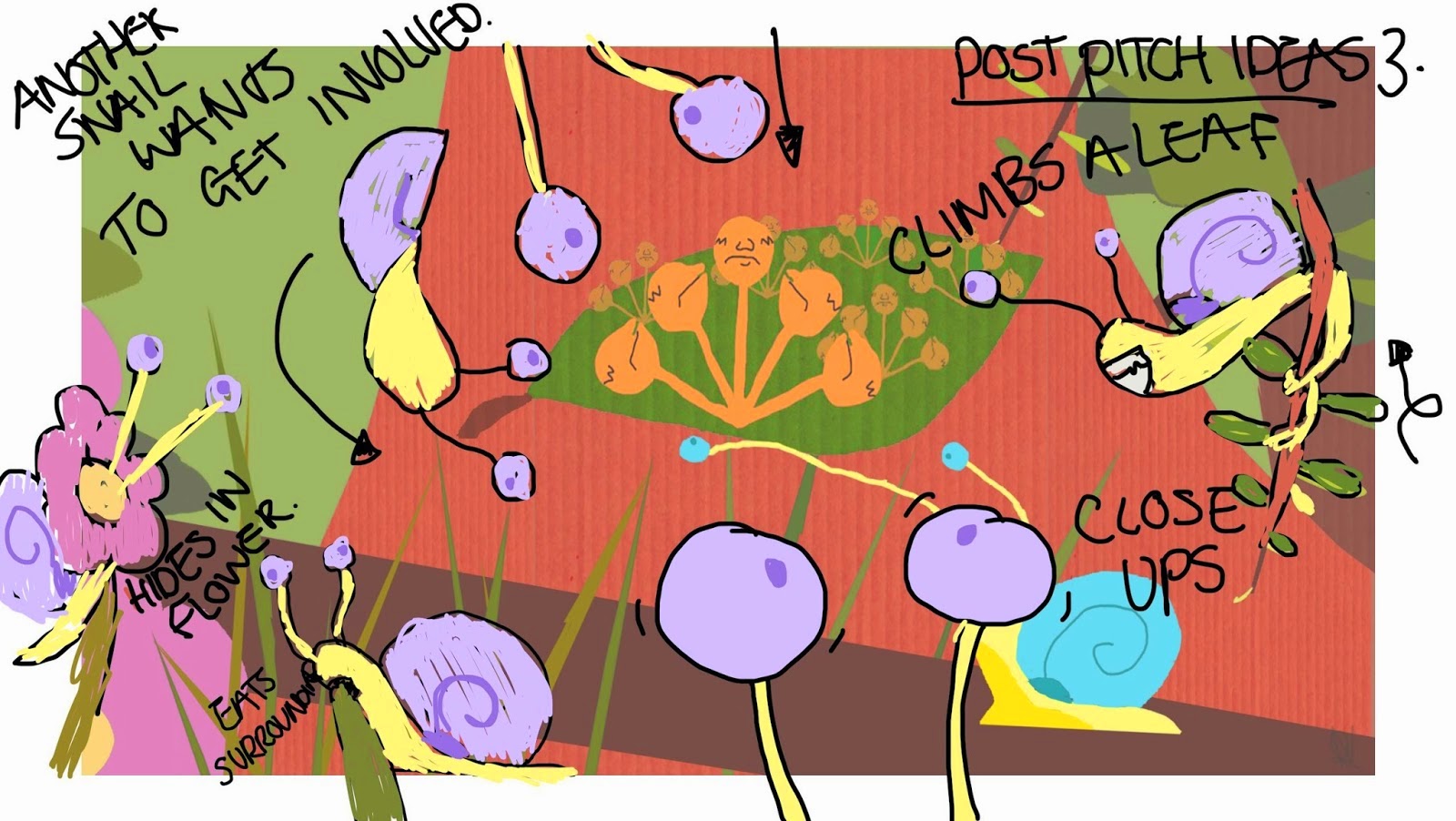 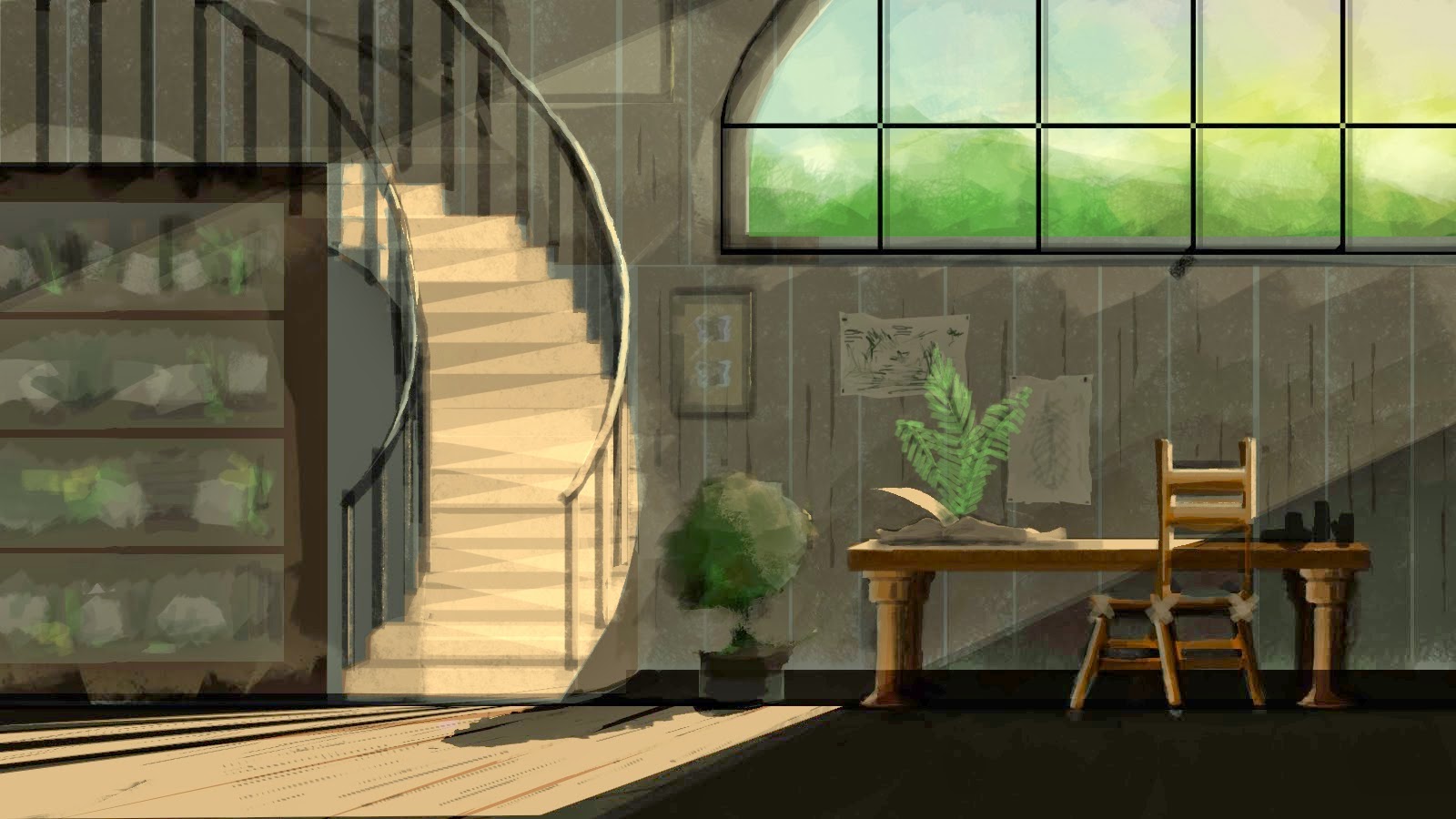 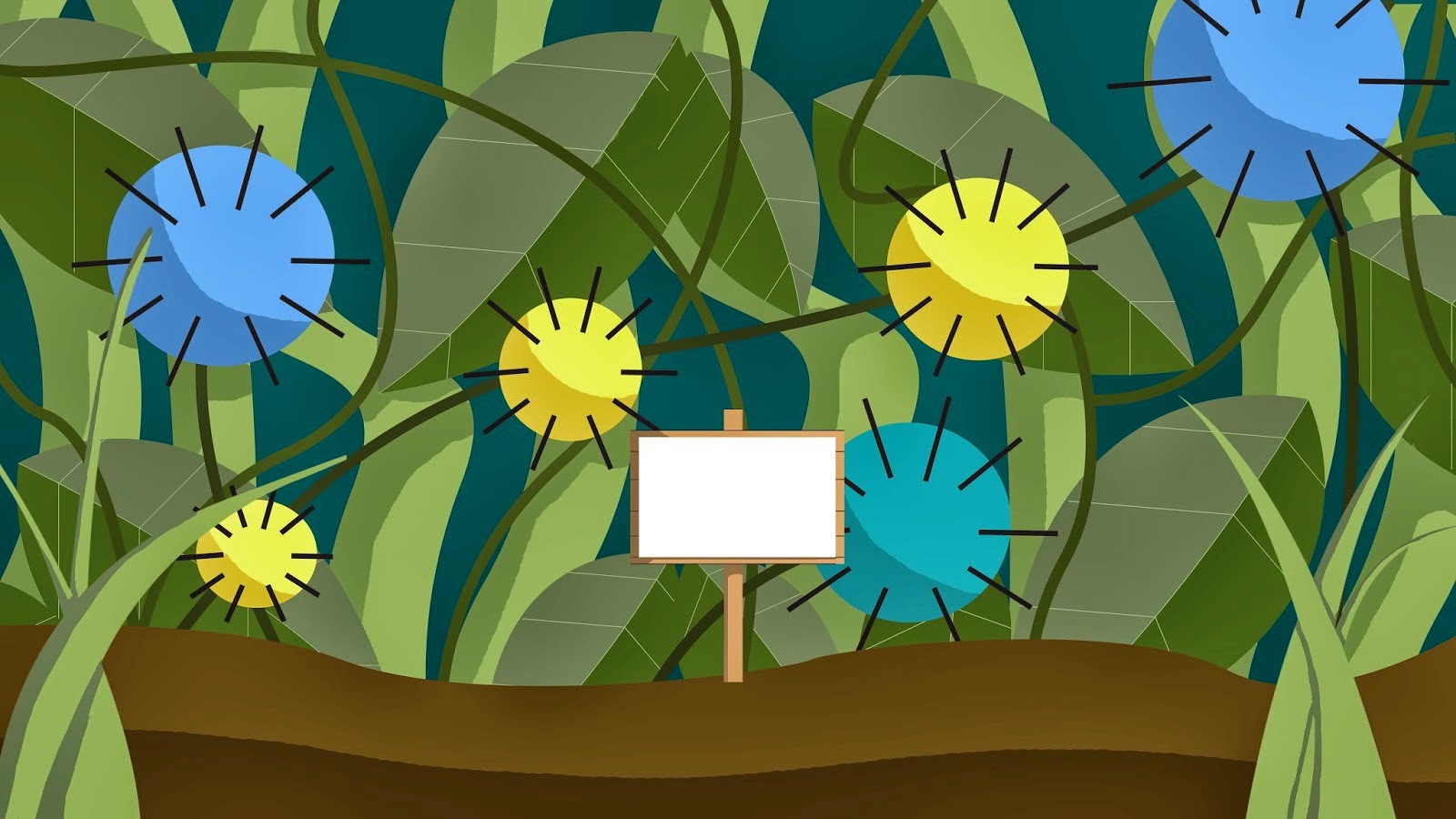 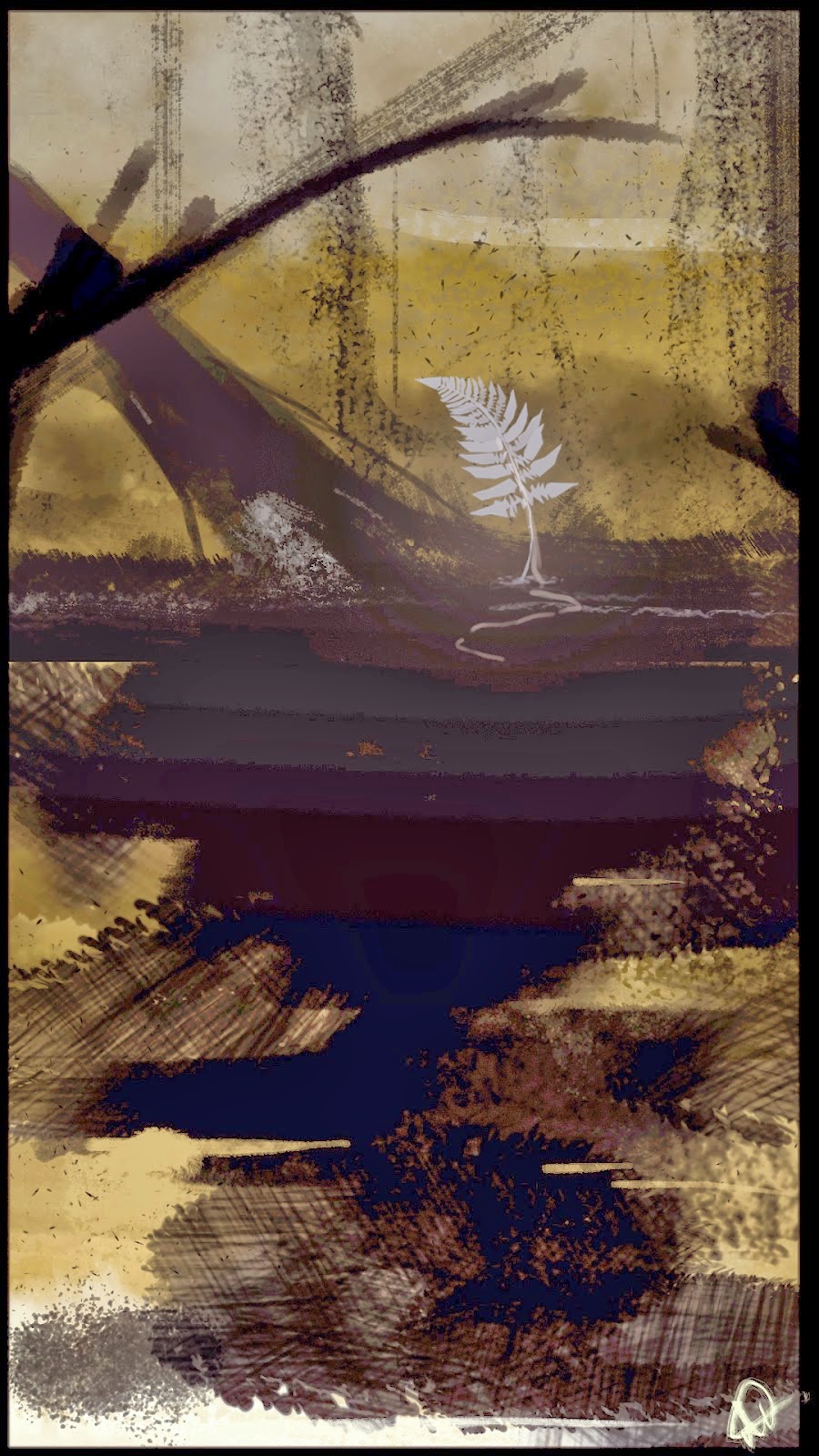 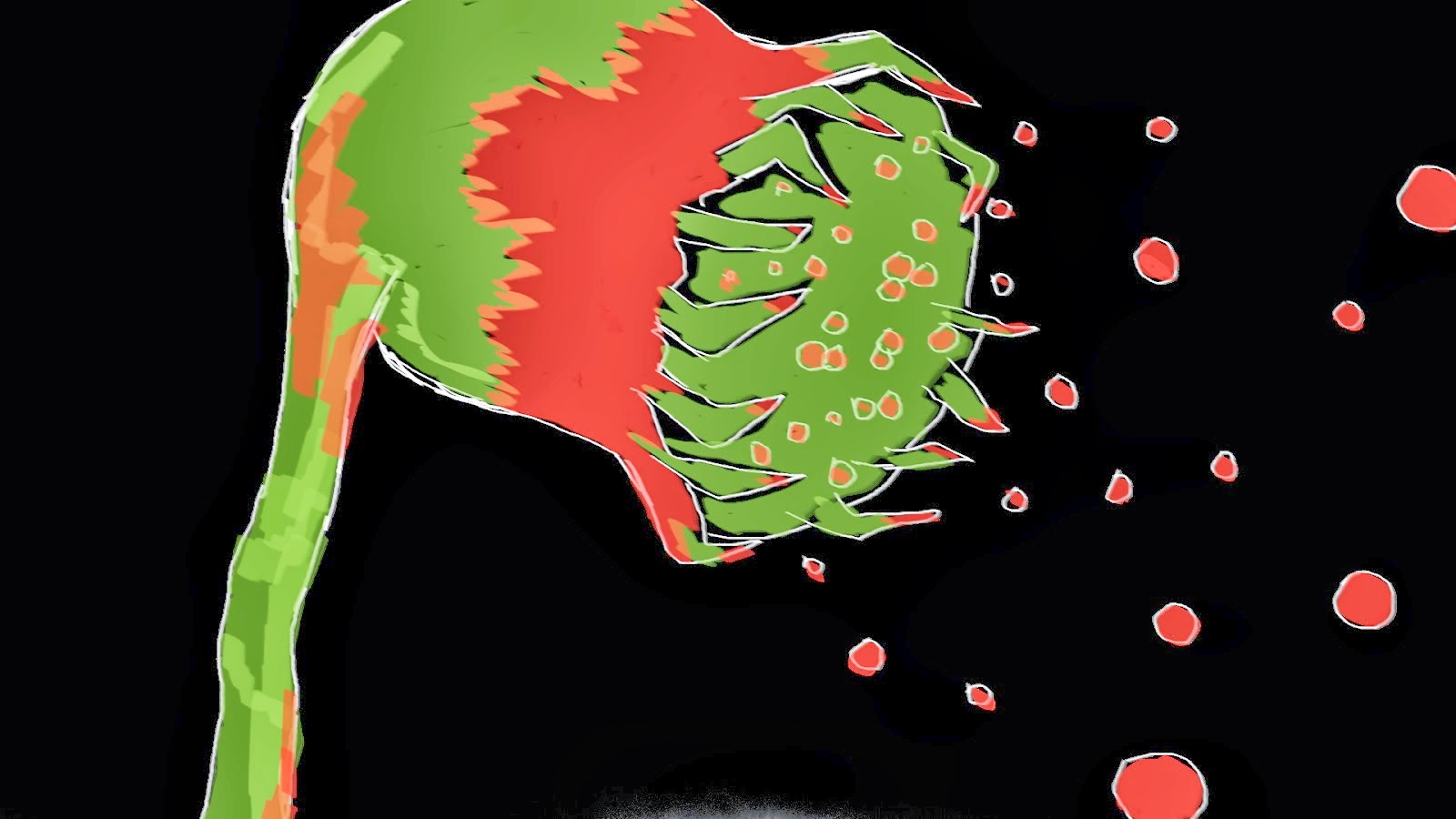 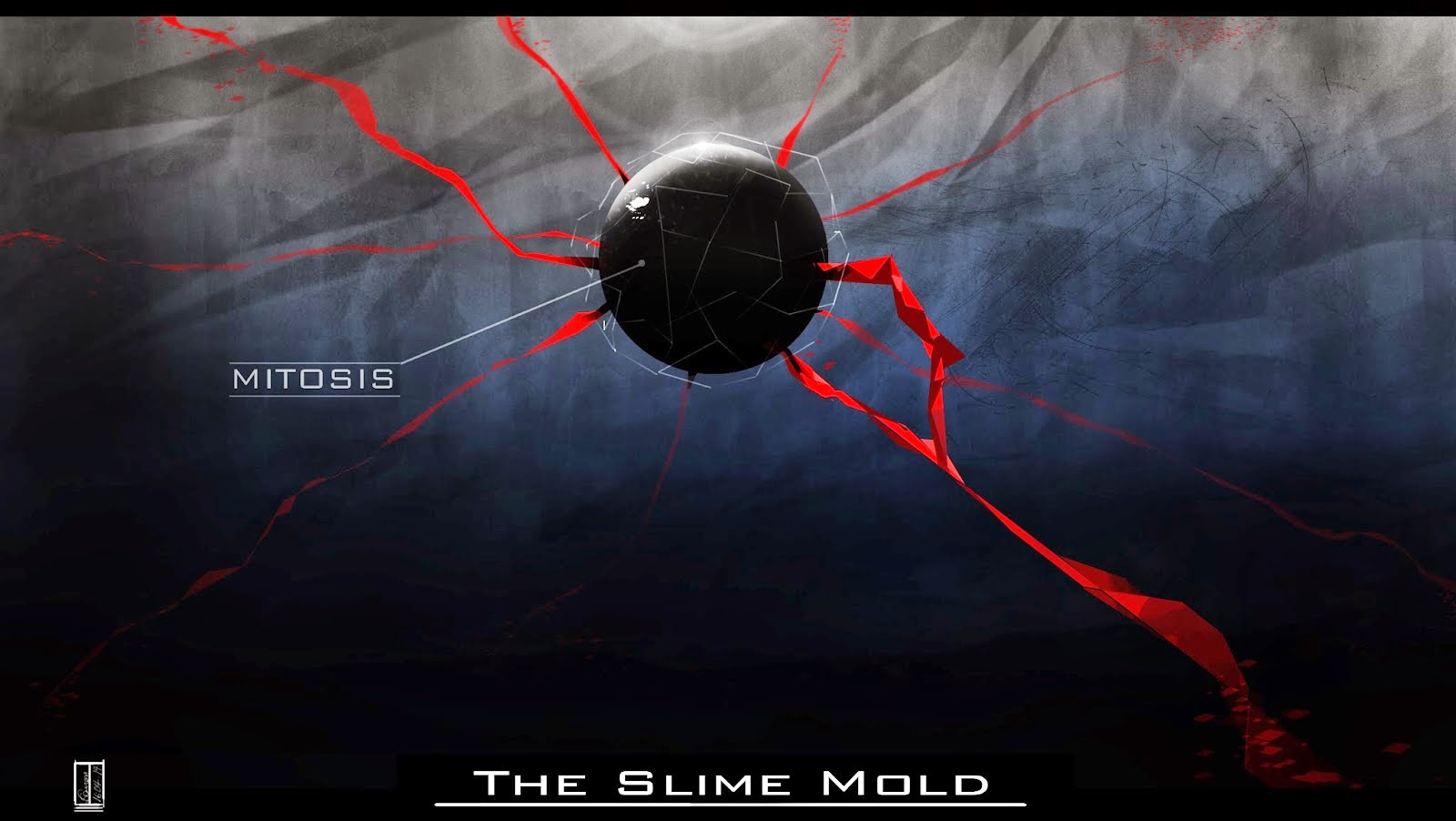 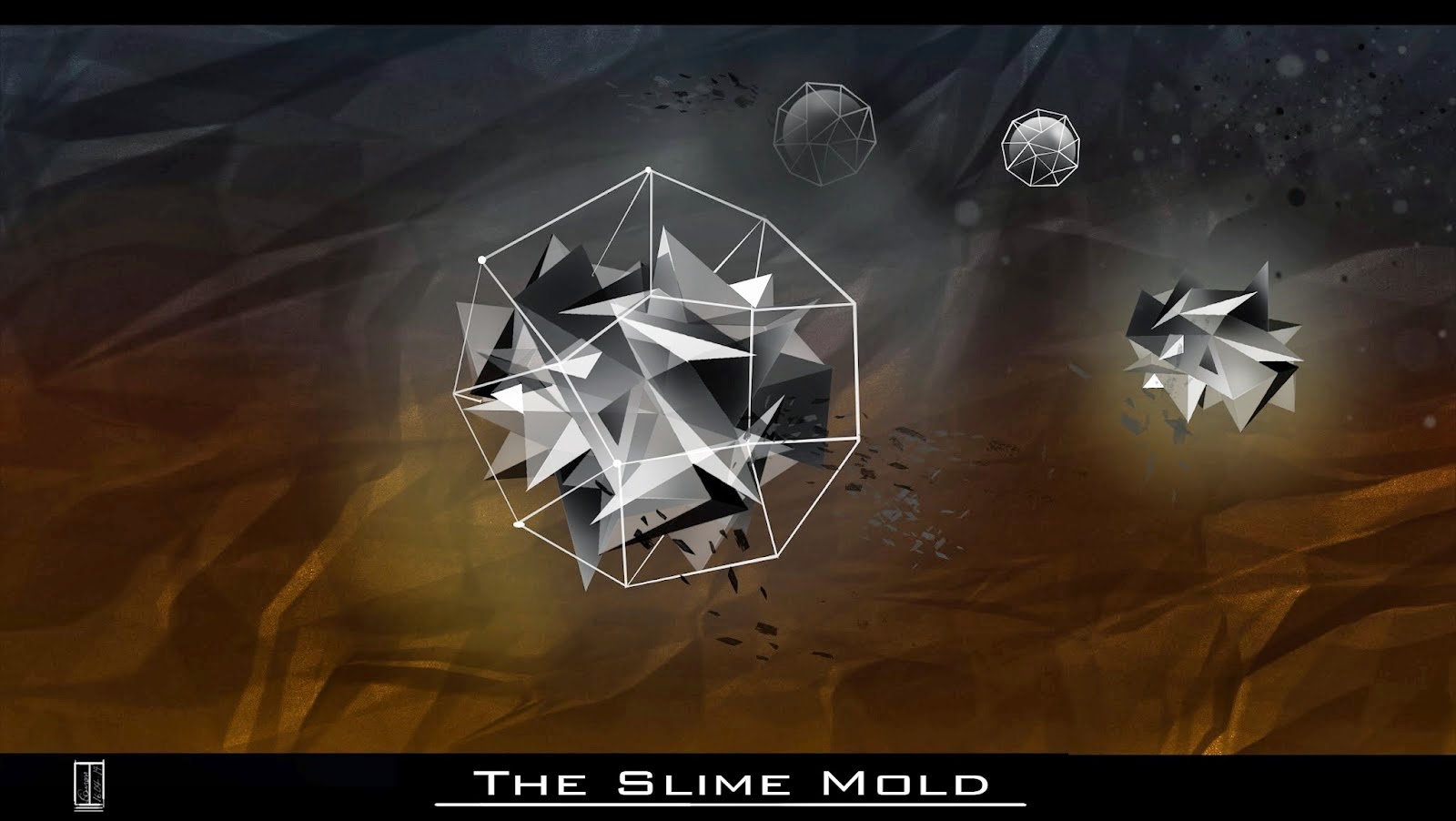 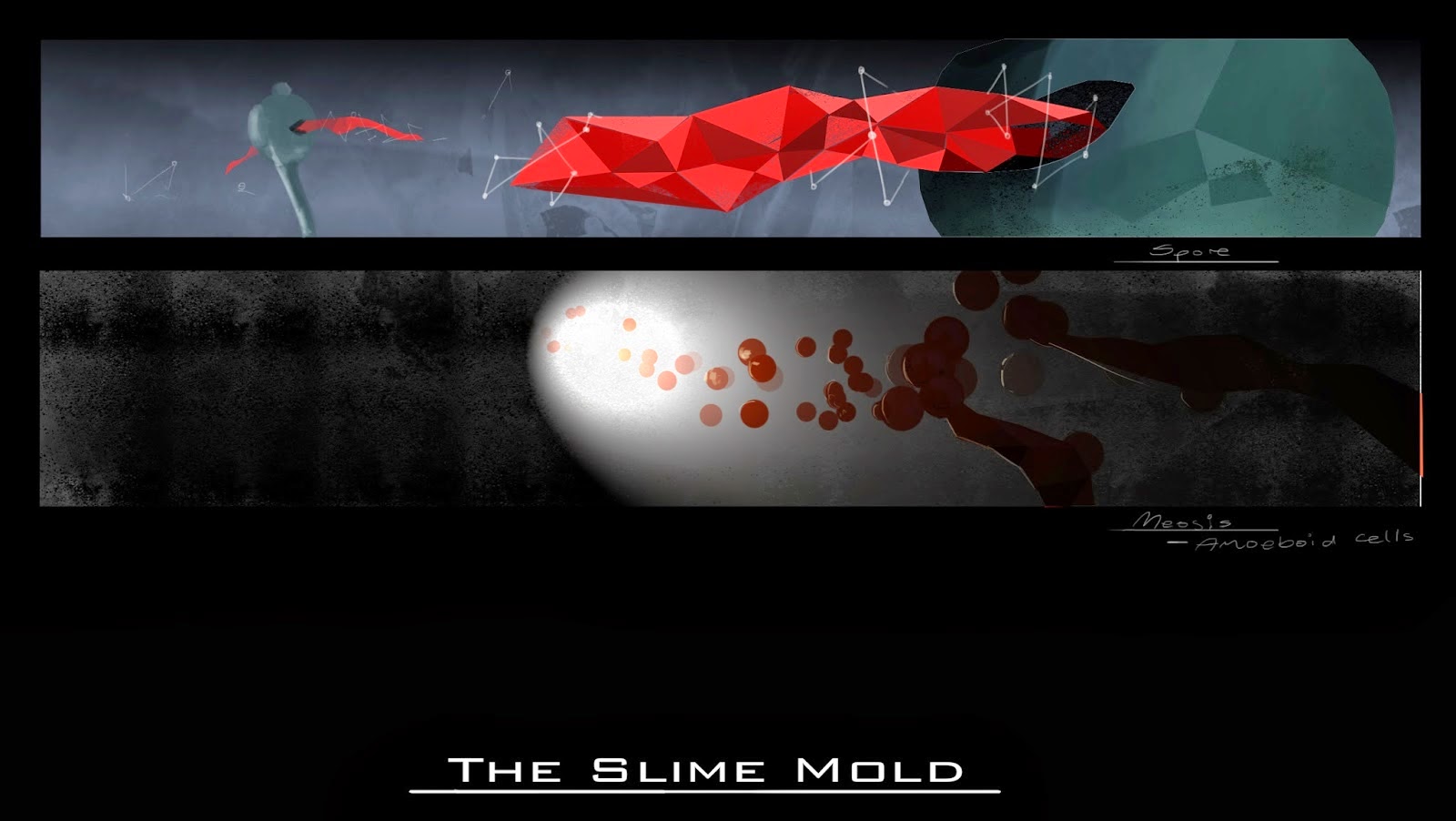 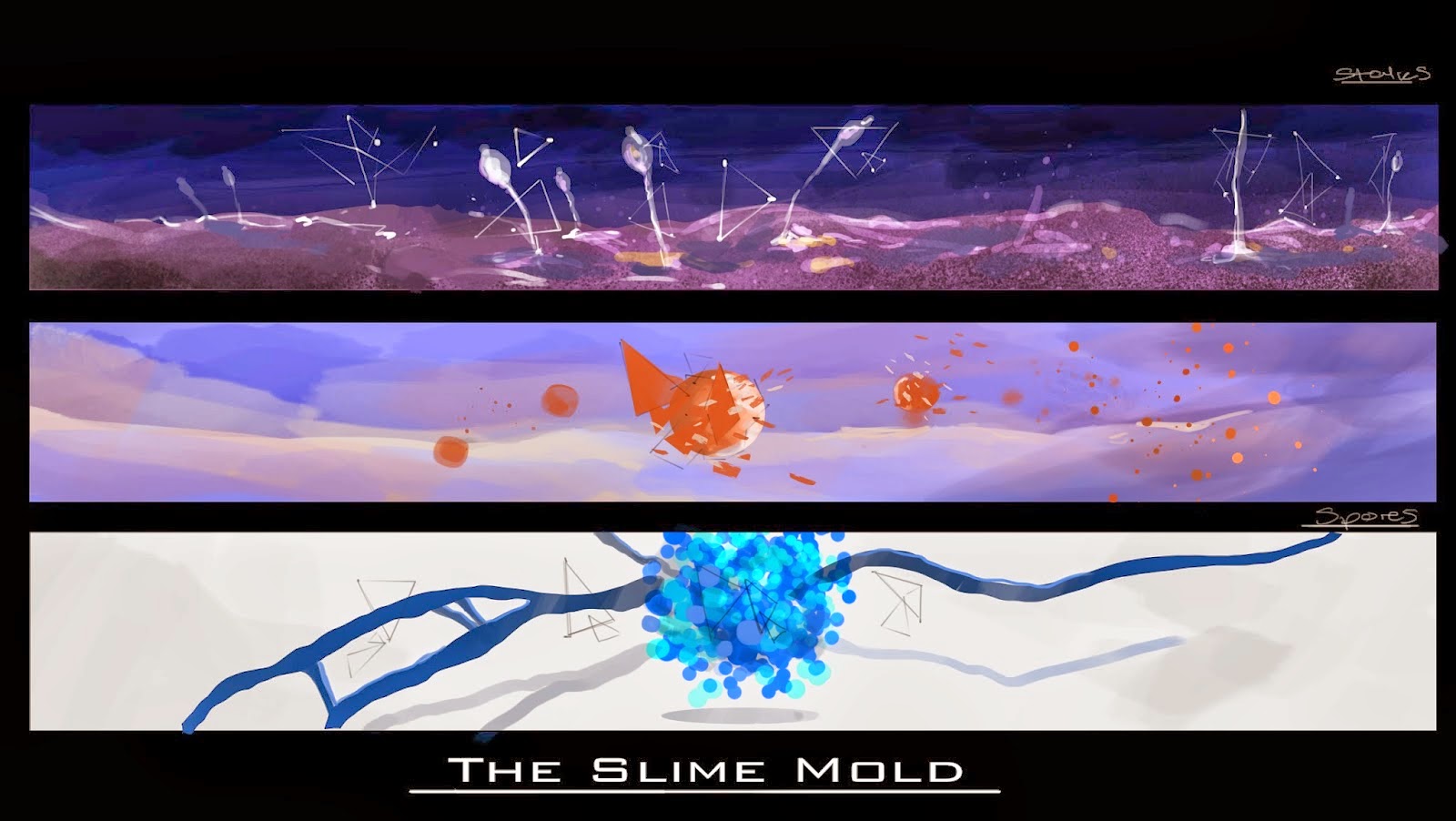 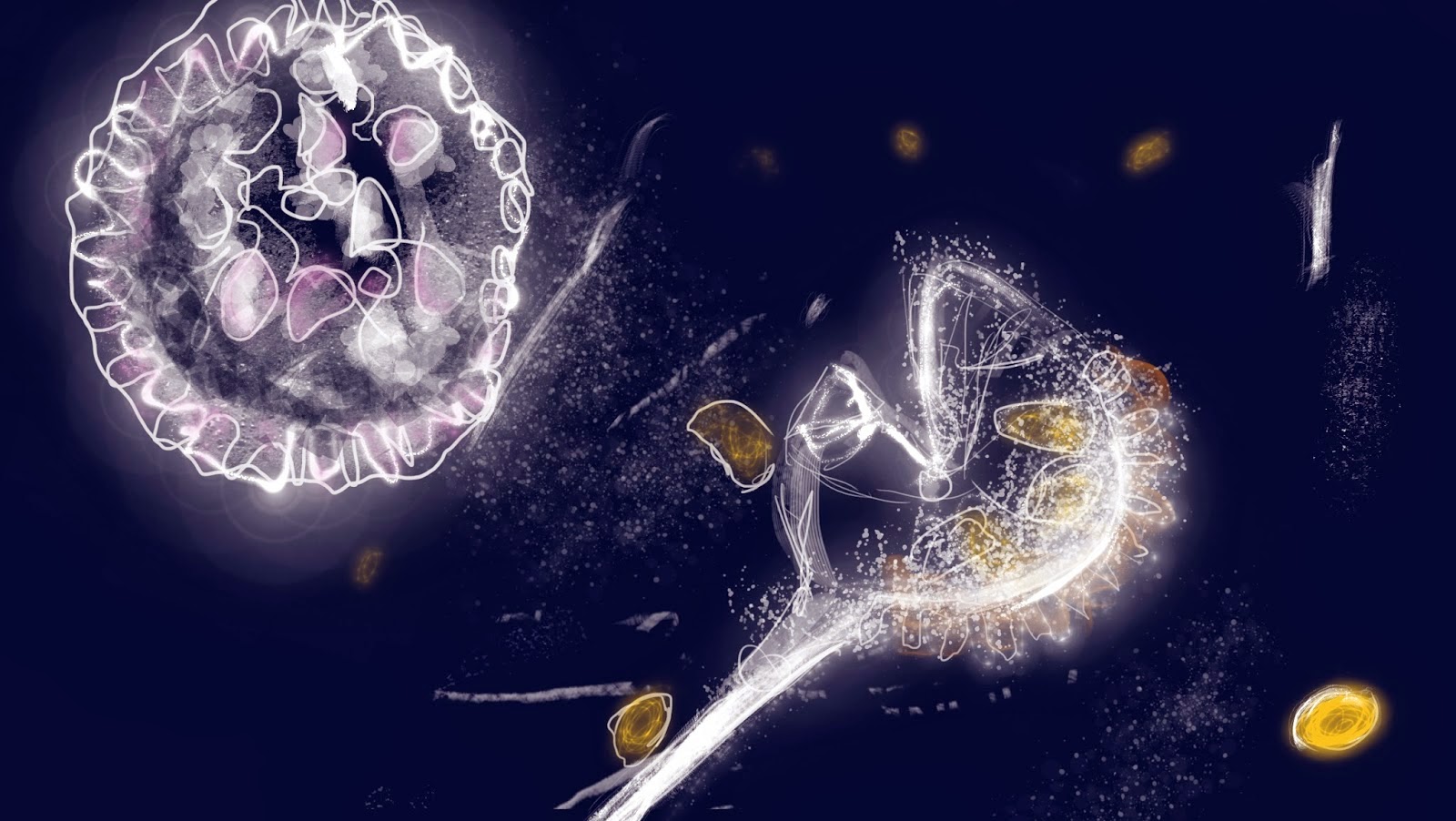 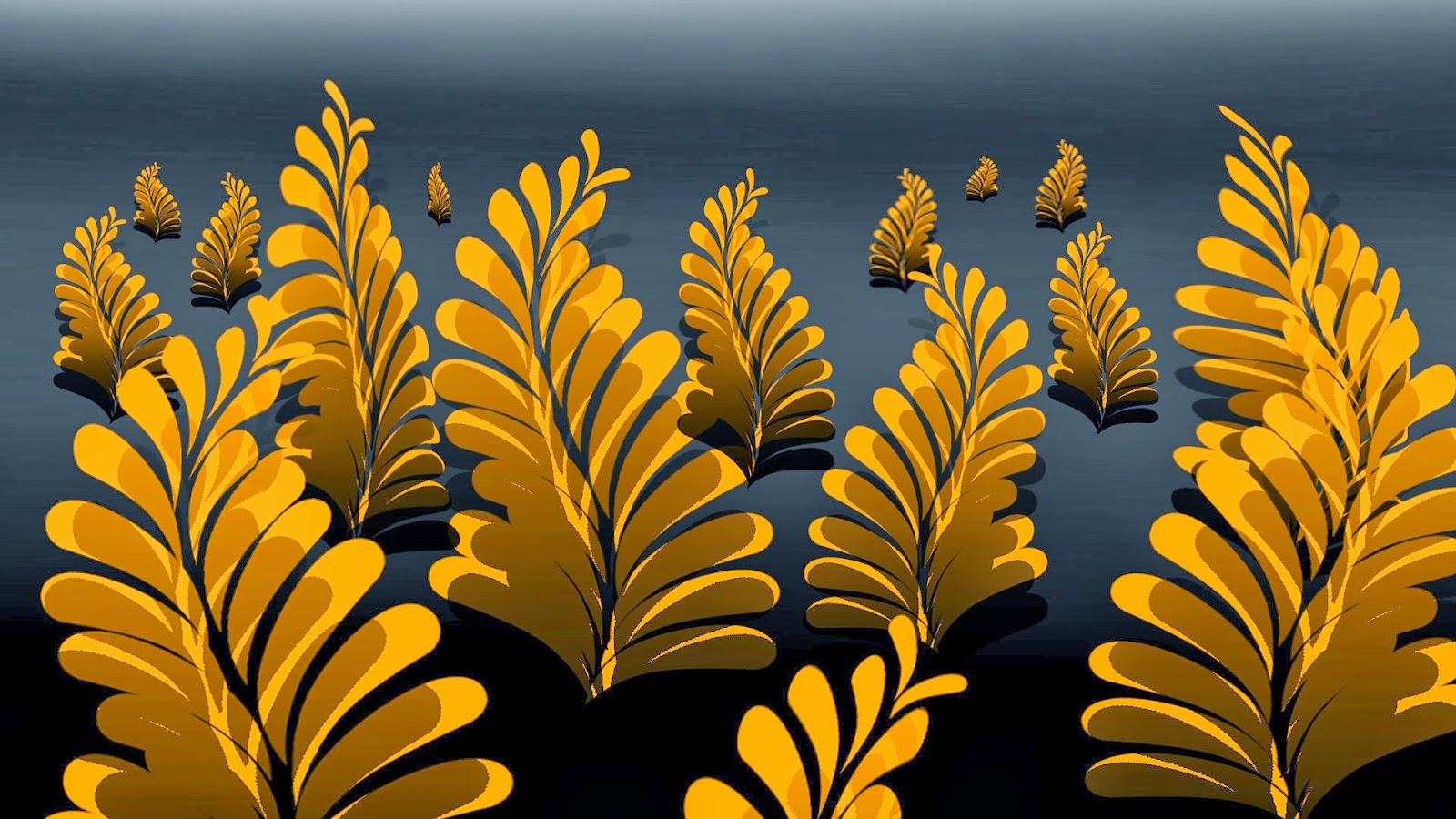 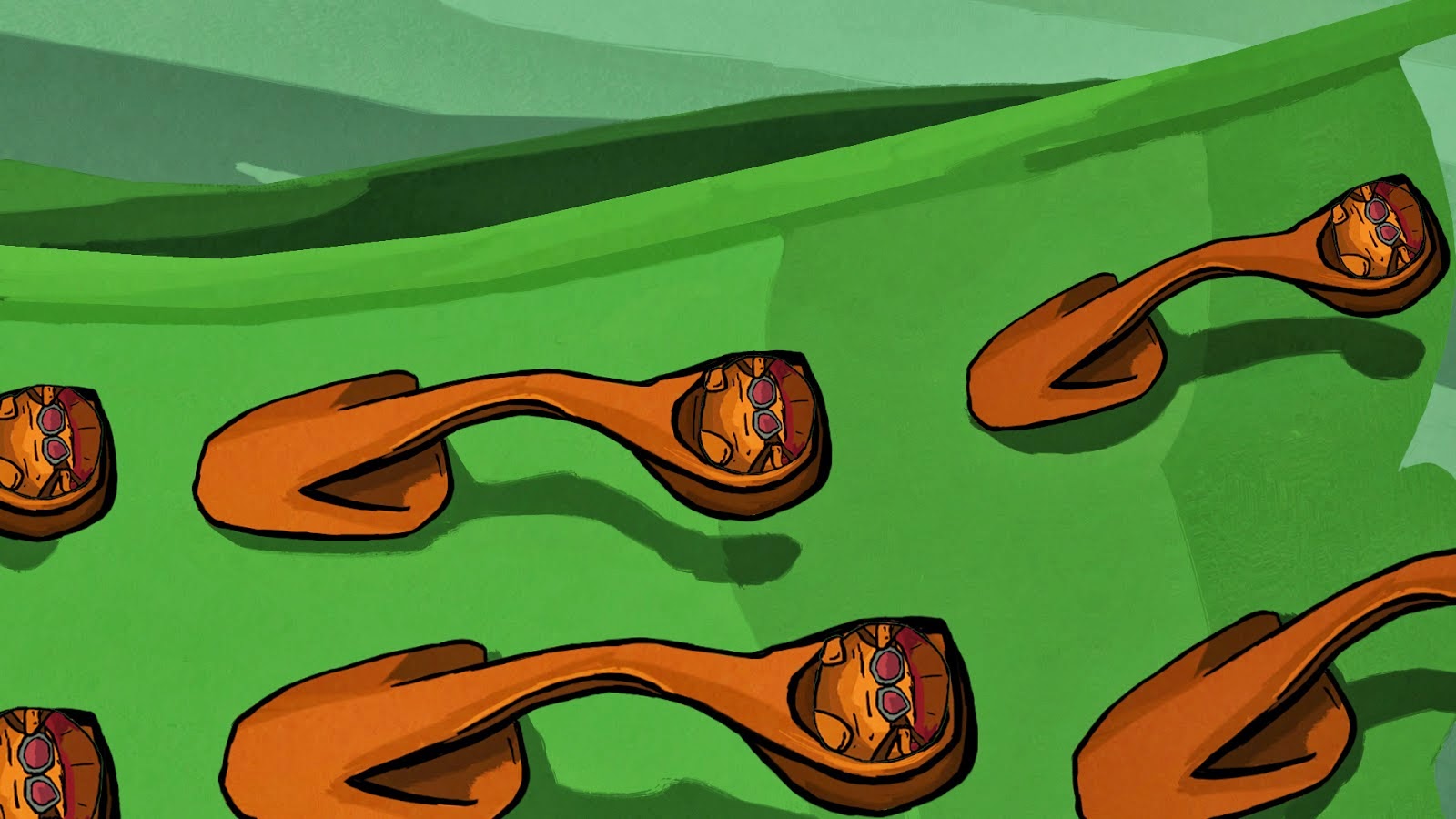 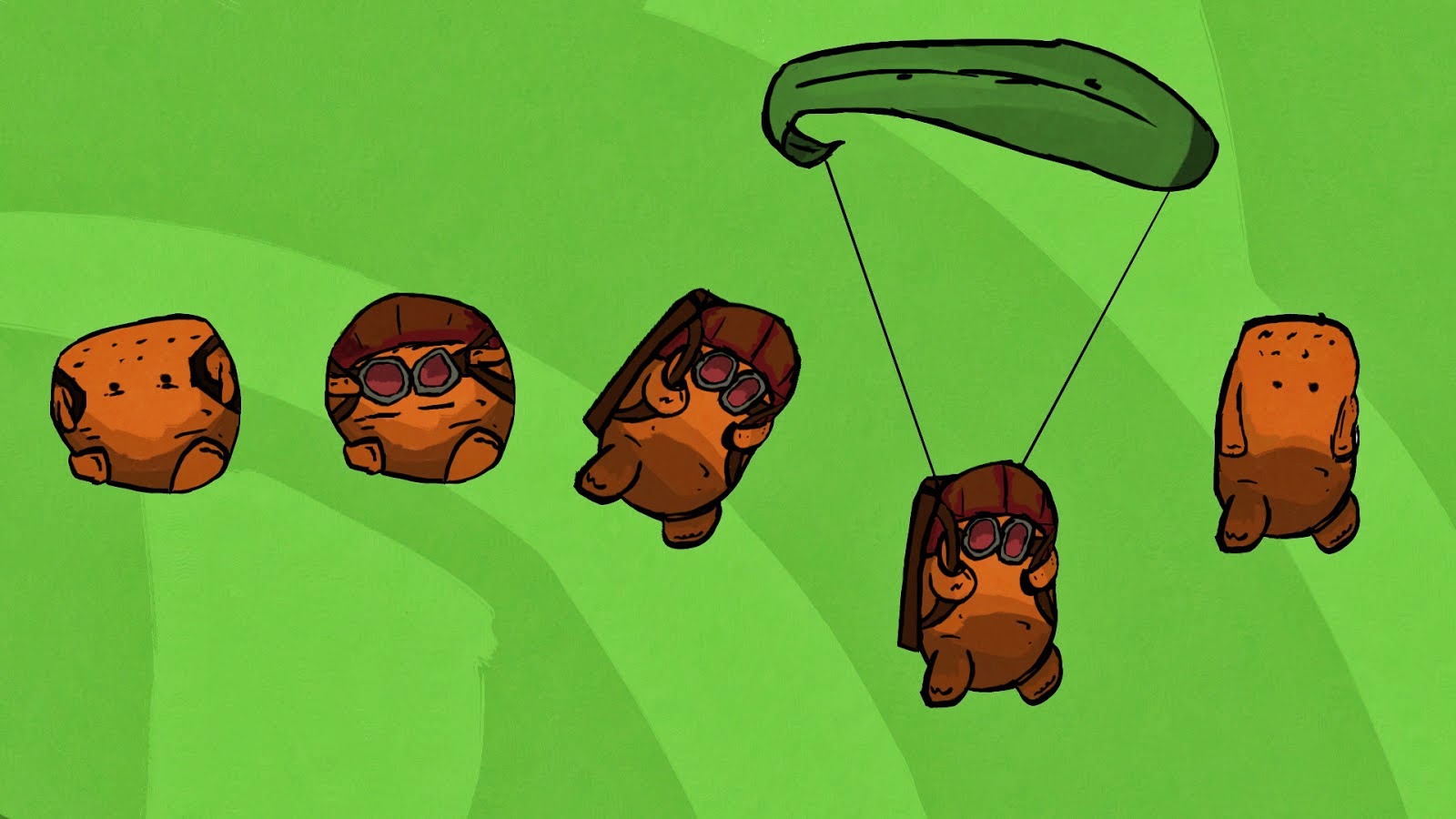 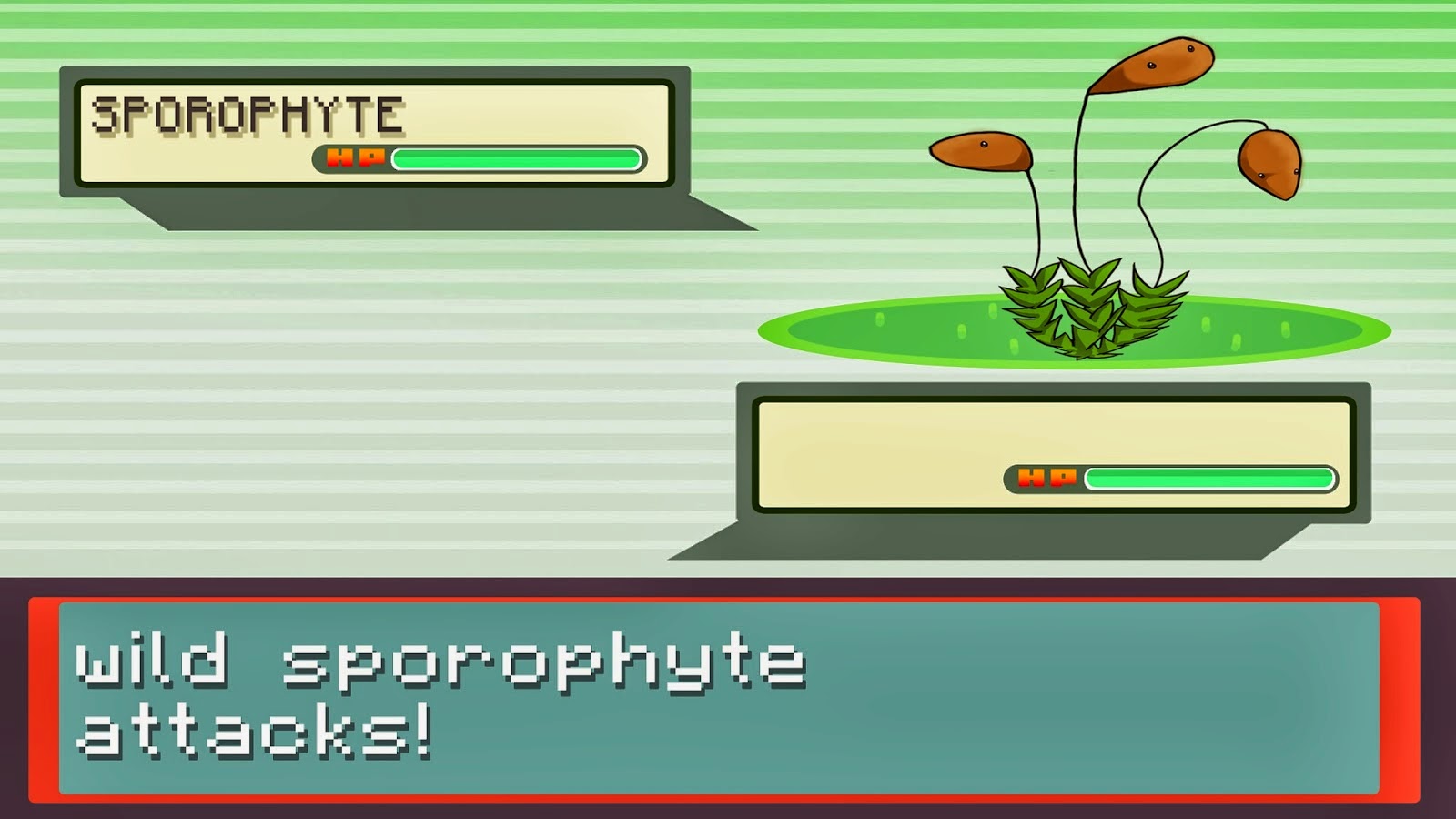 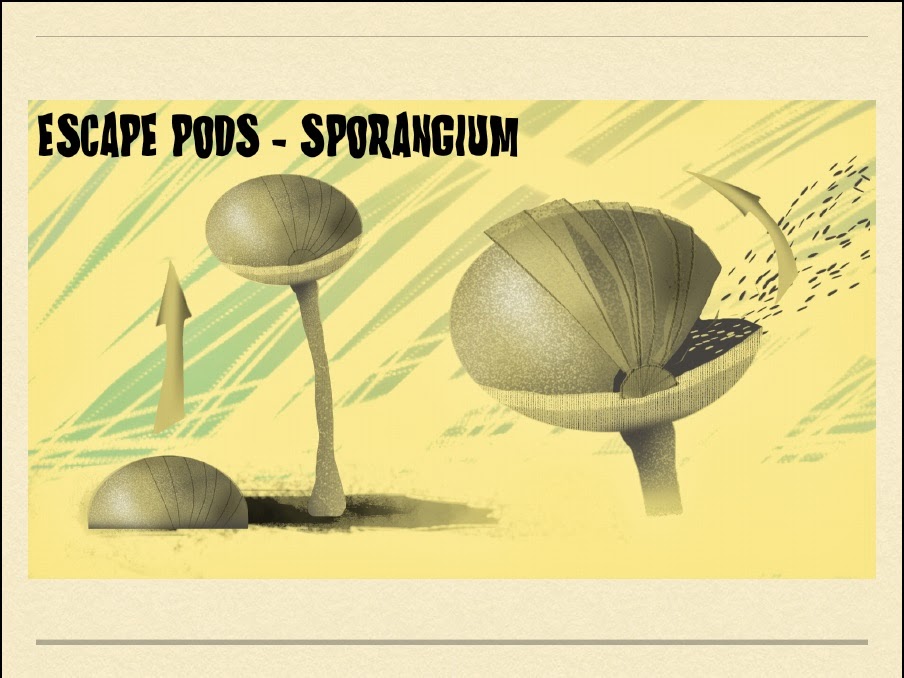 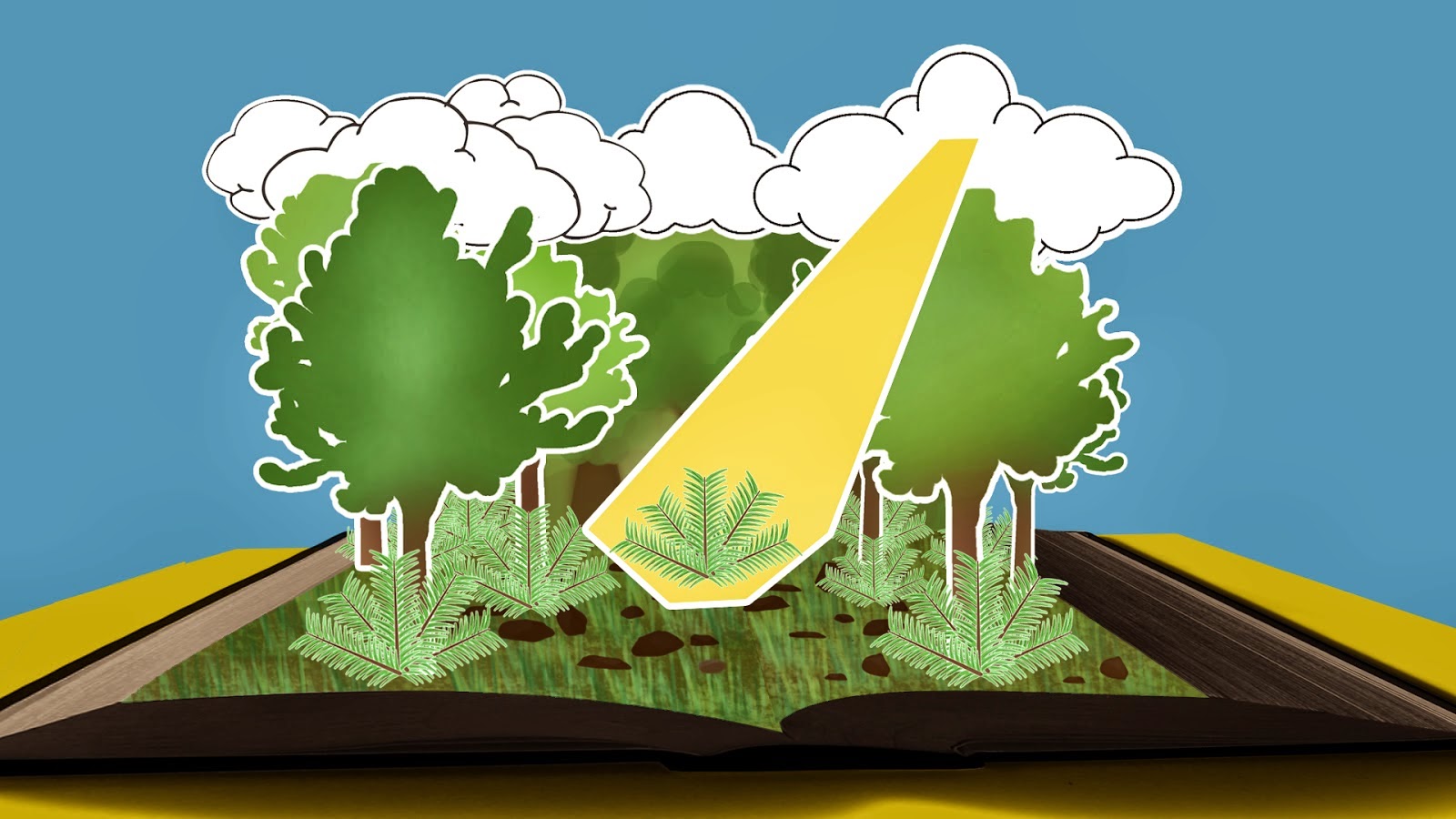 Akinbiyi Babarinde - I Am Legend

Meanwhile, the scale, ambition and execution of our third years' projects is creating real excitement lower down the years.  Indeed, our creative community is fairly buzzing with expectation, as the daily updates to year three blogs tantalise and inspire...

Nat is combining stop-motion character animation with CGI environments for her animated short, Mother's Days, and has been hand-crafting everything from her titular mother figure to the dinkiest portion of seaside fish and chips!

Tom Farrington is, right now, a human-blur of animation and playblasts, powering through an intimidating 'to-do list' in his continuing efforts to bring his Experiment IX trailer to full CGI life.  It wouldn't be an exaggeration to say that Tom's near-daily snippets of previz are electrifying visitors to his blog, as his characters Fat Cat and co. come so convincingly to life...

Anita is collaborating once more with composer, George Grinling.  Avis, Anita's minor project, took as its inspiration the flight, feathers and flurries of birds, and George was challenged to evoke avian antics musically to further inspire Anita's art direction.  This time, George has worked with Anita to express the sights, sounds and sensibility of India in an ode to the travels and trajectory of Anita's mother's personal history.

Polydoodle Pictures is the studio name for a three-way collaboration between Sammy Butler, Chrissie Peters, and David 'Stitch' Vandepeer, and in common with Nat Urwin's Mother's Days, & Son is an animated short combining different methods of animation - in this instance, 2D sets and hand-drawn animation with 3D characters. 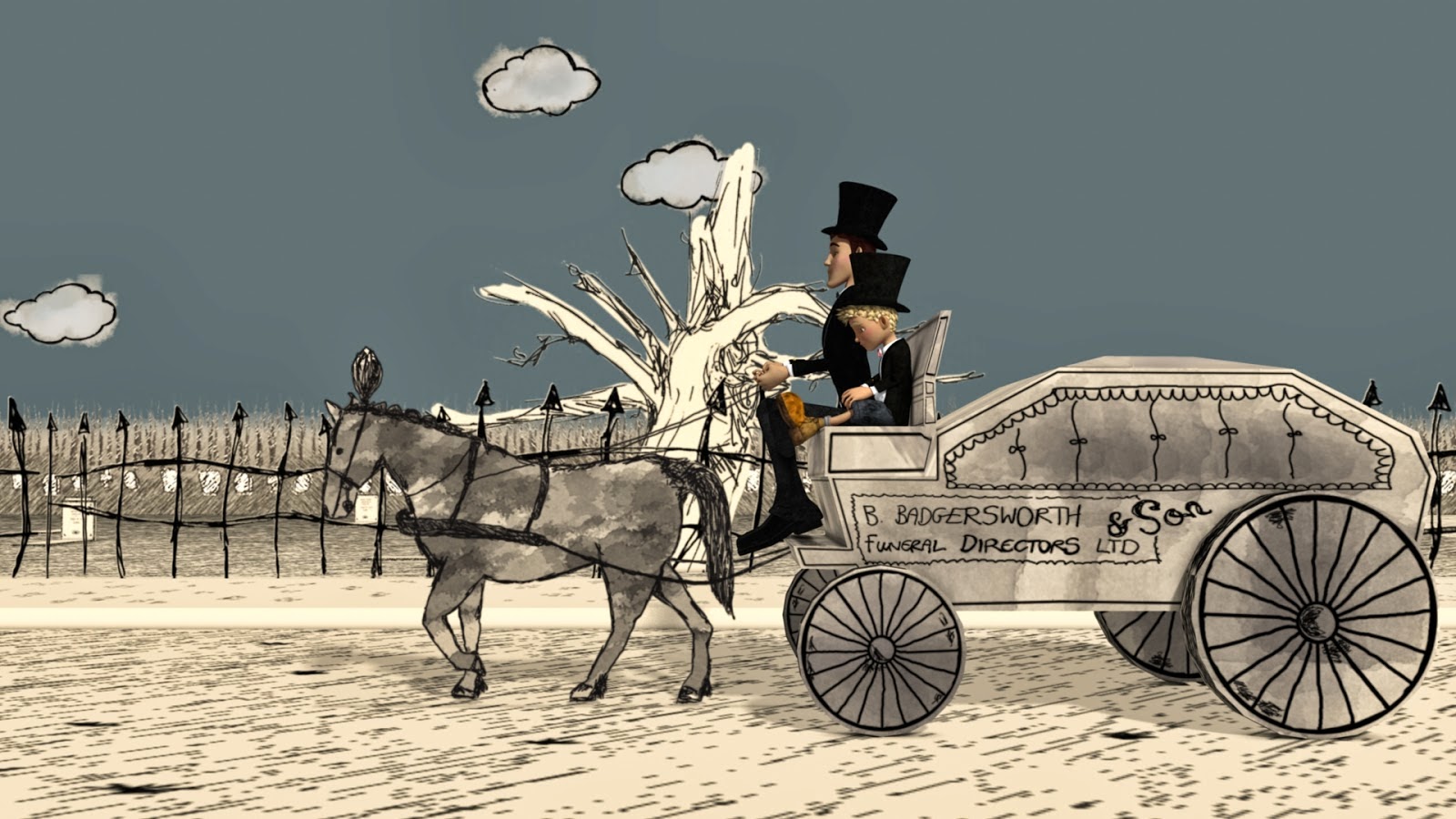 
Urvashi Lele - The Owl & The Pussycat


Urvashi is another of our year 3 students combining 3D animation with 2D elements in her re-telling of Edward Lear's nonsense poem, The Owl & The Pussycat.  Here, the titular lovers - now elderly and in reflective mood - recall their celebrated adventure, with their flashbacks rendered in 2D animation, and their current selves in Maya.


Lloyd is creating an atmospheric gaming environment: an abandoned facility, crushed by ice, the empty corridors, room and laboratories of which provide hiding places a-plenty for whatever hostile life-form has made this abandoned labyrinth its home...

The Cambridge 5 were a ring of English spies who worked for the KGB, so called because they were recruited during their education at Cambridge University in the 1930s.  Taking their story as his inspiration, Gabriel is fashioning a secret lair for the 5 spies as part of a gaming concept, which fuses Country House grandeur with Soviet stylings, by way of Dr Strangelove...

Joey Ku - The Carnival Of The Animals (Previz Draft 03)


Joey's animated short highlighting the continuing extinction of different animals has reached 'draft 3' in terms of previz, as Joey trouble-shoots translations between her original 2D animatic and its 3D manifestation - including a whole new sequence involving her characters silhouetted against vibrant, abstract backgrounds.

Lydia's animated short, Eglinton Road, is a highly personal piece that both recreates and re-imagines her late grandmother's home as a digital set infused with real-world details and dream-like nostalgia.  One of Lydia's ongoing technical challenges has been to evoke this soft, impressionist feel through subtle texturing and sensitive lighting.

Regular followers of the blog of CGAA graduate and former Artist-in-Residence, Tom Beg, will know he has a keen eye for the transformative effects of black and white photography. If you're not yet one of Tom's regular followers, you should be; his creative output is eclectic, personal and sustained, ranging from his recent Impressions series, the animated shorts The Picture Of Dorian Gray and The Life-Cycle Of A Mushroom, to the jazzy abstract impressionism of his collaboration with fellow CGAA graduate, Jordan Buckner on the Darius Milhaud animation, Le creation du monde.

Tom  is currently working on an animated music video for Collectress - "a quartet of long-term musical collaborators from London and Brighton. Their music treads a joyful line between the intricate and organic, with a nod to everyone from Philip Glass to Bach to John Adams, improvisors like The Necks to lo-fi chamber groups such as Rachels. They play and write with a sense of narrative, drawing the listener into a thoroughly distinctive and beguiling world of experimental chamber music."  Tom's journeys into the often melancholy terrains of transformative black and white photography make him a clear match for the pared down, atmospheric vibe of Owl - a track from Collectress's new album, Mondegreen.


Tom's work on the music video for Owl is in its very earliest stages, but it's already clear to see how Tom's photographic work is informing his approach to animation, working up minimal, evocative visuals using a technique as pared down and bare as an everyday marker pen.

Molly 'Class of 2013' Bolder always had a love for designer vinyl toys, a passion for all things cute and collectible that inspired her final major project with us - Dream Cleaners - a proof of concept for a transmedia juggernaut: a cartoon series (and merchandiser's manna) about a motley crew of adorable critters whose job it is to rid children of their nightmares.

Molly's love for toys and toy design has continued; you need only browse her Behance page to find a menagerie of the big-eyed, the weird and the wonderful.  You'll also soon be able to find Molly's work at ToyCon, the UK's only dedicated designer toy convention.  I can't say too much more on here yet, but suffice to say Molly's got her name on a poster alongside some of her toy designer heroes after entering a competition to customise one of these.  Our fingers are crossed, Molly! 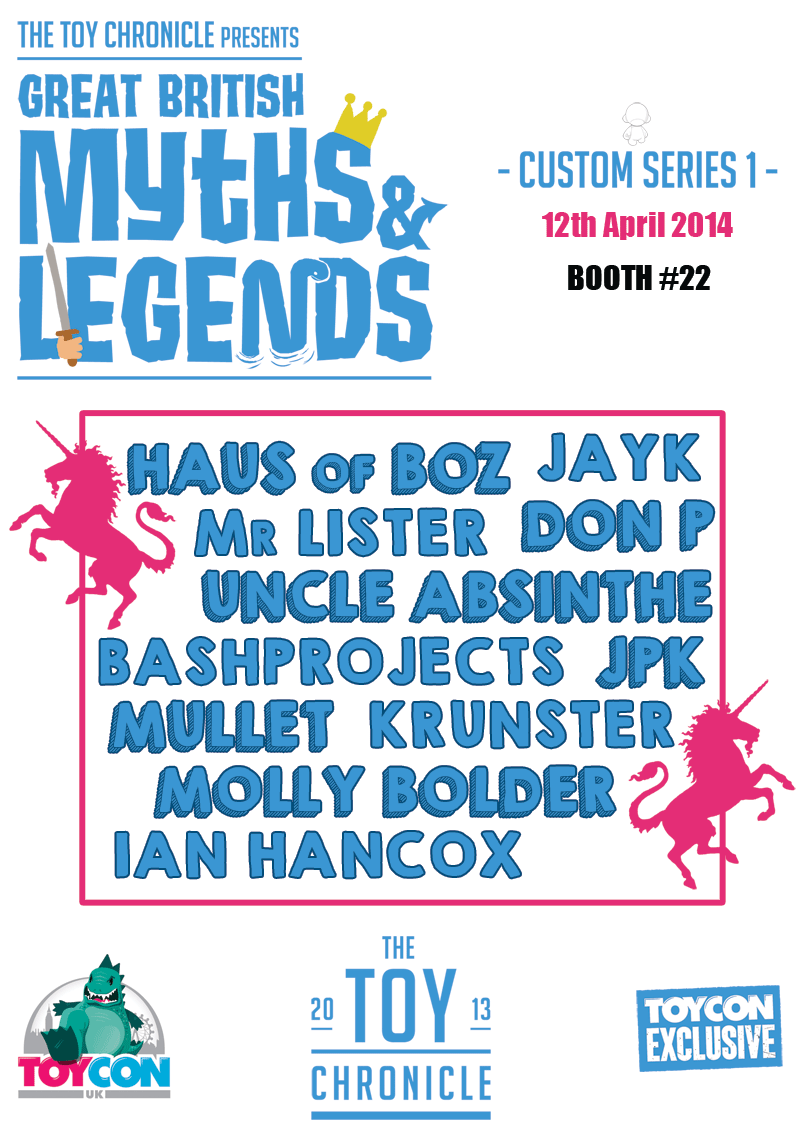 More alumni news now, as Bharathi 'Class of 2013' Anthonysamy sends greetings from Seville, where he's just begun an internship.  I asked him for a few words for the PWTM:

"I feel very excited about starting my 3 month internship at Imago Center in Seville.  Imago Center is a photography and video studio and school, directed by the portrait photographer Francisco Guerrero. So far, I have worked five days at Imago Center animating their brand logo in Maya, filming behind-the-scenes of their shoots and subsequently editing the footage into promotional videos with the animated ident. I am already beginning to accustom myself to the work ethics and owe this to the helpful and supportive staff who always ensure I'm working comfortably. They take their time when speaking Spanish to me so that I understand exactly what they need with my limited GCSE Spanish! I look forward to getting stuck into more projects at Imago Center and to also enjoy the cultural aspects of living in Seville.  I intend to create weekly vlogs of my stay in Seville, and will upload these to my blog when they're done!"

Good luck, Bo - we look forward to hearing all about your adventures upon your return! 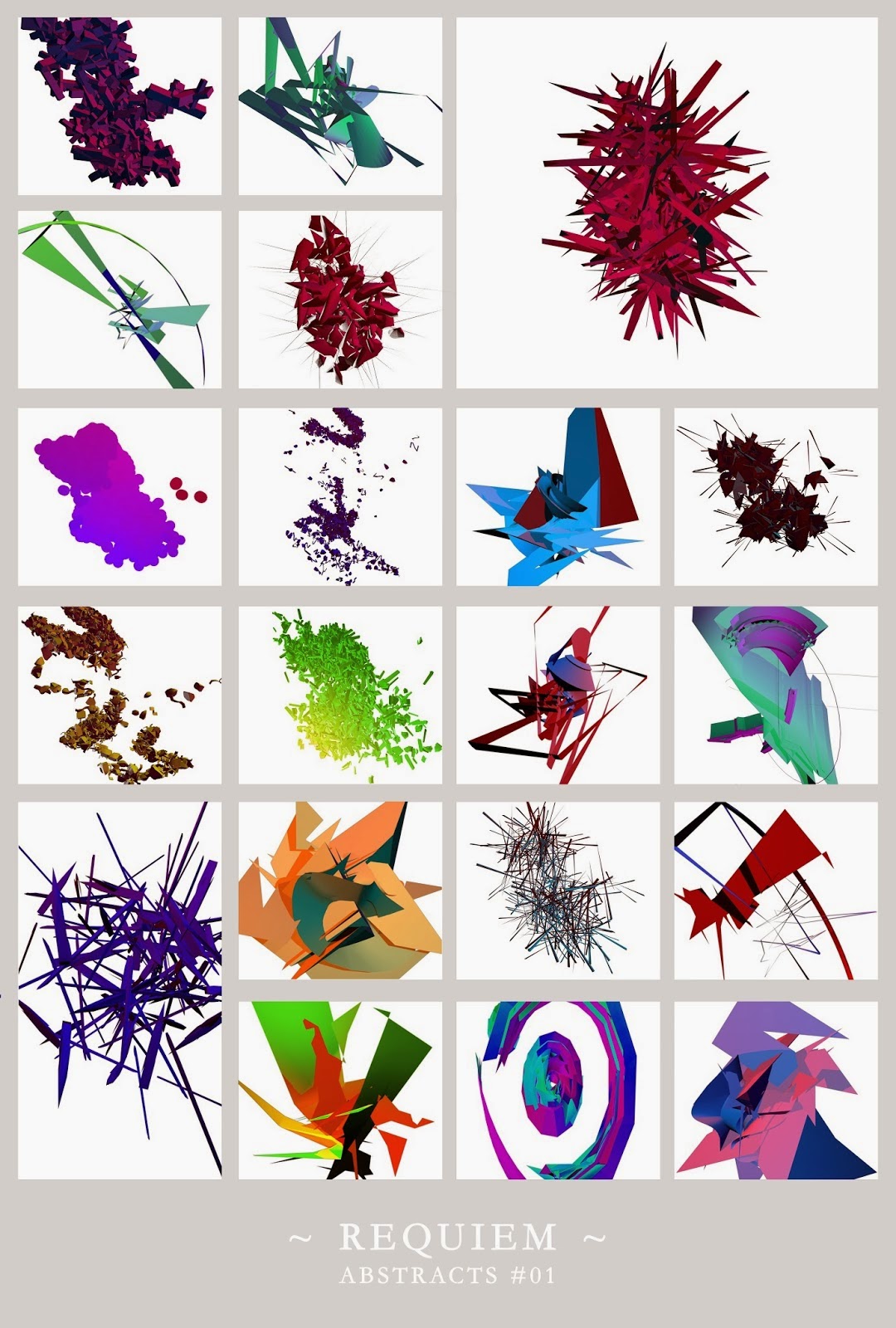 Alongside all the creativity of our students and their various ongoing projects, another project is in full swing - the follow-up to last year's highly-successful collaborative project giving animated expression to the music of Darius Milhaud.  You can read up on the broad context of Project Requiem here, but the short version is that we're seeking to derive physical sculpture from the Kinect data capture of a conductor as he lead three hundred musicians in a performance of Verdi's Requiem.  CGAA senior lecturer, Alan Postings, and graduate, Ethan Shilling had the unenviably complex task of turning Excel spreadsheets into Maya curves, with each curve corresponding to one of the seven 'movements' that comprise the ninety-minute Requiem; 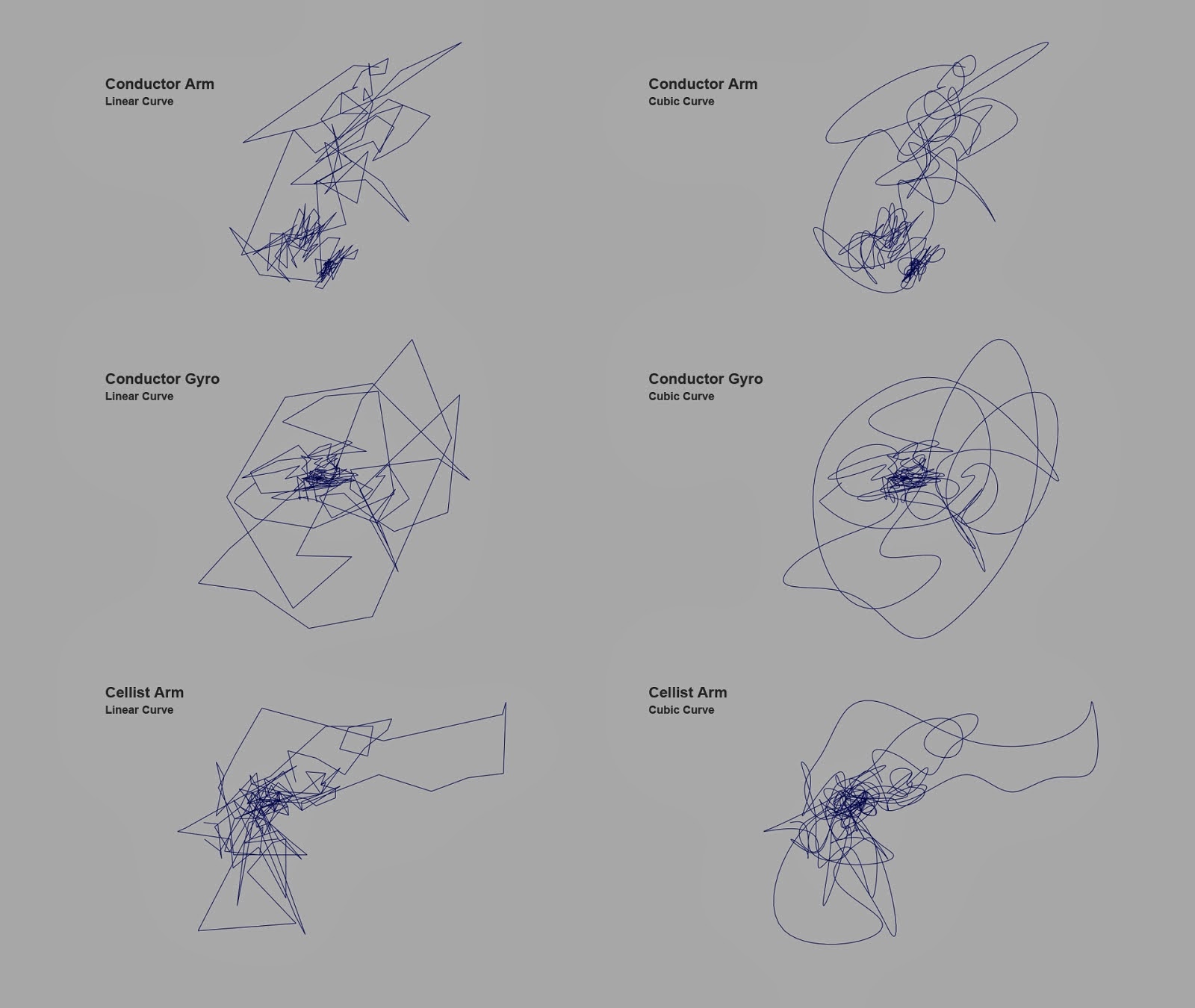 The next stage of the project is all about 'the art', as the team seeks to extrapolate more expressive forms from the basic curves, while thinking too about the practicalities of how the resulting forms might be fabricated out of physical materials.

To this end, CGAA graduate and GTA, Jordan Buckner has been playing fast and loose with our Requiem curves in Maya, applying multiple techniques to fascinating effect.  We're some way off the resolution of our final forms (and very soon our students will be helping us get there), but this is big, speculative project, so do indeed keep watching this space for more updates - and follow our project-specific blog here. 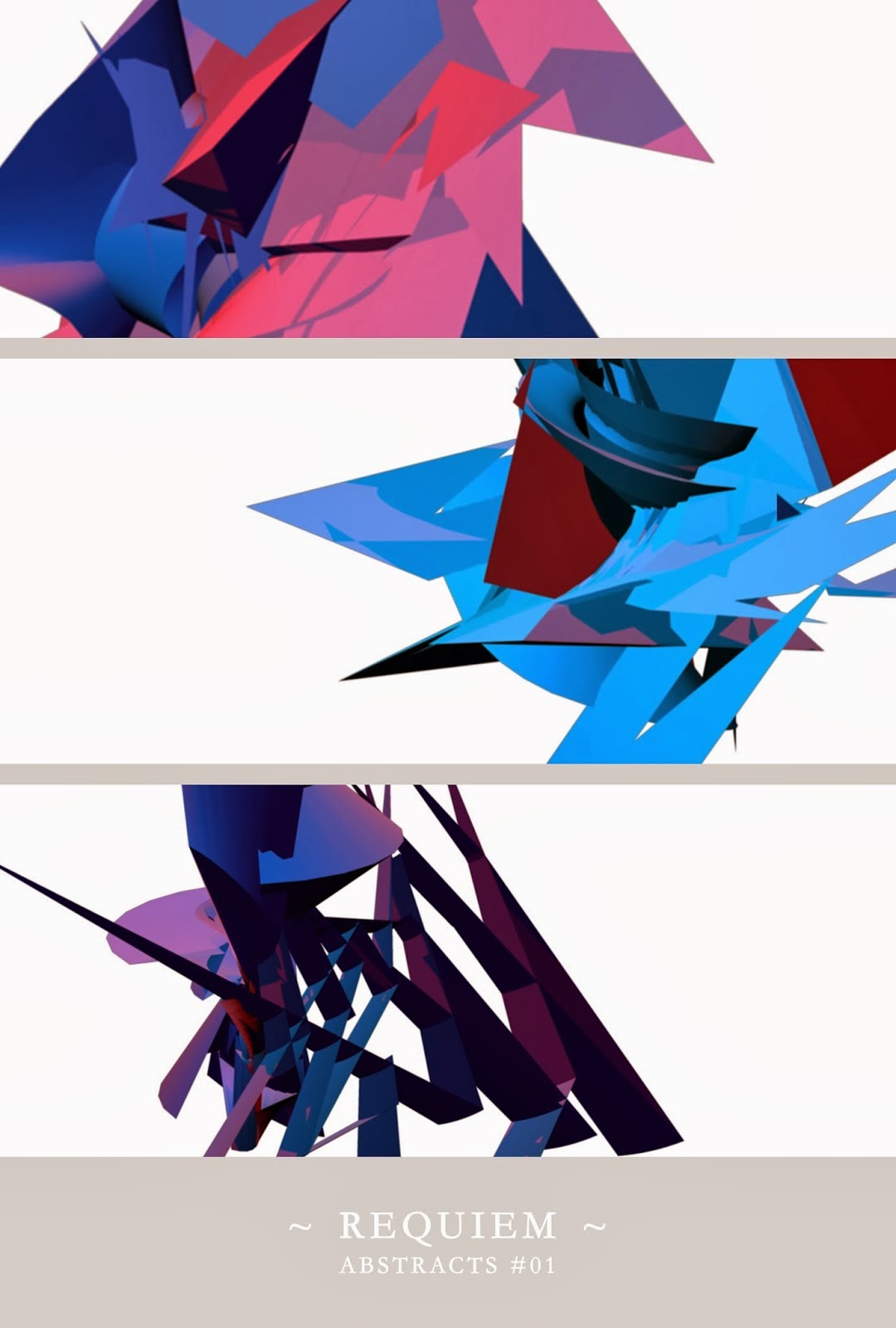 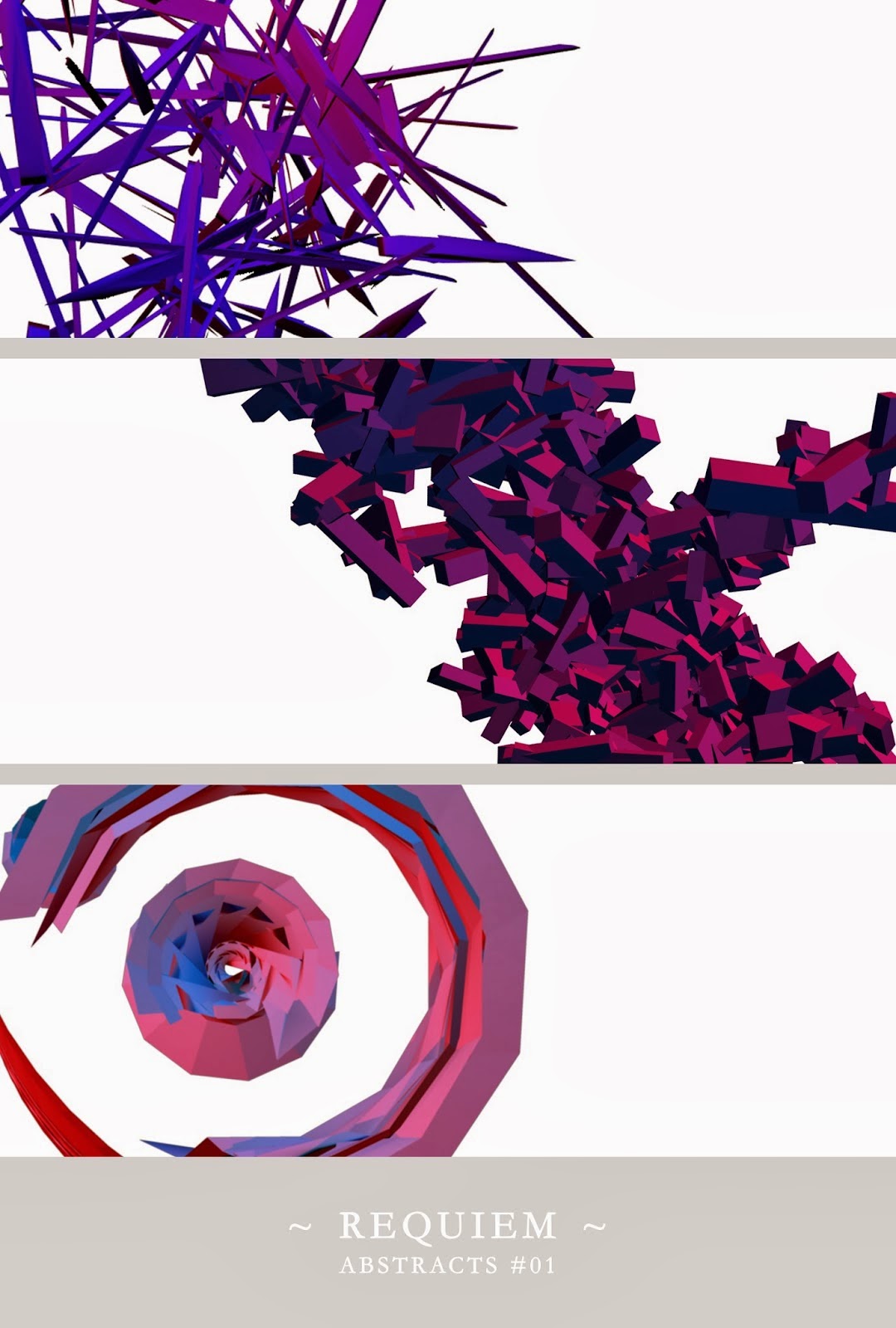 And finally, Alan and I would like to say thanks to CGAA graduate, Scott Dawkins, who has been splashed across local news media this month following Gravity's win for best special effects at the Oscars.  Scott is head of Paint & Roto at Framestore and while clearly enjoying his 'fifteen minutes of fame' he nonetheless found some kind words for his old lecturers, who he thanked for inspiring him during his time on the course.  Well, we try our best! Congratulations once again, Scott, and we're looking forward to the next media blitz when Guardians Of The Galaxy opens here in August...

Oh - and one last thing: as of September 2014, BA (Hons) Computer Generated Arts & Animation will change its name (but nothing else!) to BA (Hons) Computer Animation Arts.  There's a bunch of procedural reasons underlying our decision to 'drop the G for Generated', but rest assured loyal blog-watchers - it will be business as usual on CAA (say, "C, double A") @ UCA Rochester.