“Tonight’s December thirty-first,
Something is about to burst.
The clock is crouching, dark and small,
Like a time bomb in the hall.
Hark, it's midnight, children dear.
Duck! Here comes another year!”

I'm pretty sure I've kicked off previous December 31 PWTMs with this self-same poem, but nothing else I've found quite captures the ambivalence many of us feel at the turning of the year: a mixture of anticipation and relief - and of being rocket-launched headlong into another twelve months of plans, projects and misadventures!

For the creative community of Computer Animation Arts, the start of the new calendar year always coincides with very real resolutions; certain things must get done. Certain milestones must be reached. The new academic term will kick off with multiple new project briefings for our first and second years, which will see them challenged in new and demanding ways, while our third years have two big January hand-ins for their eight thousand word theses and Minor project respectively. I'll be sharing updates from their most recent creative output a little later, but let's begin with a smattering of joyously expressive life-drawing - those quick, gestural and ephemeral exercises, which in their freedom, speed and haptic spontaneity are so revitalising for students more used to the much-delayed gratifications of the 3D production pipeline!

The end of the autumn term concluded with the first years' What If Metropolis project wherein they presented the fruits of their labours in the intimate darkened space of Rochester's Lecture Theatre 1.  Without exception, this project represented a huge leap forward for our 'newbies' in so much as they had to take their basic alphabet of 3D modelling and use it to formulate much more complex configurations - this is otherwise known as 'learning on the job'!  My colleagues and I were particularly impressed by the studentship and quality of this year's offerings; without exception, every student achieved something I knew them to be both proud of and surprised by - and in teaching and learning terms, you can't argue with that!  Enjoy this small selection of the resulting projects - and remember, if you want to explore any of the projects presented here a little further, click on the students' names and visit their course-specific blogs.

The Year 2 Collaboration project always ushers in disruption; disruption of existing habits and creative practices; disruption of egos and insecurities; disruption of personal folklores - and it's all good in the long run.  This project, more than any other, represents a kind of 'un-comforting' - not so much enjoyed, as experienced, and again - it's all good.  Indeed, so much learning takes place during this project, it doesn't always pack down into completely successful outcomes and the lessons learned don't themselves become clear until very much later.  That said, when a short film makes an audience of weary, red-eyed students laugh out loud, you know something good came out of all the creative differences and tongue-biting and Pixel Moon Studio's film accomplished just that...

Christmas for a CAA third year student is a bit of a conflicted one - so much to do, and yet so many distractions! Still, judging by their respective blogs, they've nonetheless found ample opportunity to return to their workstations in between feasting with relatives and re-watching another Indiana Jones movie.  There's really only a matter of days before they hand-in their Minor project submissions, so I'm going to take this opportunity to wish our industrious final year students the very best of luck as they prepare for their big day.  Until then, let's enjoy these most recent of their respective updates.

Work continues on our final 'visualisation of sound' project for our collaboration with the Orchestra Network for Europe - an animated response to four movements from Hector Berlioz's Romeo & Juliet.  The most technically ambitious of the four visualisations is for the 'Love Scene' - a wonderful elegiac movement that embodies the sadness and beauty of the story's star-crossed lovers.  I looked to the Vanitas tradition for the art direction, giving a flower form to Ethan Shilling's Spectro-originated simulation, which was then beautified in Maya by CAA alumni, Dee Crisbacher.  Each ripple, wave and flurry of these delicate petals is being driven by Berlioz's music, and each time Dee produces a new pre-vis sequence for me to edit I sit there entranced...

The fourth and final Romeo & Juliet-derived simulation pertains to Berlioz's Grande fête chez Capulet aka 'the big Capulet Banquet', wherein we're seeking to envision the equivalent of a great big fight breaking out on a very shiny dance floor!  Once again, Ethan has originated the music-driven simulation in line with art direction and an accompanying animatic, and Dee is delivering on the bells and whistles!  Here are some sneak peaks of what we've also been cooking up over the Christmas period...


On Friday, December 7th, I returned to the Herne Bay Junior School to rehearse with nine-year old Lake Blumenthal, who we cast as the voice of Marcus after auditioning forty-plus other children at the school back in November.  Lake and I will be heading for Maidstone TV Studios in January to record his lines, where we'll be helped out by course leader for BA Hons Television Production, Simon Welsford, but before that we got some time together to work on Marcus' characterisation.  I must say Lake's enthusiasm and joie de vivre is a real tonic and I can't wait to see him in action in TV Production's sound booth. Watch this space for more Pudding Pan updates. 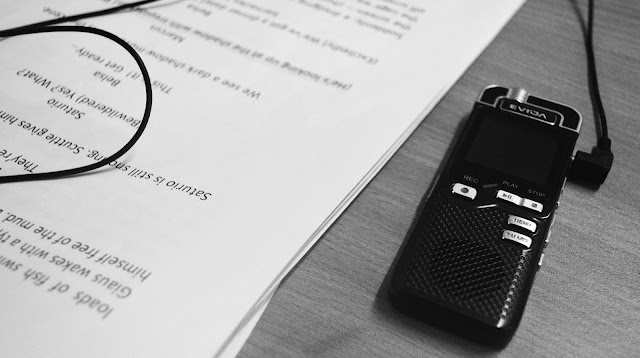 Right then... all I've left to say and do is wish everyone a very creative, productive and transformative 2019.... "Happy New Year!"