Can it really be two weeks already since the staff and students of Ba Hons CG Arts & Animation were strolling so leisurely through the pretty streets of Prague, drifting from museum to museum and from one baroque and/or art nouveau marvel to another, our bellies full of dark Czech beer and potato dumplings? 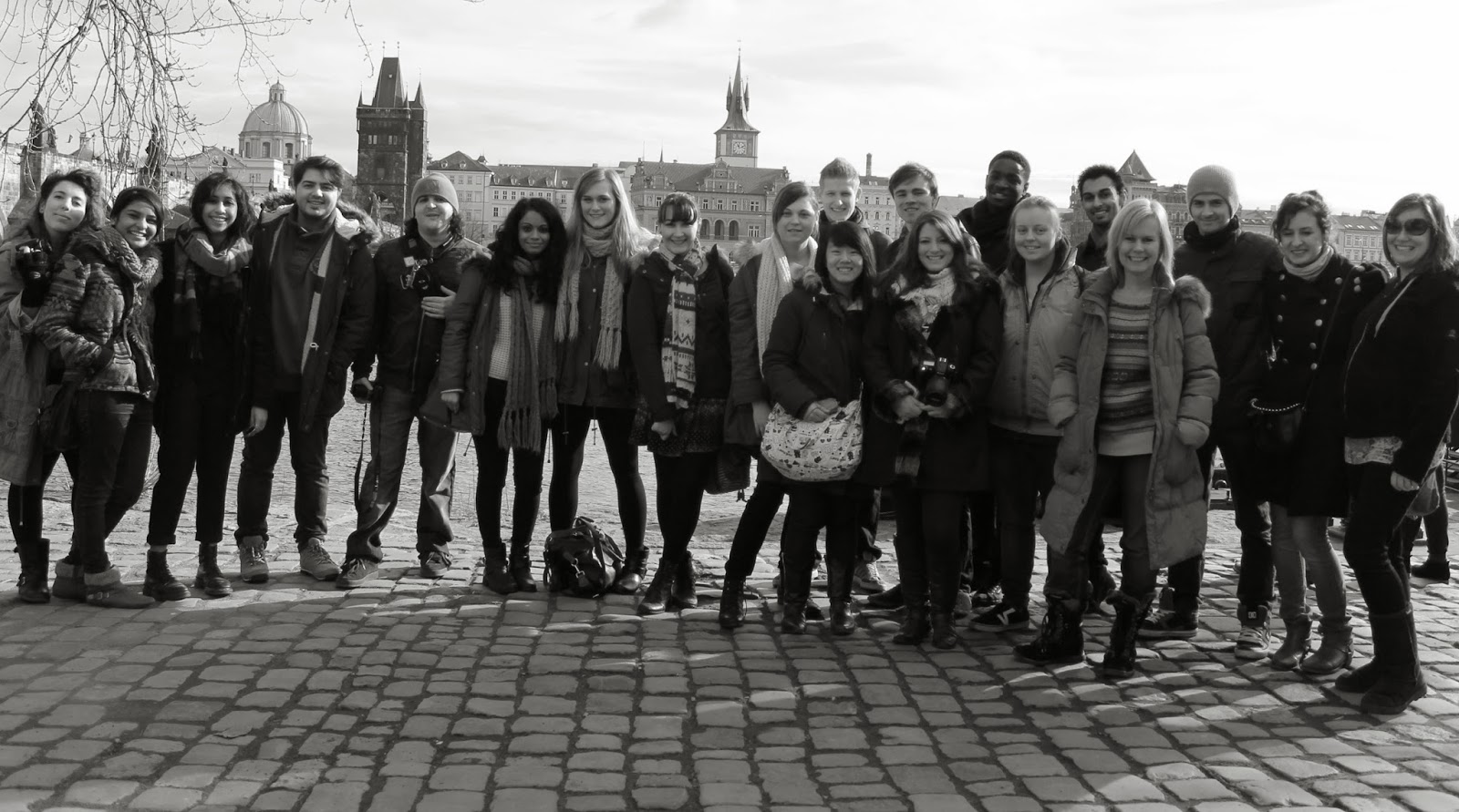 Little did those of us in Prague know that, while we were exploring the city's cobbled streets and cultural 'must-sees', the select few CGAA students who remained at UCA were having a lively series of adventures of their own... 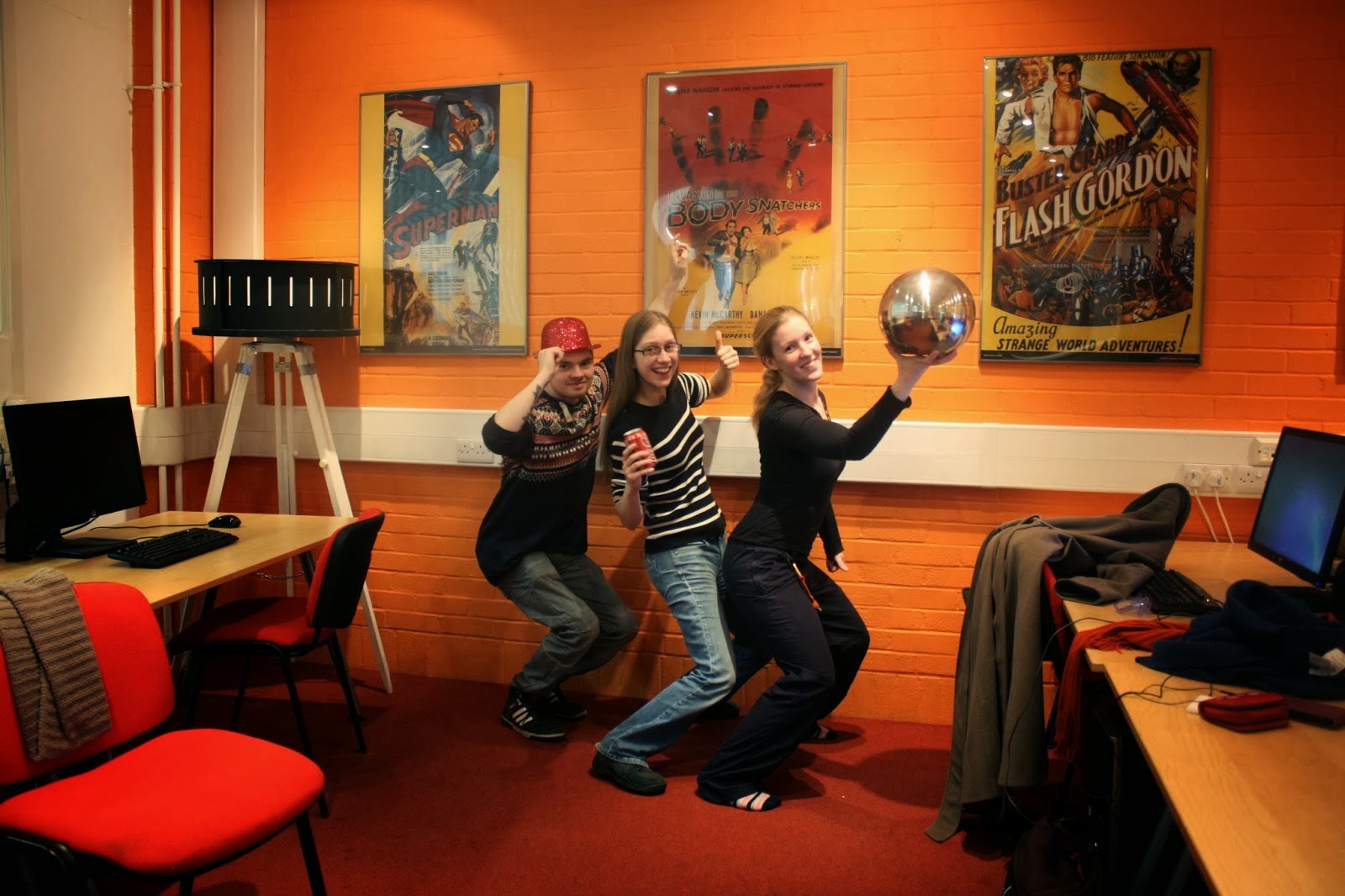 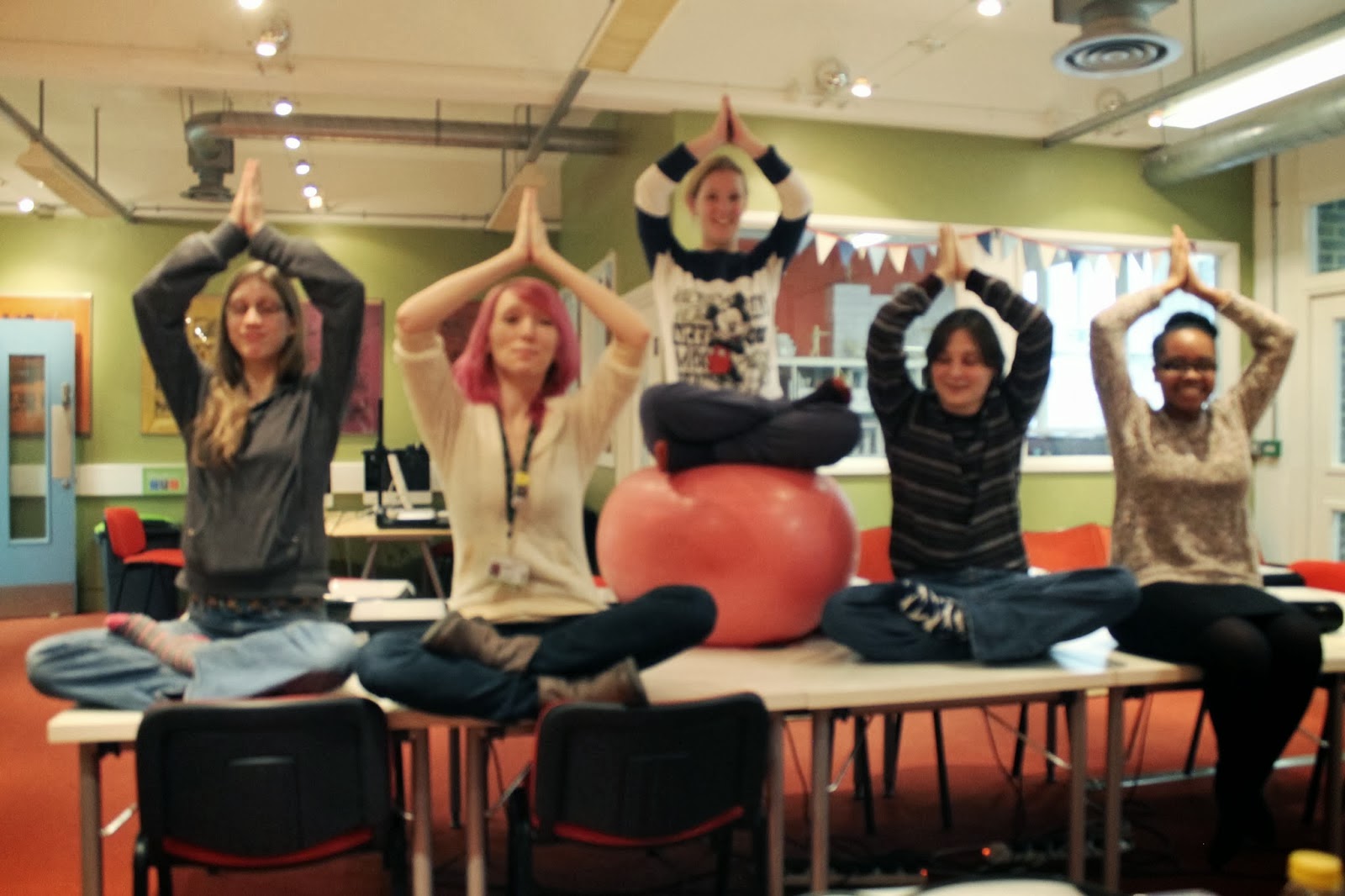 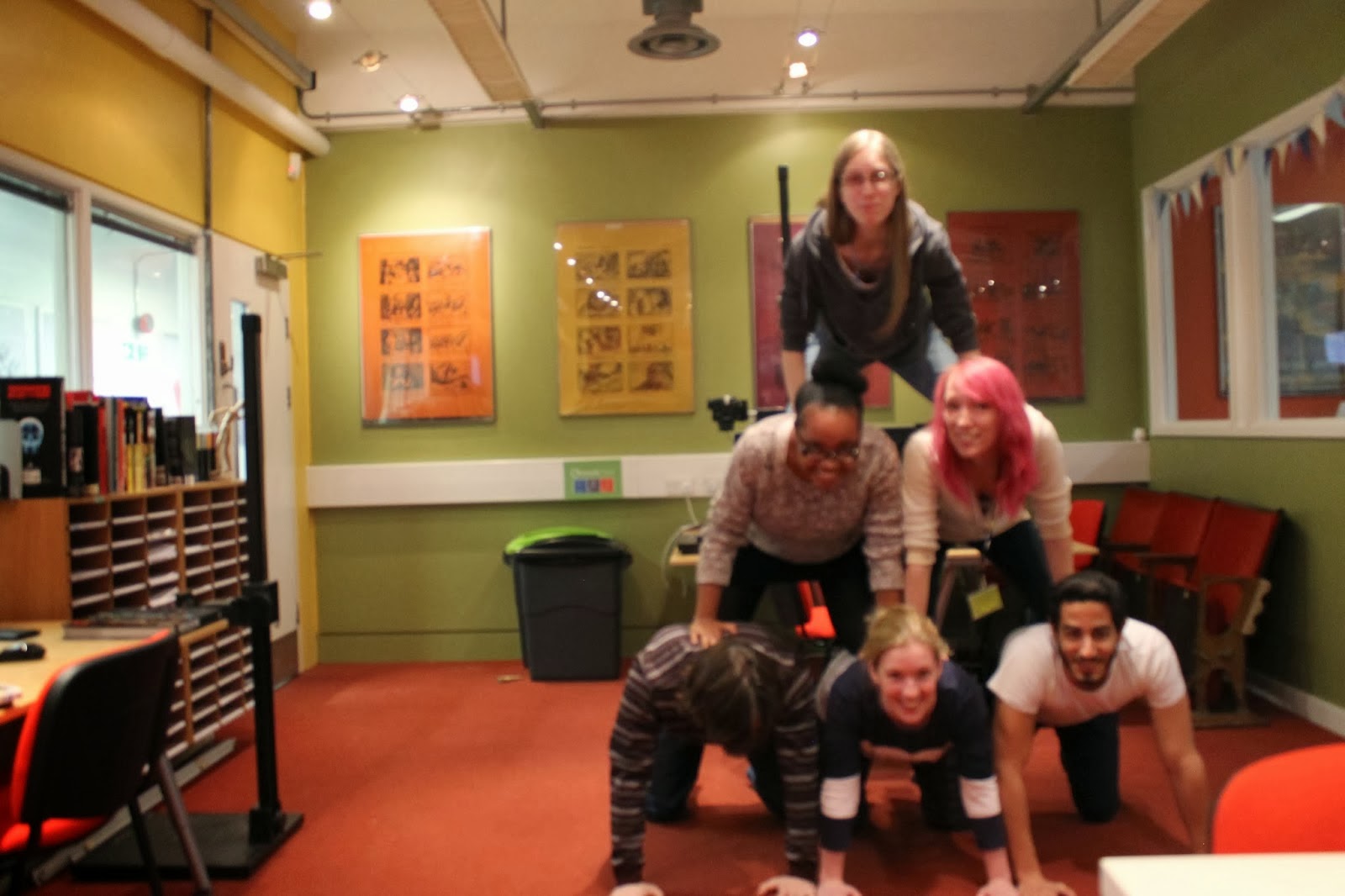 So that was then, and now February's already done and dusted, it's time to celebrate what else our students have been up to this past month (when not sipping absinthe in Bohemia or forming human pyramids in the CG Arts base room!).

We begin with a selection of current final year projects and as frequent flyers will already know, if you want to learn more about the whys and wherefores of any project featured in the PWTM, you need only click on the respective student's name to be transported nimbly to their individual course blog.

Alice Druzga is designing a set of characters for an imagined animated TV show entitled Whodunit High, in which a gang of playground outcasts solve mysteries at their school.

Anita Gill is developing an animation based on her mother's memories of her childhood in India, producing a series of digital paintings in response to words, images, fabrics and stories 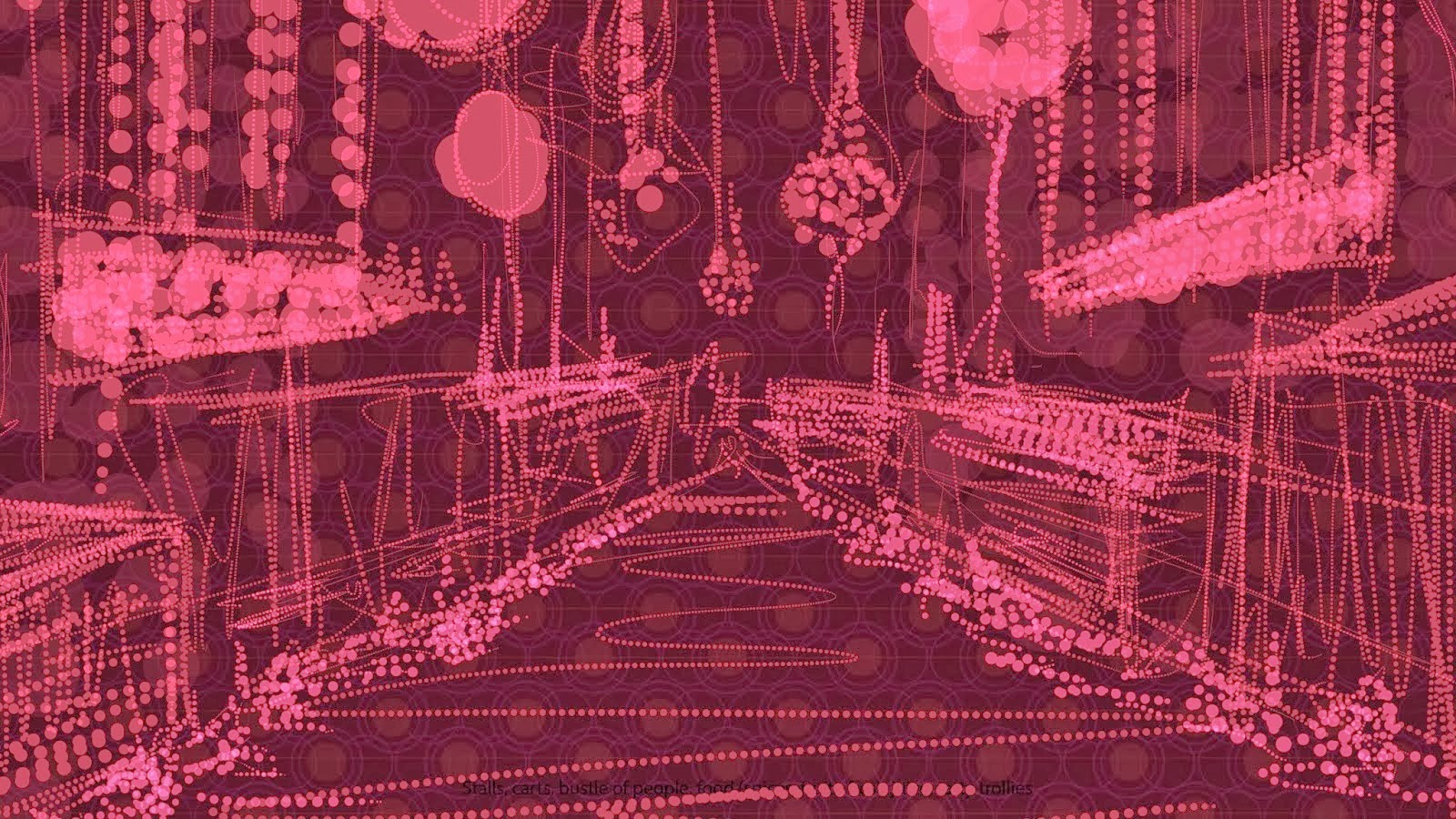 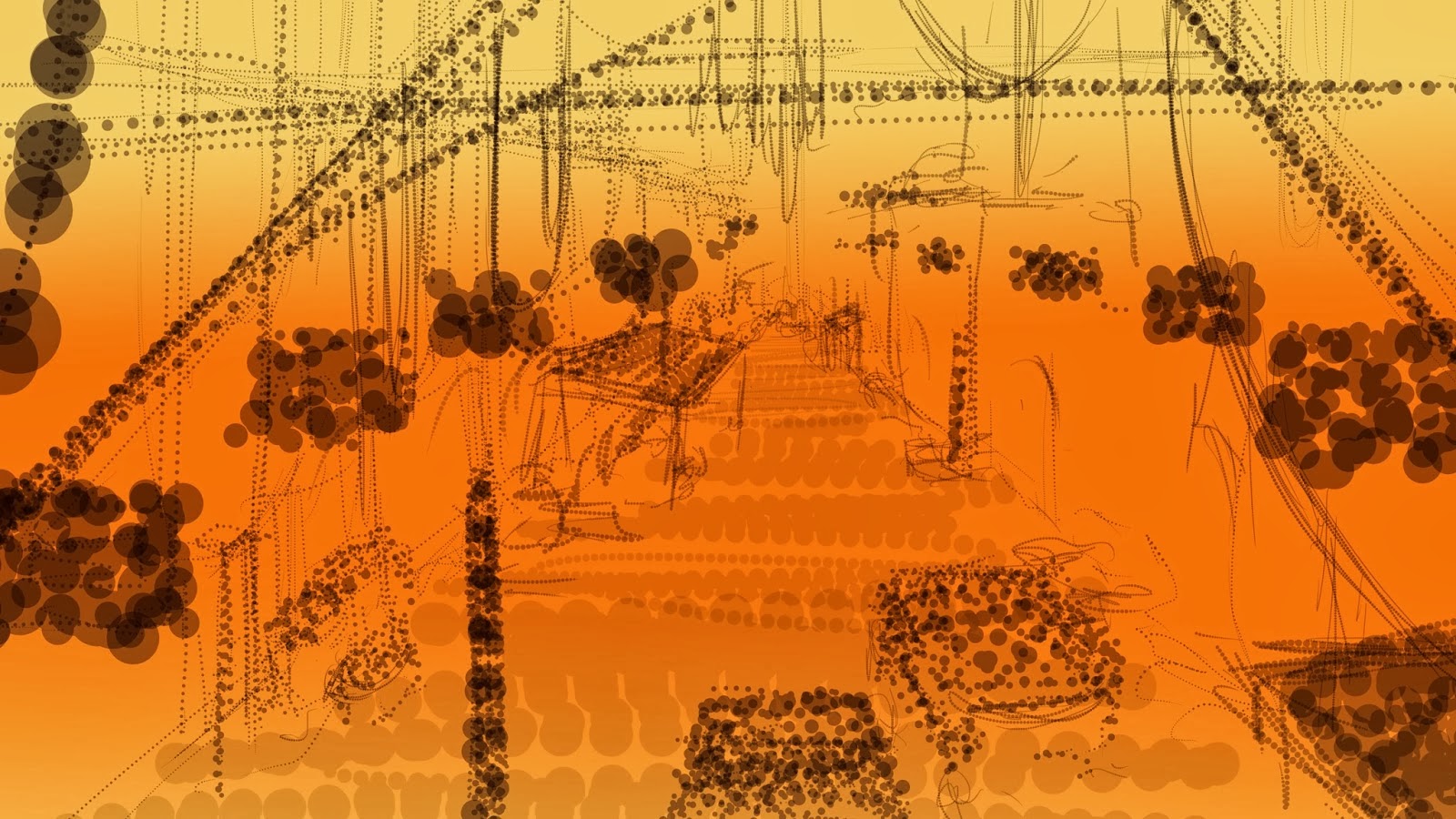 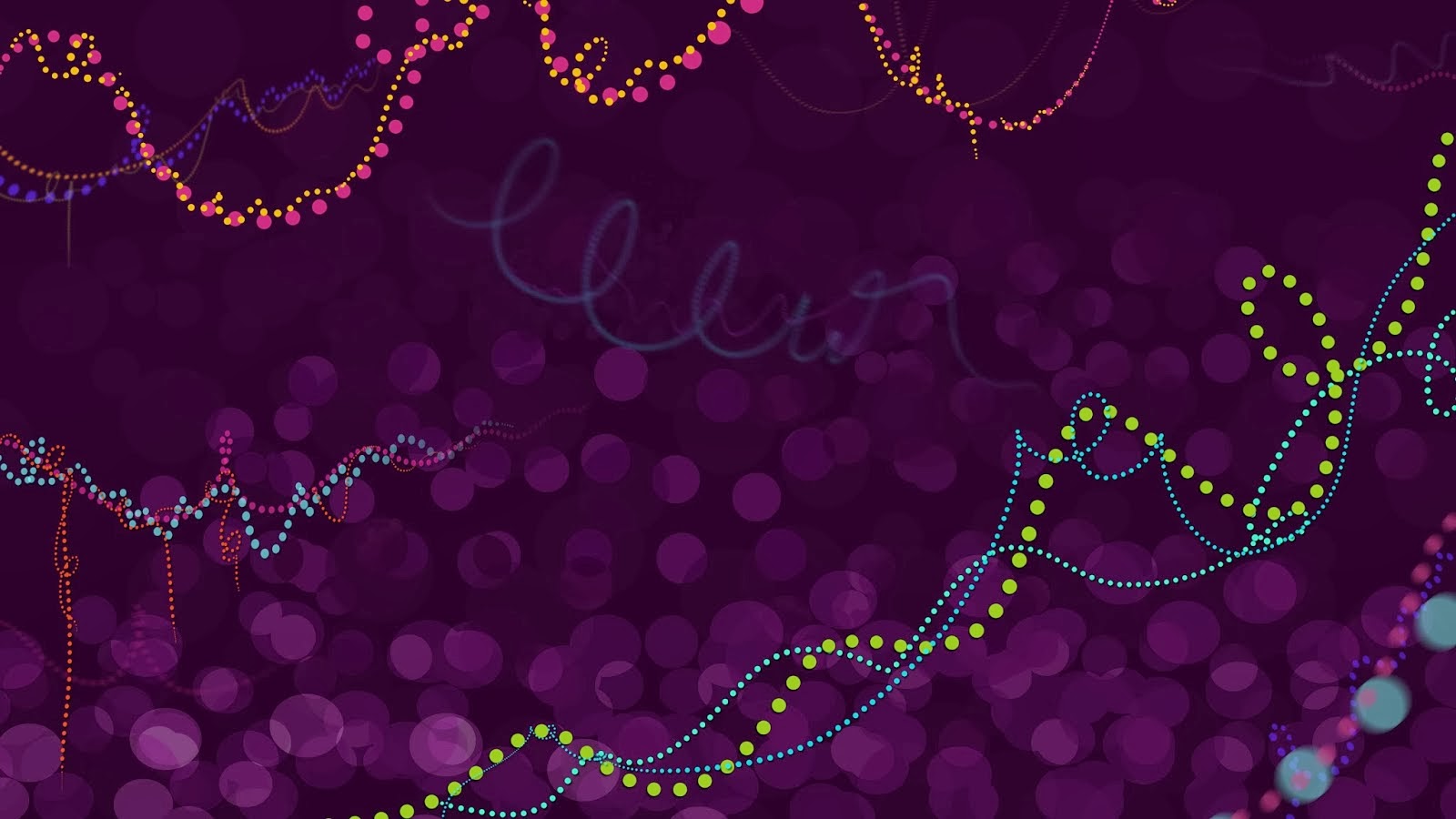 Tom Farrington continues the not-inconsiderable task of turning his dynamic Experiment IX animatic into a CGI reality.  Tom's cast of characters are now complete, but there is still a huge amount for him to do, not least the creation of an entire city... 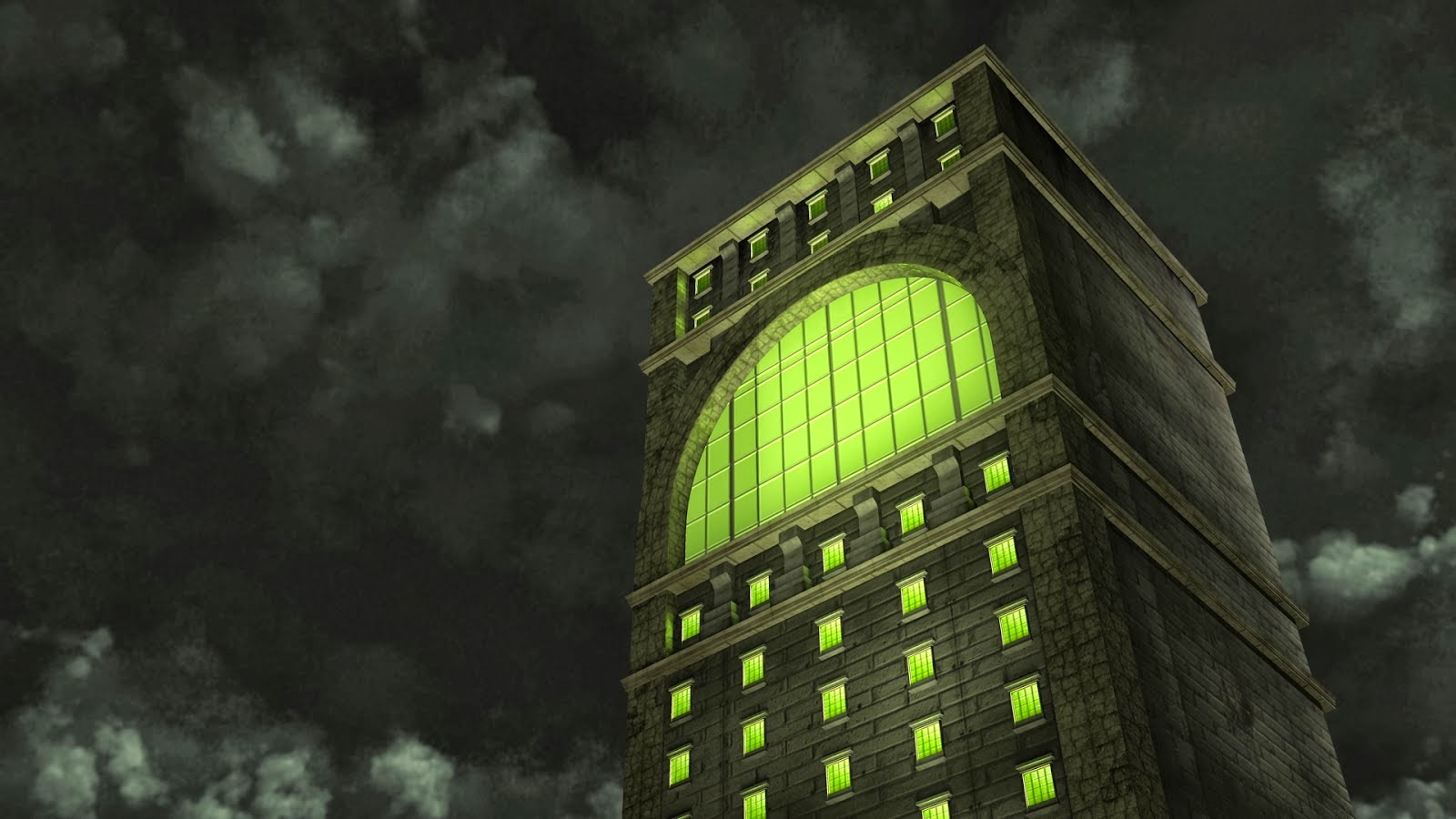 Joey Ku is likewise preoccupied with the craft and graft that comes with producing a multi-character animated short.  Joey's Carnival Of The Animals ad campaign for the WWF features six animals, now extinct, all of which bring with them different technical and creative challenges in terms of readying them for animation.
European Sea Sturgeon - Swim Test

Polydoodle Pictures - comprising Sammy Butler, David Vandepeer and Chrissie Peters - are likewise nose-to-the-grindstone, as they chug through their formidable production schedule for & Son - their collaborative animated short about a junior's undertaker unconventional approach to making a person's most difficult day more bearable (much to the consternation of his father!).  Polydoodle Pictures are combining 3D characters with 2D environments, and snapshots of their progress follow: 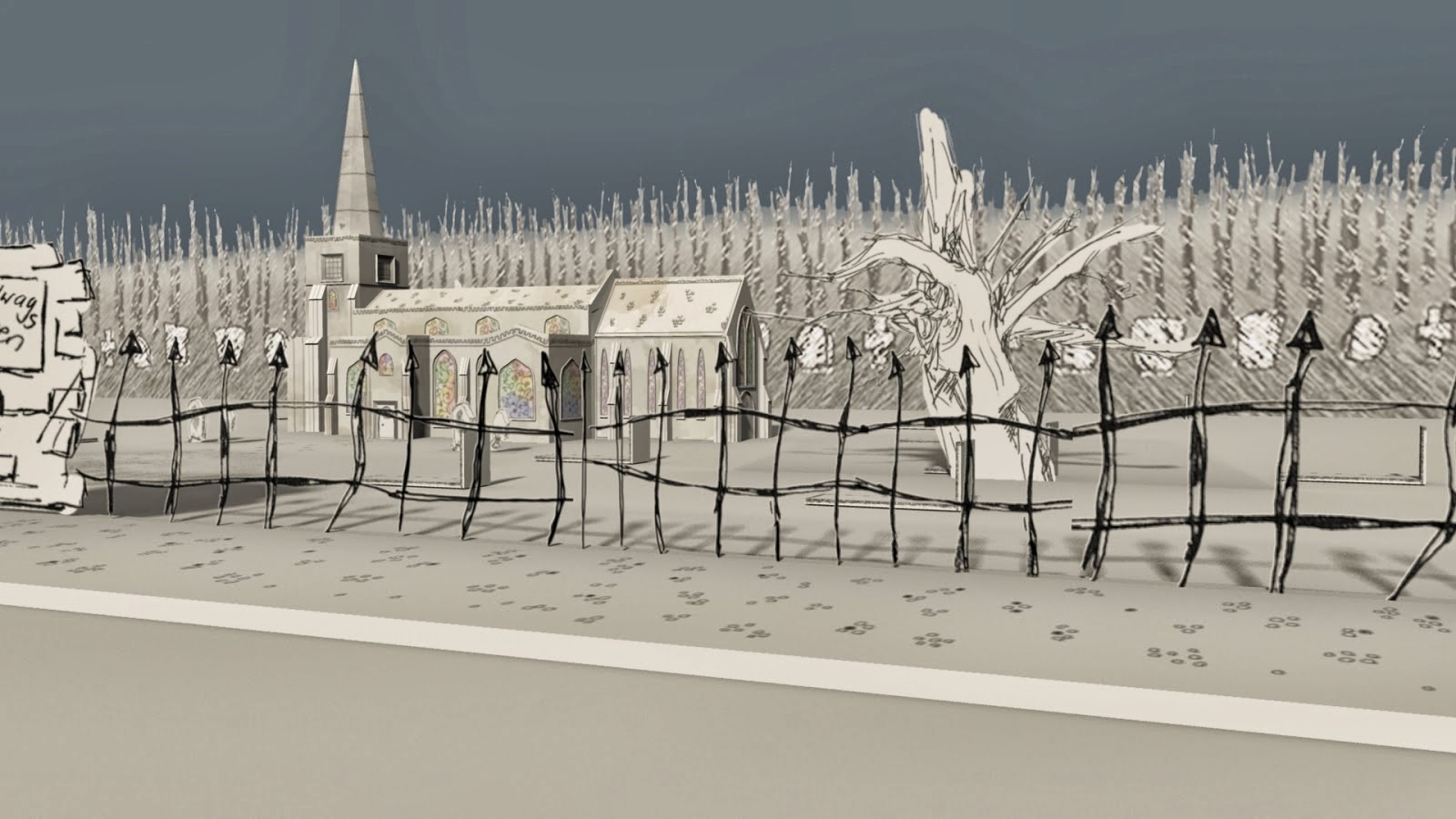 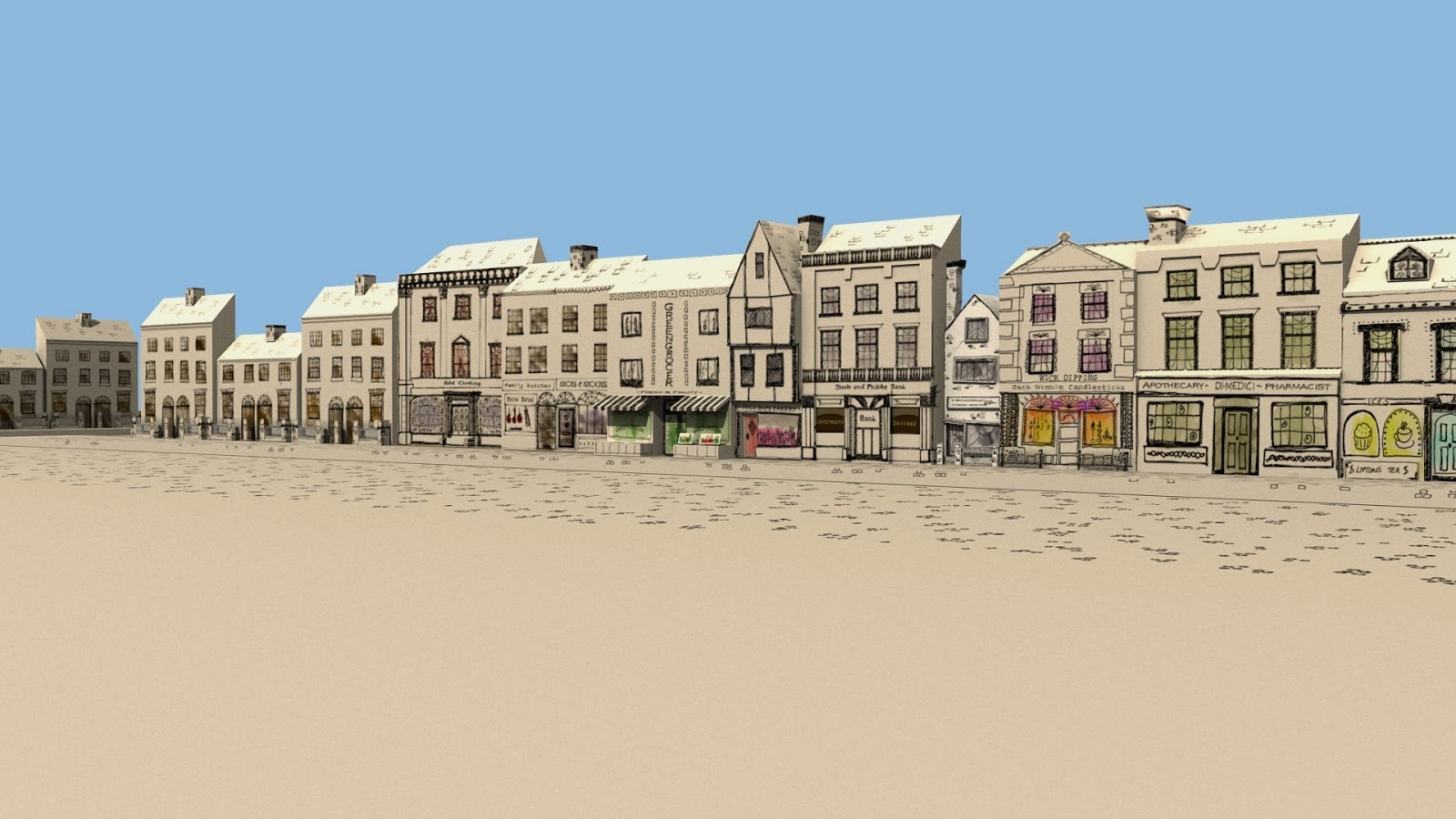 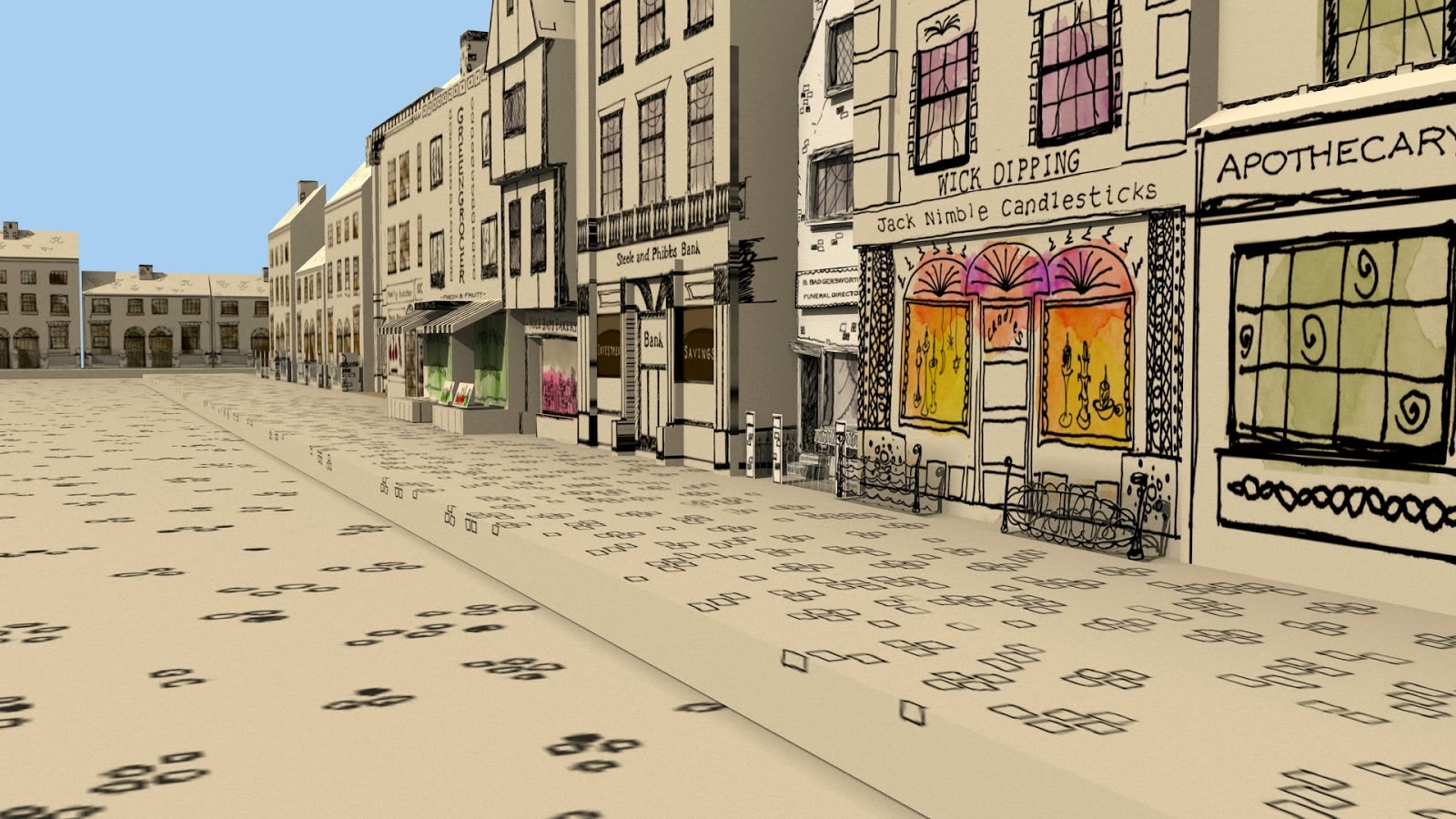 As Polydoodle Pictures prepares to get stuck into the animation phase of their production, the CG Arts baseroom has been the venue for some live action film shoots: here, Sammy plays the part of young Benjamin Badgersworth clowning around and playing at frogs, and Chrissie, um - well, Chrissie is playing at something...


Meanwhile, Urvashi Lele is tweaking 'Frank' - one half of that famous avian/feline duo at the heart of Urvashi's animated short, The Owl & The Pussycat... 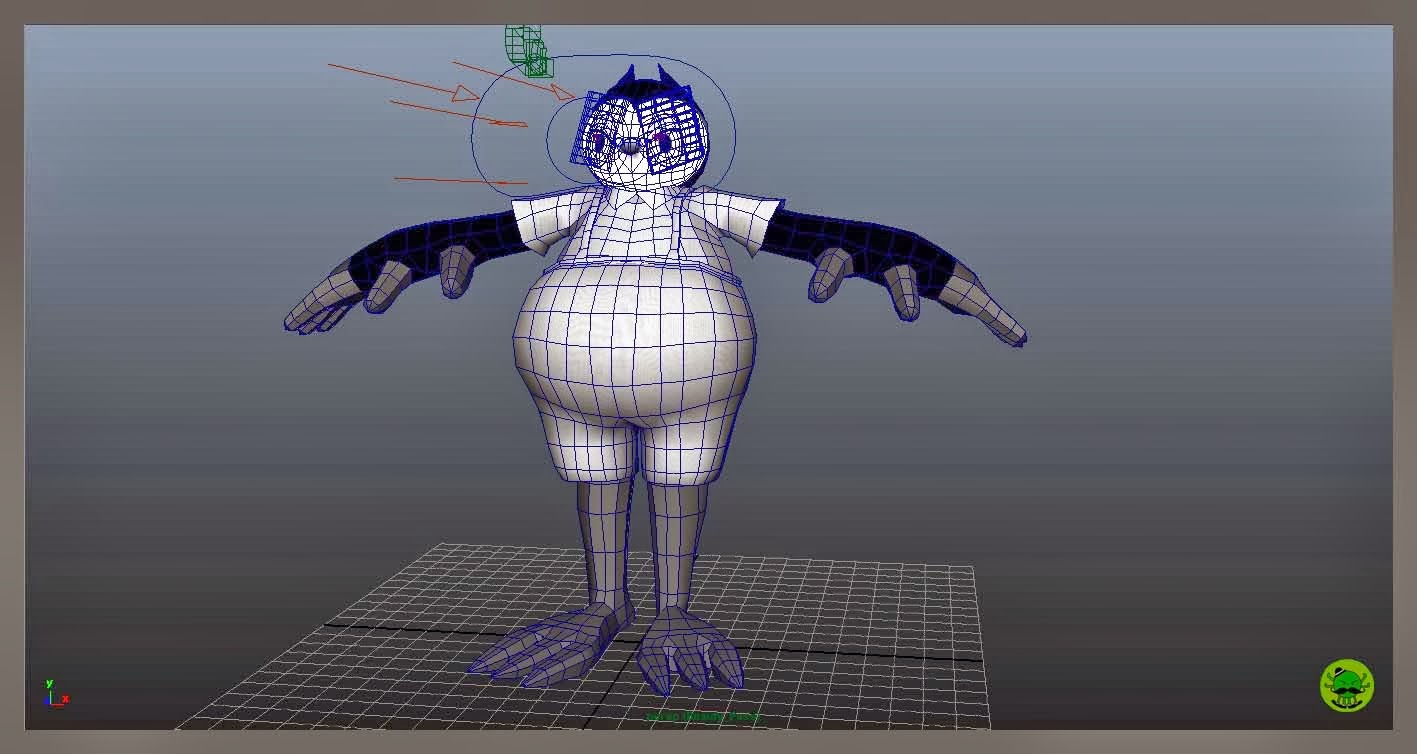 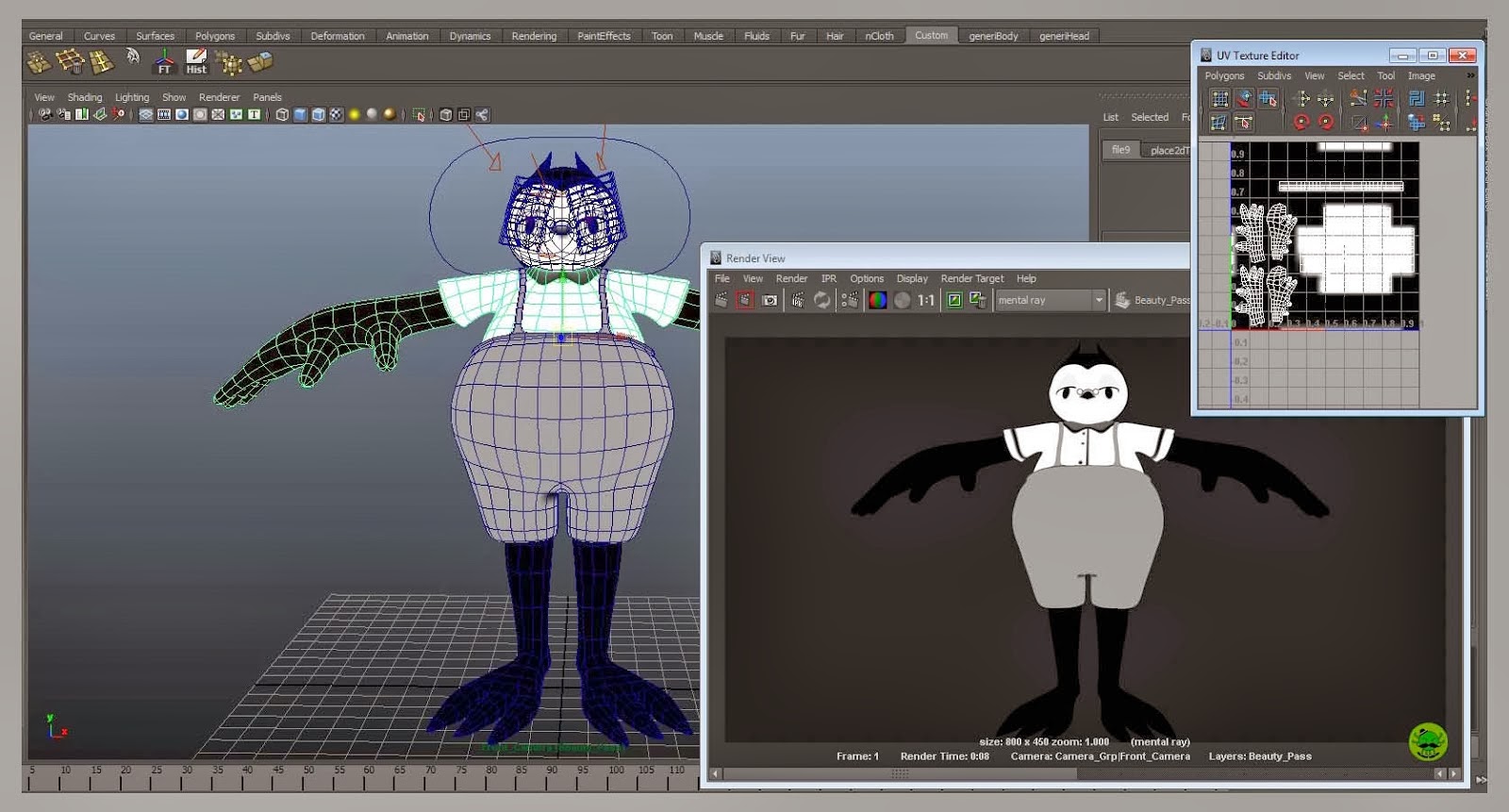 ... while Paul Lavey - who recently completed an extended 20,000 dissertation on the Uncanny - is thumbnailing a virtual exhibit which seeks to put his knowledge of unheimlich theory into practice. Paul's ultimate intention is to composite a series of unsettling computer generated 'installations' into a real-world space. 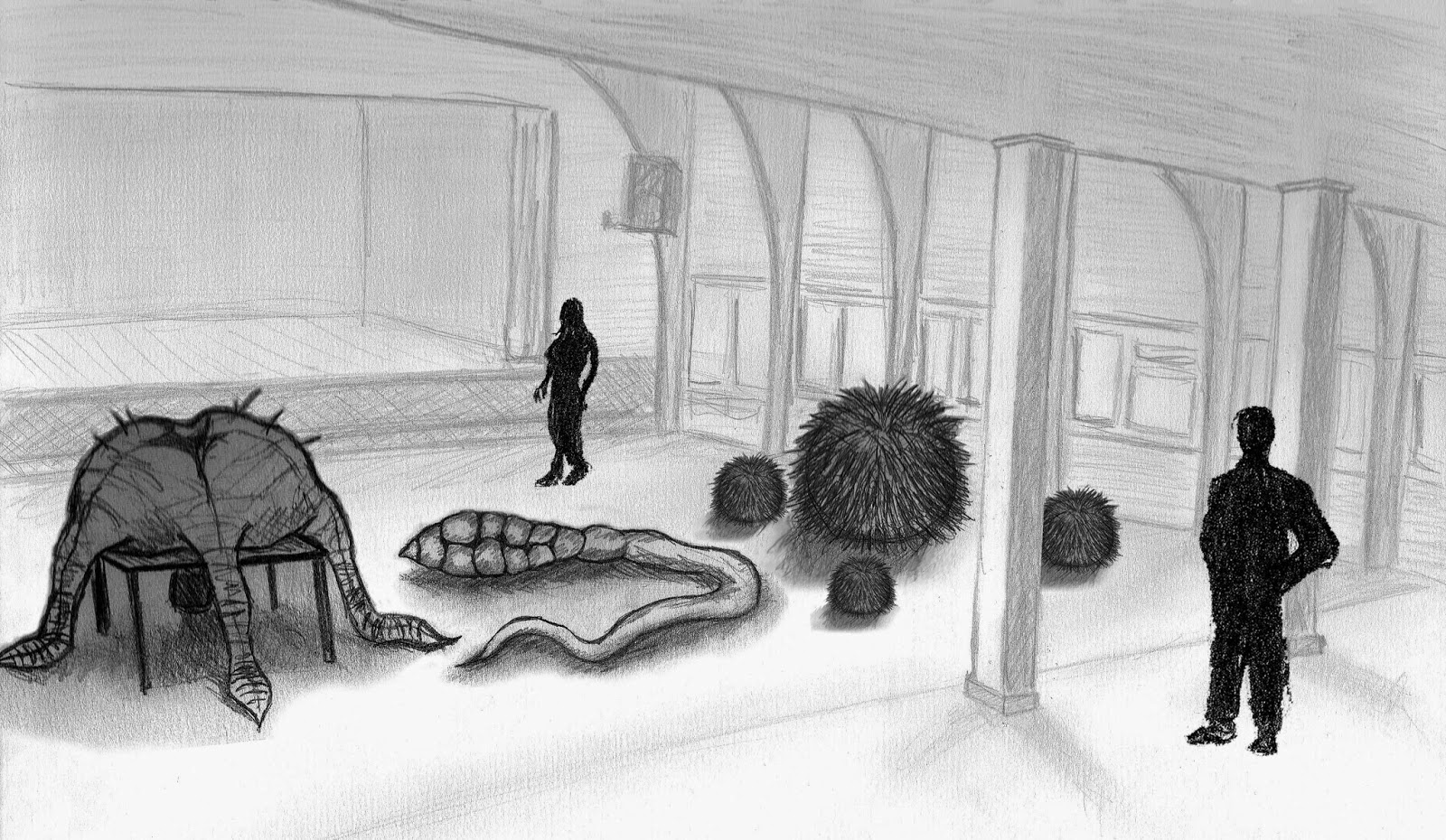 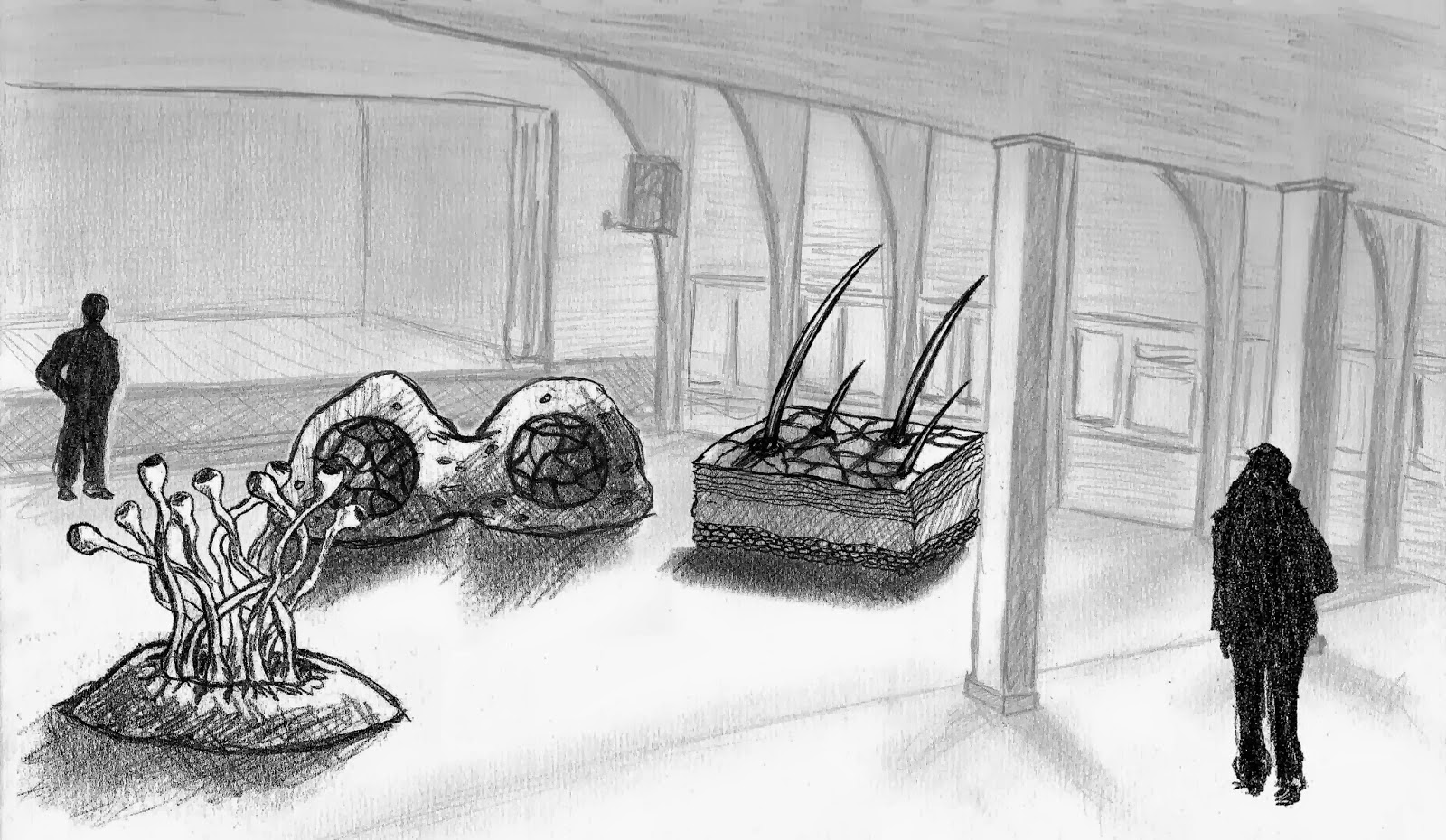 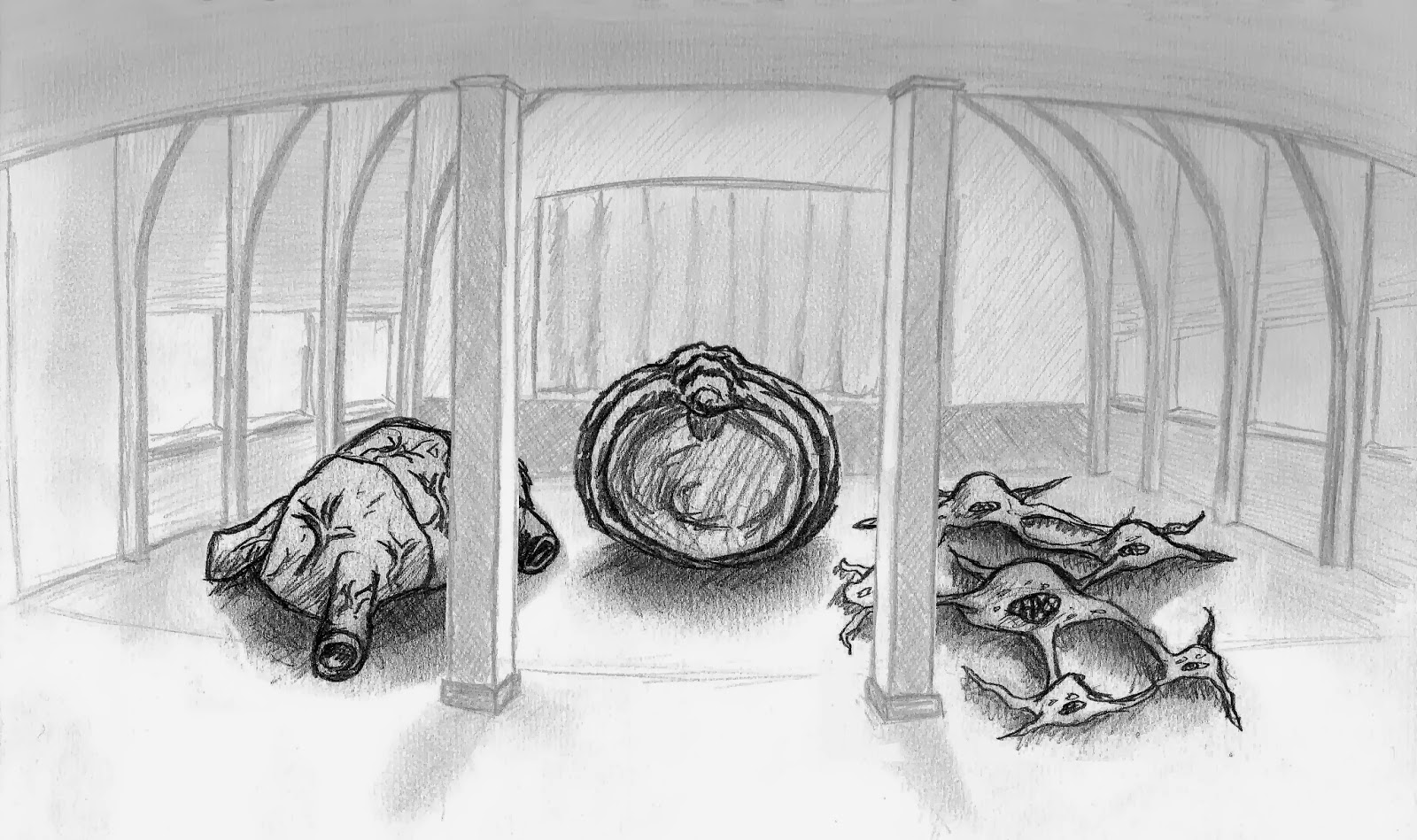 Sasha Hart's When I Grow Up I Want To Be... is an animated short that takes a young boy's ambition to become a footballer as the basis for a series of increasingly fanciful dream sequences.  Alongside the production of digital sets, props and preparing Tyler for animation, Sasha has been refining her animatic.


Just prior to Prague, our year two students completed 'Part A' of their current Adaptation unit - which challenges our students to use their developing skills as directors, designers and storytellers to take the information of others and transcribe for in dynamic ways for different audiences.  Part A challenged students to create an infographic - and challenged them to do so in a very condensed period of time; a mere five weeks from inception to completion. What follows is a selection of the final infographics and supporting production art.

Akinbiyi Babarinde - The History Of Zombies

The History Of Zombies

Samantha Niemcyzk - The ABC of Procrastination 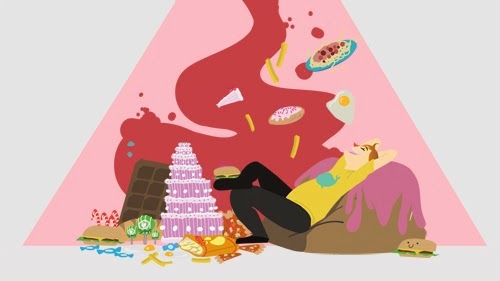 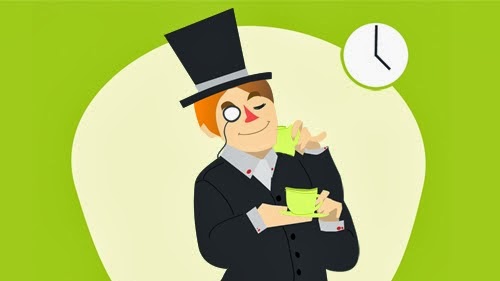 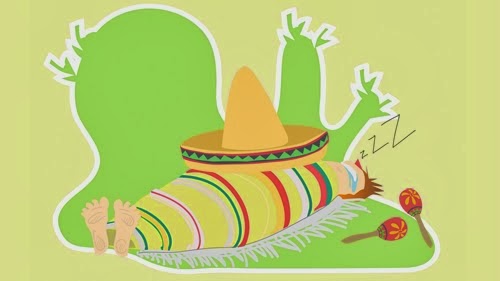 The ABC Of Procrastination

Nadia Yadallee - The Anatomy Of Boredom


The Anatomy Of Boredom

'Part B' of the Adaptation Unit asks our year 2 students to identify a pre-existing source and then translate it into a new CGI-context.  That original source can be something as traditional and text-based as a book or poem, or something a little more 'out there' such as the Momijigari Festival of Japan, which Peta-Gaye Brown is taking as the start-point for her character design project. 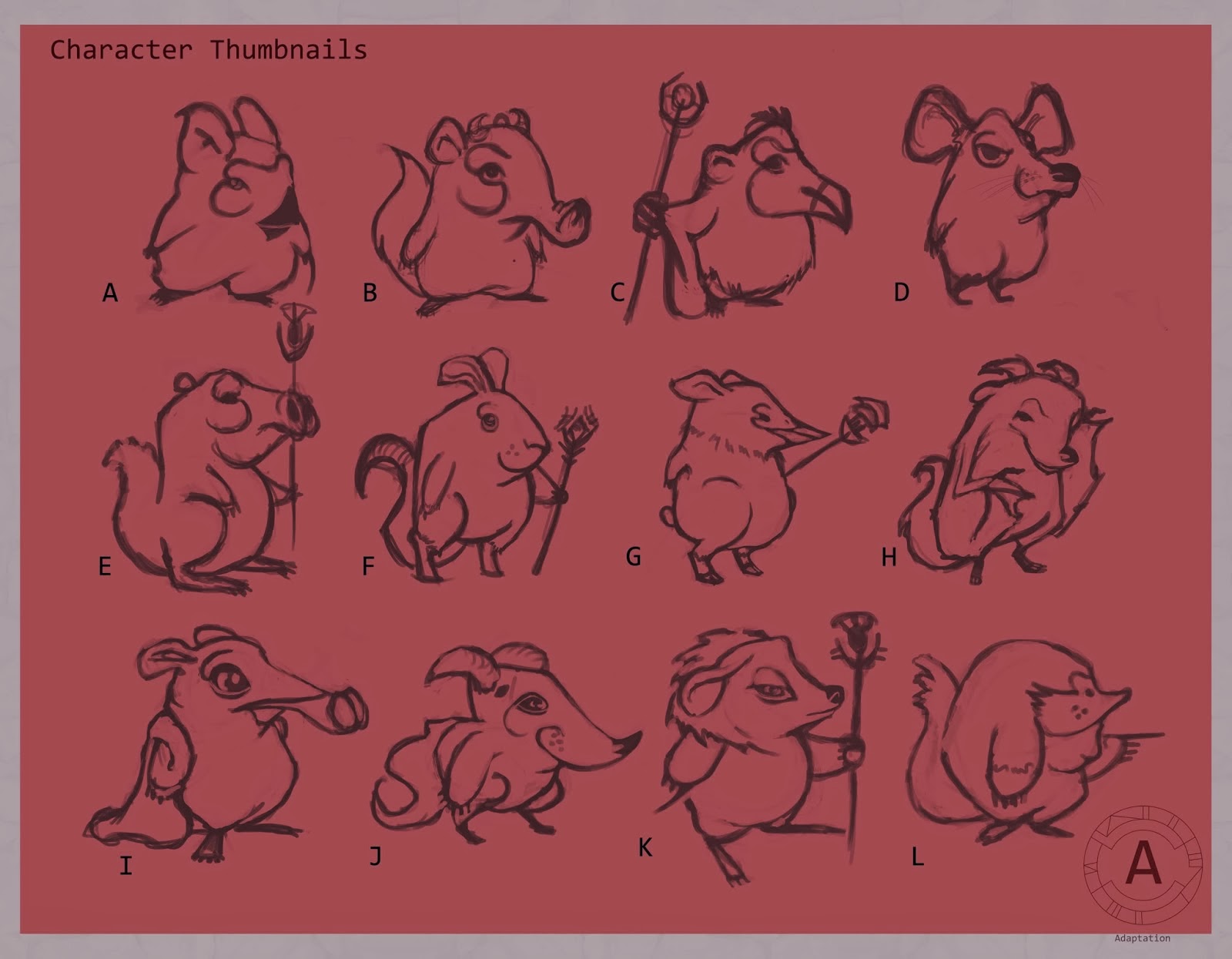 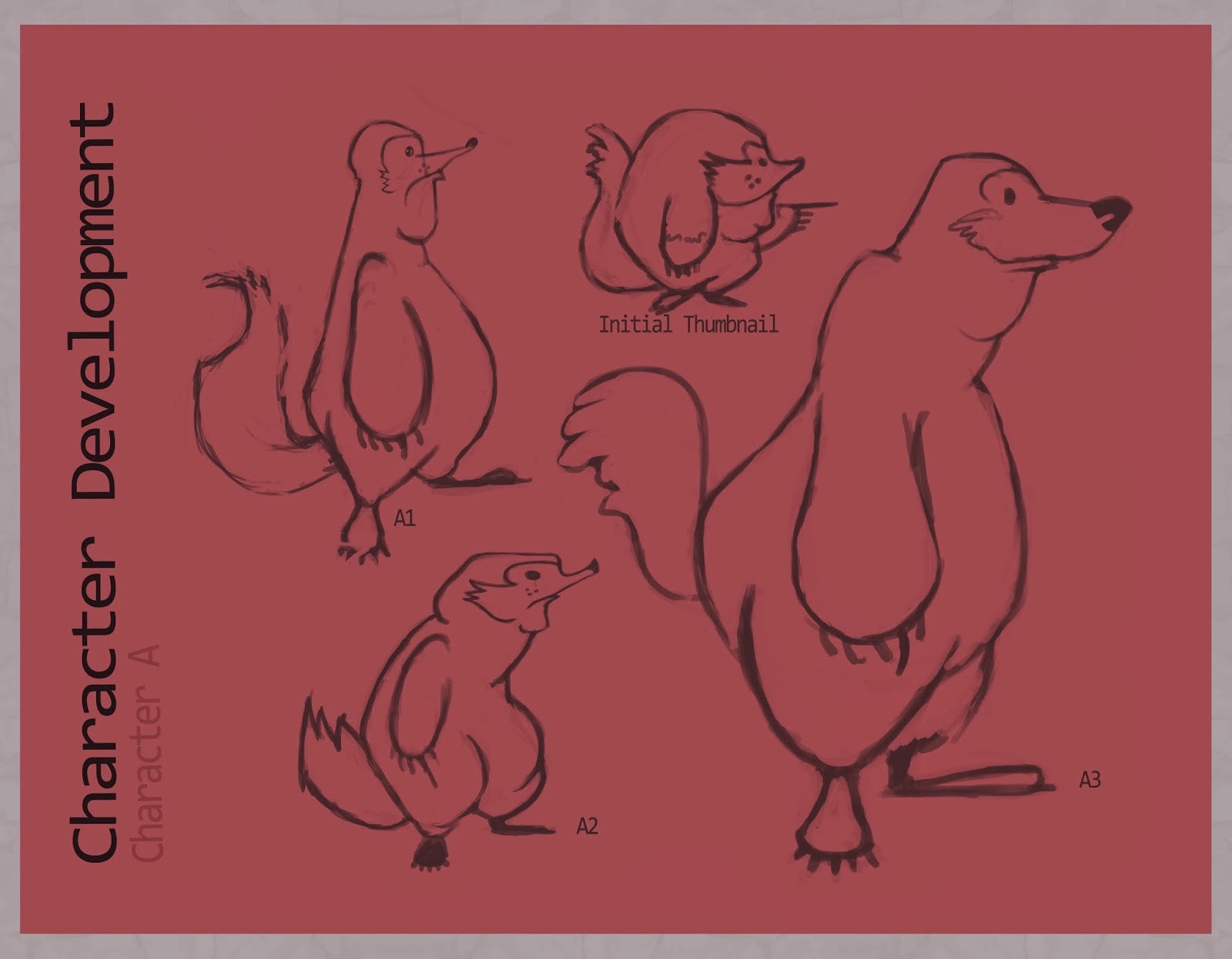 Sam Niemcyzk's subject for adaptation are the images deriving from Rorschach-inspired ink-blots as given to her classmates for interpretation and free-association.  Sam is seeking to design characters as manifested by our collective unconscious - a shadow world of archetypes and creatures of the ID....

Akinbiyi Babarinde is continuing on a theme of zombies by choice of the Richard Matheson classic I Am Legend as his source for adaptation.  Akinbiyi's aim is to turn Matheson's novel into a game concept and Matheson's protagonist, Robert Neville, into a game asset.


Emily Clarkson has chosen the nonsense poems of Shel Silverstein as the jumping off point for a digital set - a spatial representation of Silverstein's imaginative milieu.  Emily is constructing physical sets using lo-fi materials by means of identifying her visual concept and so ensuring her CGI has that crafty, hand-made aesthetic. 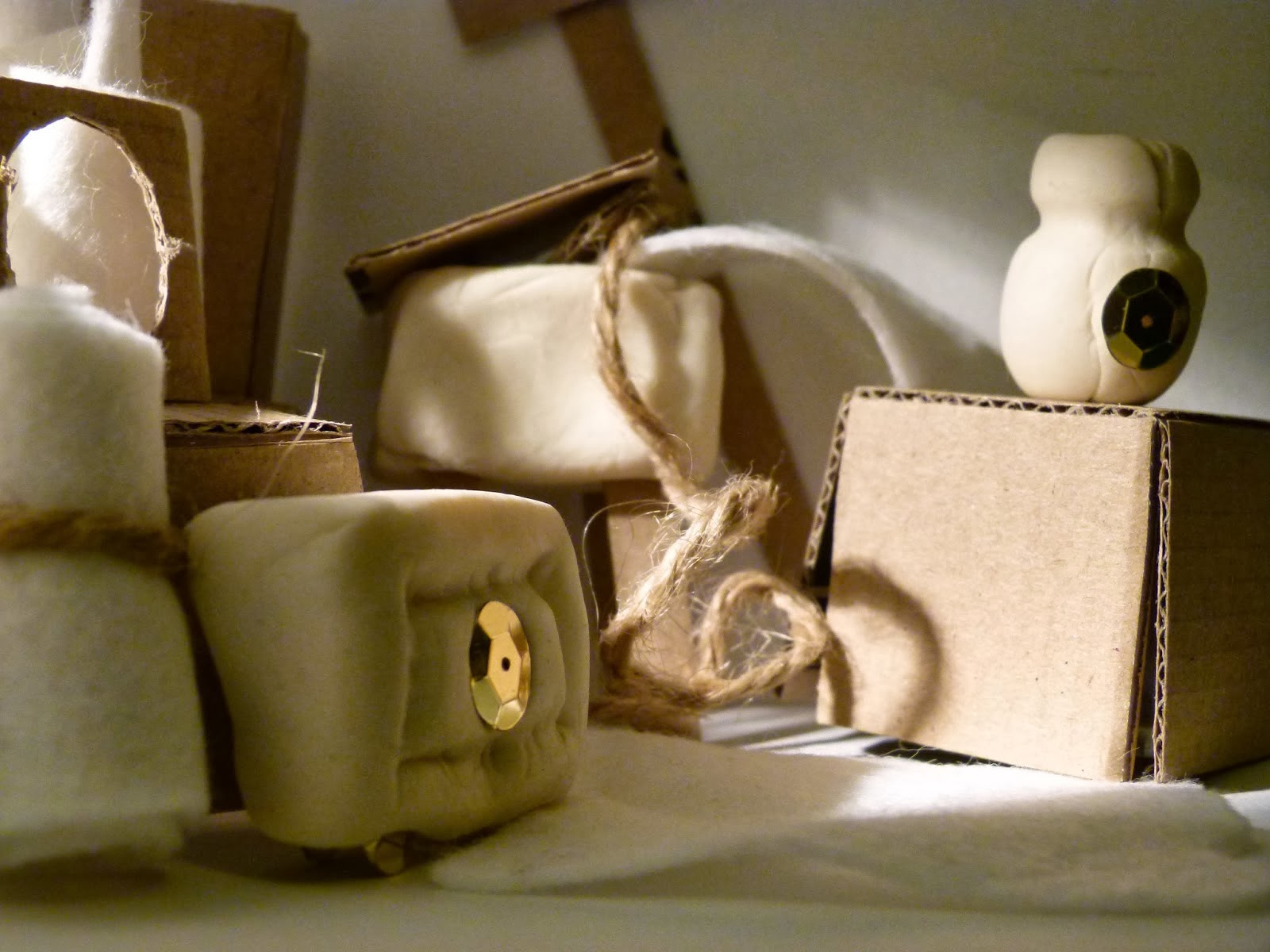 And Emily isn't the only year 2 student getting crafty as a means of identifying fresh ways of working up ideas for digital sets.  Taking Hans Christian Anderson's The Little Mermaid as her start-point, Vikki Kerslake is exploring a variety of techniques by which to visualise an underwater palace - from DIY marbling effects to extruding Maya maquettes from silhouettes.

The year one, term two project From Script To Screen is a biggie. In the short space of seven weeks (six if you're away in Prague drinking absinthe cappuccinos!), first year students must come up with an original story idea from three random components, turn it into a script, and then pre-produce it via character design, storyboards, animatics and 3D pre-vis.  A selection of year one pre-production artwork follows: 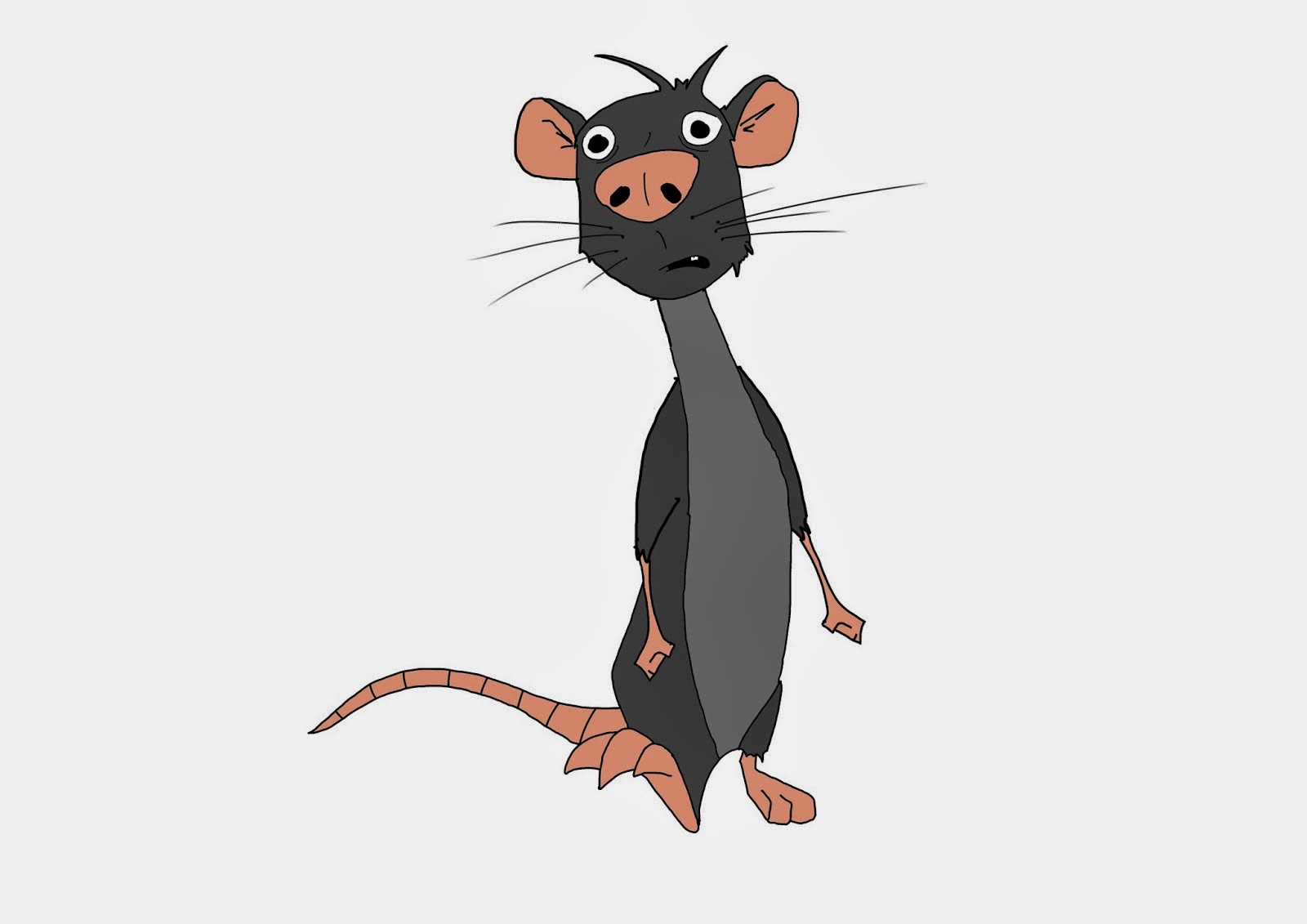 And finally, some Alumni news, as Scott Dawkins (who graduated from CG Arts & Animation in 2008) gets a big UCA shout-out for his work at Framestore on Alfonso Cuaron's awarding-winning disaster flick, Gravity.  Of his experience working on the film, Scott says, "It's amazing. Very daunting in a way. You see a film come together around you over the course of a year or so and you start to think, 'This looks pretty good' but you never truly know until it's all cut, ready and up on the big screen and everyone else gets to see it."


Since completing Gravity, Scott has moved to head-up Framestore's Paint and Roto department, which is currently working on the Wachowski's sci-fi epic Jupiter Ascending, Tom Cruise's The Edge of Tomorrow and the action/adventure, Guardians of the Galaxy.  Scott says, "My favourite has to be Guardians of the Galaxy which involves a bad-ass talking raccoon. What's not to like about that!" 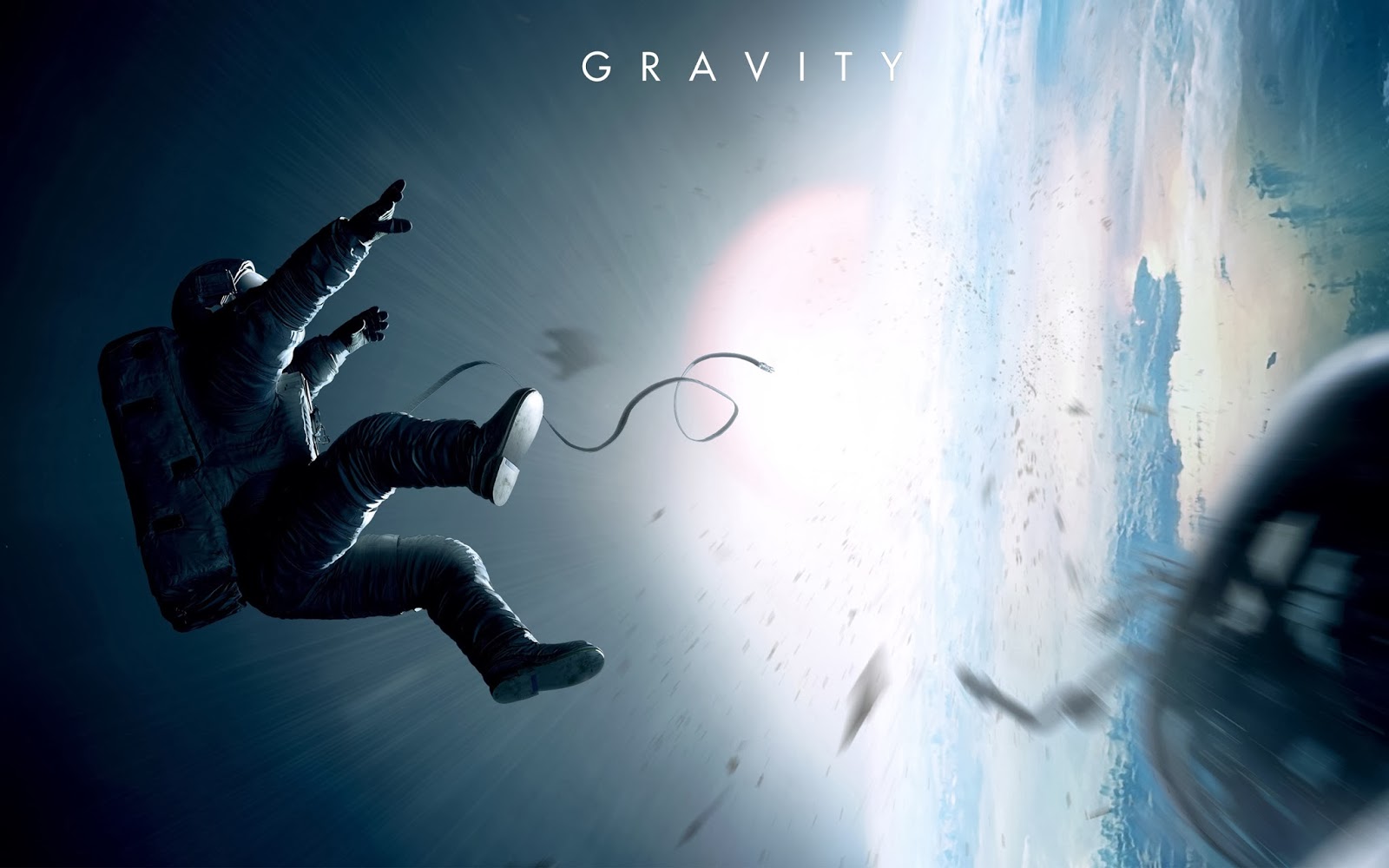 
“Endurance is not just the ability to bear a hard thing, but to turn it into glory.”
William Barclay