“The piece involved assembling over 5,000 CG figures into a series of geometric sculptures and was inspired by the work of Gustav Vigeland (1869-1943), the Norwegian sculptor after whom Oslo’s Vigelundsparken is named. Vigeland produced over 200 sculptures for the park in bronze, granite and cast iron.”


(I was drawn to this on account of its sculptural simplicity and calm - enjoy). 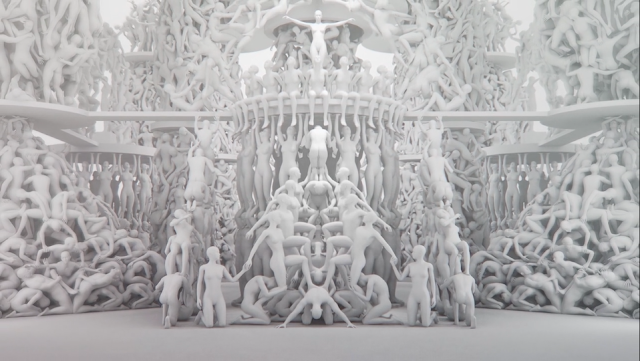 ABC from Alan Warburton on Vimeo.

ABC: Making Of from Alan Warburton on Vimeo.