This month's PWTM puts me in mind of the knickerbocker glories of my youth - those showy desserts in the tall showy glasses that necessitated a spoon with a long handle, so chockablock were they with layers of ice-cream, jelly, syrup and fruit.  You're going to need a long spoon of your own to get through this little lot!

On Friday 29th March, our first years presented their final animations to their client, Dr Peter Klappa,   lecturer in Bioscience at the University of Kent.  This final culminative brief - which asks them to pre-produce, produce and post-produce their very first CGI animation - represents a formidable level of challenge. Not only do they have to draw upon the full range of skills they've acquired during the year, they must also understand and articulate creatively a range of bioscientific scenarios.  Never has the imagined divide between art and science seemed more implausible.

For your viewing pleasure, I'm presenting a selection of our year one's final films and  'Art Of' project documentation - and something to bear in mind as you watch and learn: the work showcased here was  created by students who arrived with us back in September with little or no prior experience of Autodesk Maya, animation, or film-making.  Enjoy!

Mark Bridgland / Art Of / Invaders From The Outside World


Year two of any degree is a bit of a curate's egg.  You could say it suffers a bit from 'middle child' syndrome, in so much as year two students are no longer new, but they're not yet graduating either. That said, Adaptation - the concluding unit of our year 2 curriculum - opens a door into the future, as choices made and lessons learned during this project are often indicative of specialisms-in-waiting.  As per usual, the range of adapted subjects is broad, everything from personifications of musical genres as game characters to a South American vampiric saliva-stealer! Check out this small selection;

Charlie Serafini / Battle Of The Bands

Charlie Serafini / Pop Princess Art Of / Battle Of The Bands 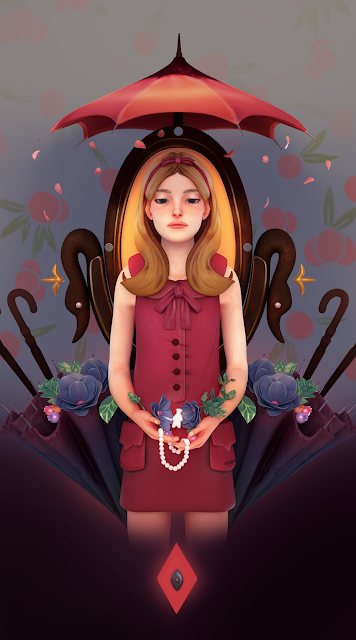 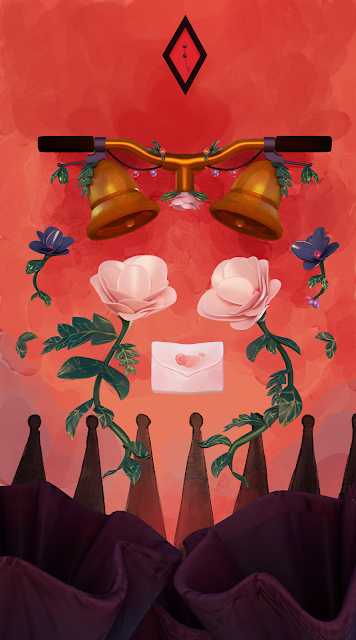 
At time of publishing, our year three students are but nine short days from their final hand-in.  It won't surprise you that their faces are rather ashen and their eyes a little glazed.  The various computer suites are muggy with the fug of their exertions.  You can hear graphics cards wheezing under the strain, and the incessant clicking of mice.  Nerves are taut and storms brew suddenly in teacups.  Sugar - in the guise of donuts, sweets and fizzy drinks - is being consumed at levels likely to inflame the bureaucrats at the Food Standards Authority.  In short, it's business as usual on Computer Animation Arts.  Next month's PWTM will showcase the fruits of their labours, and until then here's a    sample to whet your appetite: 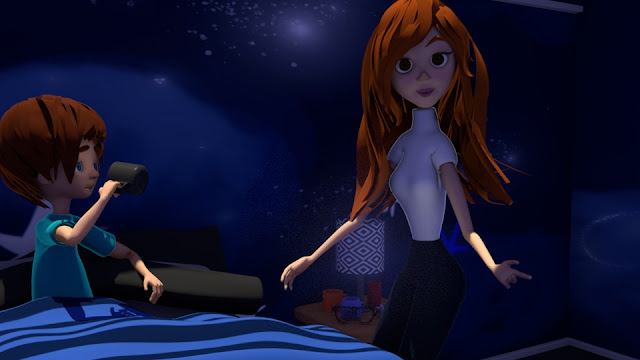 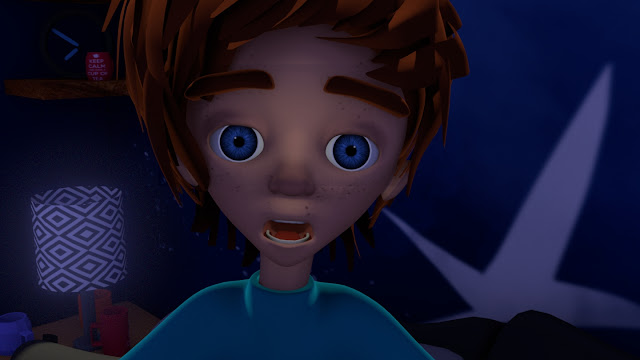 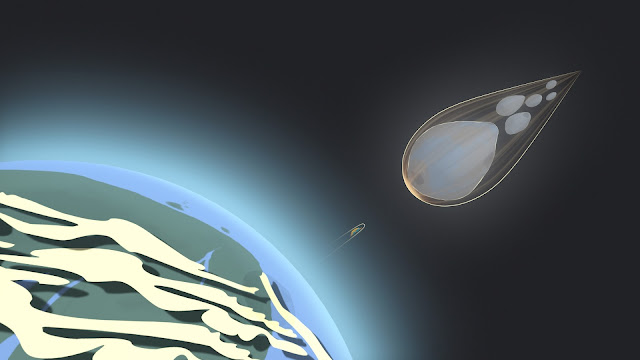 
On the morning of April 15th, CAA had the pleasure of meeting Orchestra directors from Poland, Bulgaria, Czech Republic, Germany, Slovenia, France and Slovakia - aka the Orchestra Network for Europe.


Our job was to inspire them, to share with them our progress so far on our Kingdom Of Sound project - an animation-in-the-offing to accompany live performances of Benjamin Britten's Young Person's Guide To The Orchestra.  I'm happy to report that our ideas for this animation were met with genuine excitement and even a round of applause!  Green light!


In last month's PWTM, I was delighted to be able to share the animations originating from our recent collaboration with the winners of the MASK Prize 2015, and news about the resulting exhibition in UCA Rochester's Zandra Rhodes' Gallery. It gives me further pleasure to report that the MASK animations are currently being screened at the celebrated Turner Contemporary, Margate.

Go here to read our official UCA write-up here and see below - the seven MASK-inspired animations compiled into a single showcase.  Read more about the project and the different ways in which our seven graduates worked with the MASK prize-winners to create their respective animations.


While the hubbub around Star Wars: The Force Awakens has died down a bit (quickly replaced by the hype surrounding UCA alumni-directed Rogue One!), I thought I'd share our own contribution to the ever-expanding universe created originally by George Lucas in 1977. UCA's latest edition of its rather swish alumni magazine - Creative Update - features a nice splash on the numerous former UCA students who worked on Episode VII - including CAA alum, Scott Dawkins, who described working on the record-breaking science-fiction instalment as 'electric'.  You can read more about Scott's experience as a VFX compositer on The Force Awakens by clicking below and finding page fifteen.  Feel the force!


If all this talk of alumni, careers and employment feels a bit distant from you - think again! Before you know it you'll be contemplating your post-CAA futures with a mixture of excitement and trepidation... and a clear signal that the end is in sight is the outbreak of New Designers-related content right here on the CAA group blog. Look! It begins already, with the ND 2016 showreel, which features some familiar faces from last year's event where CAA not only took the award for 'Best in Show', but also put its graduates in the path of their potential employers...

So let's conclude with some more CAA Alumni news by catching up with 2015 graduates Samantha Niemczyk and Peta-Gaye Brown, whose recent stint as freelancers actually originated at New Designers 2015.  Former collaborators Sam and P-G have been working together once more, at Mesmer, and I asked them to catch us up:

Sam: "Starting in April, I've been working in a collaboration with Mesmer, a London based studio, who design and create films, animations and motion graphics for integration into theatre, opera and dance productions, fashion shows, art installations, concerts and live events.'  The project I've been invited to work on is a new stage performance for Disneyland Paris called Mickey and the Magician.  You can read more about it on the Disneyland website. I was responsible for creating a variety of assets and doing some animation sequences.  Ian William Galloway contacted me about this freelance opportunity.  Back in July 2015, Ian was one of the judges at the New Designers Screening Awards and though mine and Peta-Gaye's 3rd year animation The Erlking did not win, Ian approached us and complimented us on our film."


I asked Sam and Peta-Gaye if they had any pearls of wisdom for our current final year students about completing year three and preparing for New Designers:

Sam: 'If I could give any useful advice regarding 3rd year projects in relation to New Designers, I would say stay true to yourselves and to things you enjoy making. Your 3rd year project is a great opportunity to do what you love for A WHOLE YEAR, and you get to show it to a wide audience. You never know who might like it and who you might meet at New Designers, so it is important you showcase your true style. I would also say challenge yourself and don't pick the easy way. This path is a never-ending journey through creativity and without challenging yourself you will not grow as an artist.  Good luck everyone and stay motivated :)"

Peta-Gaye: 'Sam and I met Ian Galloway at New Designers in July 2015 and he emailed both of us in January 2016 to join the Disney project at Mesmer.  It was really fun and a great opportunity. New Designers was honestly a fun experience and the only advice I'd give to the third years would be to be yourself, speak to everyone and have fun."

Back in 2014, CAA graduate Urvashi Lele won the Judges Choice award at the New Designers Screening Awards with her animated short, An Interview With The Owl & The Pussy Cat.  Following her success at New Designers, Urvashi went off to work as an animator at Cutlass Productions in Brighton.  Urvashi got in touch recently with some more exciting news, and I asked that she share it with you personally:

Urvashi: "Hello people of Computer Animation Arts! I come bearing some good news today! Just a couple of days ago, I received an official offer from UCLA in Los Angeles for a place on their master's degree program for animation which begins this September. Yay!

I came to the realisation I wanted to specialise in animated film-making during my time on Computer Animation Arts at UCA. Having now worked in the industry for almost two years creating a 2D animated online web series for kids aged 3- 5 (I'll send over the link as soon as it's ready), I fell further in love with the whole process and knew I wanted to further my learning in order to be a 'MacDaddy' in animation!

After a grueling application process that lasted about two months and an even longer decision period (which meant waiting for a few more weeks for a call - purgatory!), I finally got through to the UCLA Animation Workshop!

This course is a specialised three year master's degree in animation alone. The course mantra is, 'One Person, One Film', so for each year of the course, each student is expected to produce a film that is of their own creation.  The first year focuses on 2D animation, the second on 3D and stop-motion animation, and for the final year, the students are free to choose the medium they like best. With a great set of teachers and guest industry speakers, I expect to get my skills to a level they haven't reached before.  It's all very exciting and I can't wait to get things started!"


Congratulations Urvashi from all of us here on CAA.  We look forward very much to seeing what work you produce next - and congratulations to all our alumni who are up and at it and 'out there', doing their thing and making us proud!

"It is not in the stars to hold our destiny but in ourselves."
William Shakespeare