As you explore Calvino's Invisible Cities for your first project, it's time to start gathering visual reference and inspiration to enrich and fine-tune your imaginings.

At the briefing, I'll talk about Influence Maps - digitally produced 'mood boards' that we use as a means of collating and curating image research.   A single project idea might generate multiple influence maps - and should do - as early impressions give way to more definitive directions. 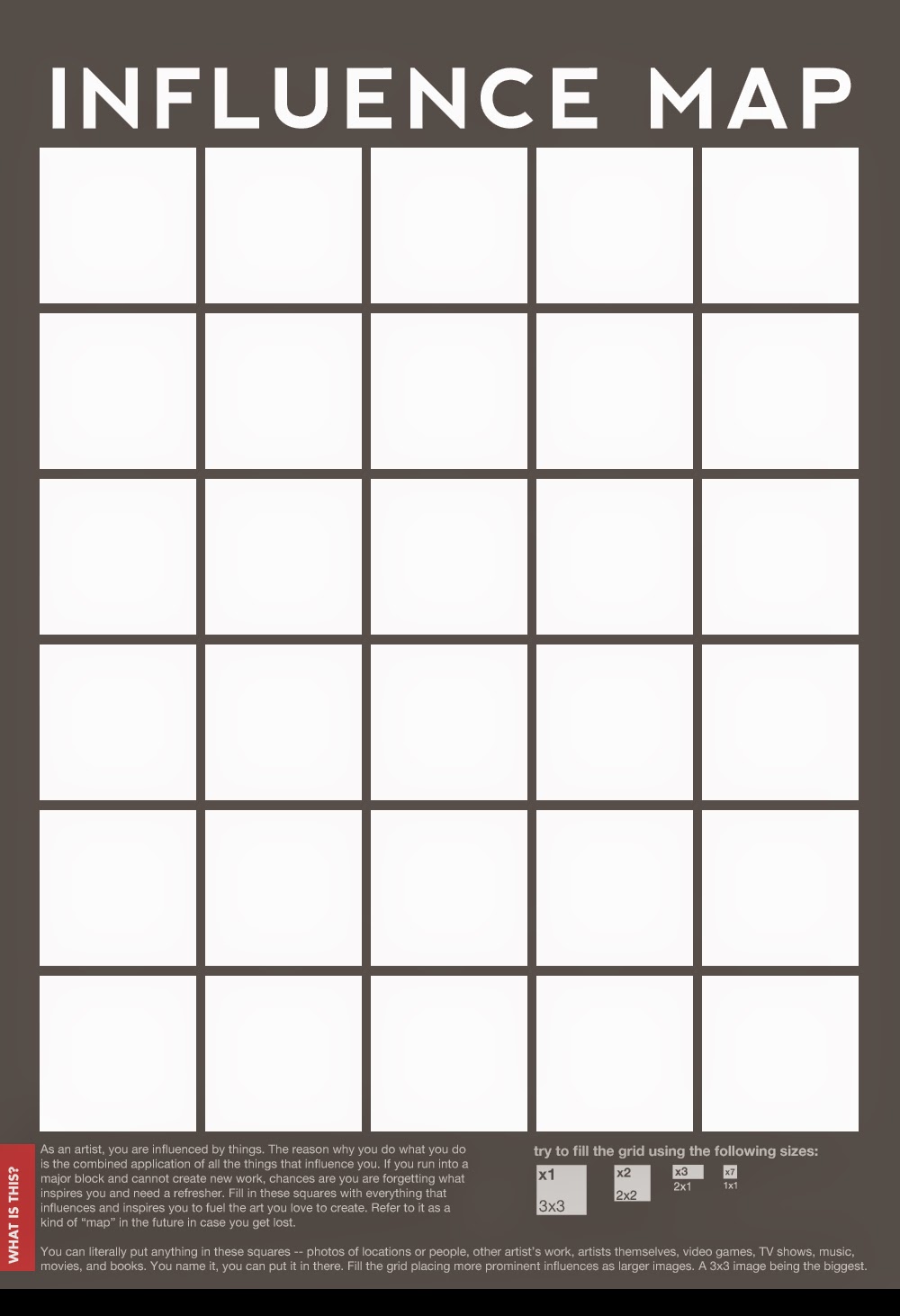 You'll find the Influence Map template on myUCA in your Invisible Cities folder.  Below is an example of an influence map at work.  Here, the size of the image in the grid relates to the hierarchy of importance; in simple terms, the bigger the image, the bigger the influence.   A properly useful influence map isn't decorative or image-rich for the sake of it, but rather an exercise in distillation, reflection and clarification.  They are also a very economic way of ensuring that your blogs do not clog up with the works of others, thus avoiding the scenario when 'your' blog devolves into a Pinterest page.  Image research on your blogs should feel purposeful and integrated. 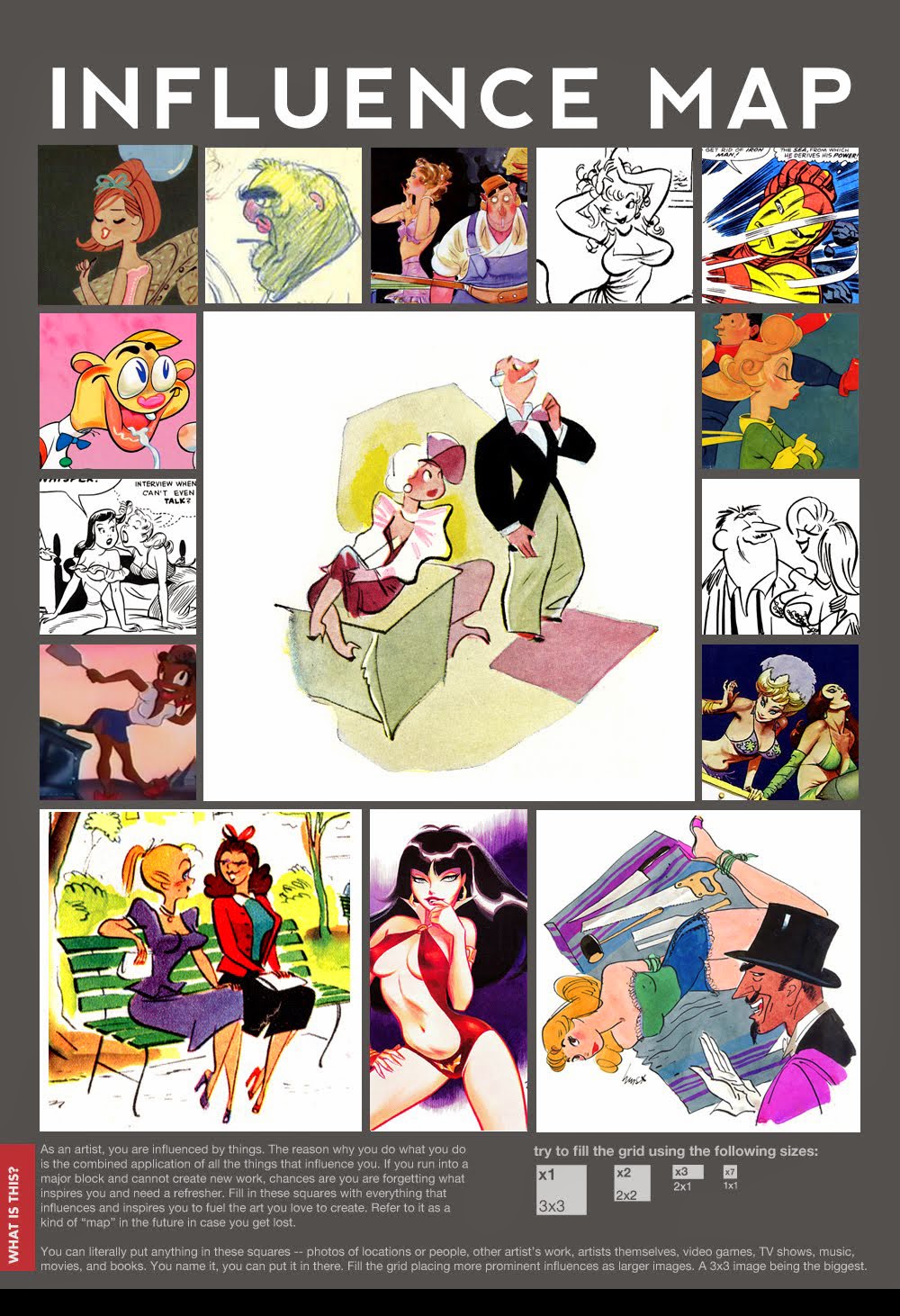 As you explore Calvino's cities, you should be building visual libraries - not only drawing and painting what your imagination shows you, but bringing together influence maps of associated imagery.

Not everyone of your classmates will be tuned into the group blog at this early stage, so could those who are reading this already be sure to get the message out via your other social networks. Many thanks!