The Tune: Godzilla vs Mechagodzilla (1974) 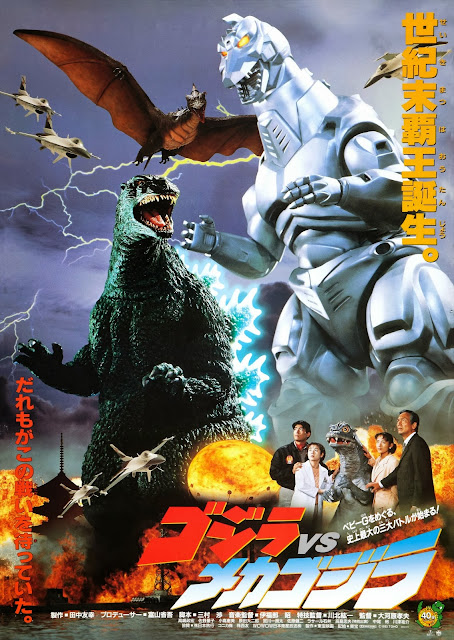 When previous The Tune's have featured the work of Bernard Herrmann, John Barry and Jerry Goldsmith, I’m probably taking a risk featuring the soundtrack from a Godzilla film. Then again Masaru Sato’s soundtrack to Godzilla vs Mechagodzilla probably has more cinematic credibility than you’d expect. Take the fact that Sato composed  the score for Akira Kurosawa’s hugely influential Yojimbo. It’s bombastic opening theme and iconic shots of the mysterious, vagabond samurai becoming instantly iconic. Jump forward a few years and Sergio Leone remakes Yojimbo as A Fistful of Dollars and the pieces slowly come together. Sato was one of the great Japanese film composers in an era where Godzilla was fair game as far creating serious musical landscapes goes. Though it's unfairly short, I really love this soundtrack. The closest comparison I can think of is Ennio Morricone's score to The Good, the Bad and the Ugly. It's very different in so much that Sato opted for a Big Band influenced Jazz sound, rather than Morricone's scorched dust bowl of a soundtrack. However, they are both classically grandiose and feature an eclectic but coherent mix of styles combined with sharp recurring motifs. Proof at least that Godzilla is sometimes a bit more value for money than just smashing stuff up.