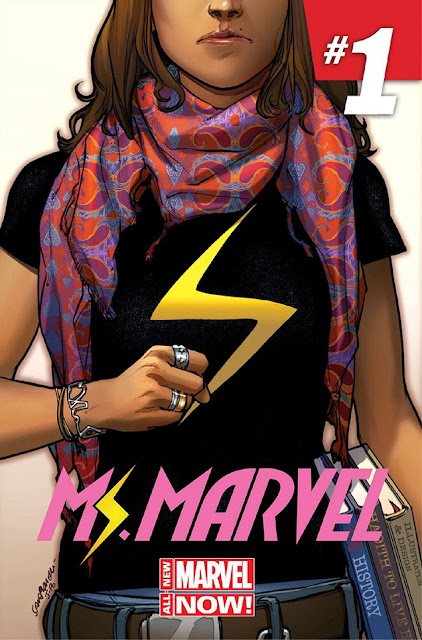 "The New York Times broke news today of a new solo superhero title launching from Marvel early next year — and this one comes as a welcome change of pace for readers who want to see more diversity in their super-books.

Ms Marvel #1, from writer G. Willow Wilson (Cairo) and artist Adrian Alphona (Runaways), introduces the world to the young Muslim woman who takes on the mantle of Ms. Marvel formerly held by Carol Danvers, the current Captain Marvel. The new Ms. Marvel will be the first Muslim character to get her own ongoing solo series at Marvel, one of a growing number of female solo leads, and the only person of color headlining a solo book."