While browsing the corners of the internet, I found an interesting article titled "The Pixar Theory" created by writer, Jon Negroni. Could there be more to the Pixar movies than you think? His theory argues that every Pixar production is interlinked into one overarching story that begins with 'Brave' (2012). I thought it was highly implausible to begin with too, but in the end was perplexed by this fun yet crazy idea. The full article can be found on his website linked below. Be prepared to dive into this weird theory! 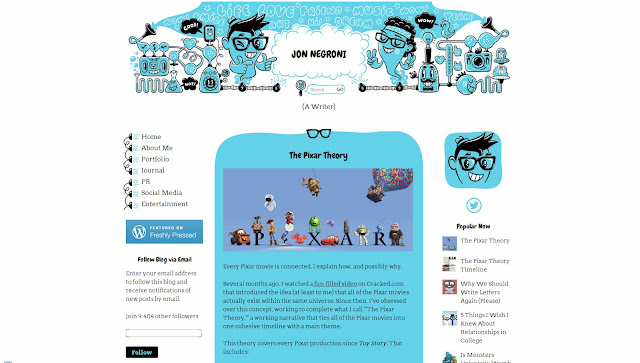 And of course, video-bloggers have had a say on their own opinions relating to this theory too. Below is a video from user 'TMGsIRL' that audio books Negroni's article while incorporating his own analysis and involving supporting images.