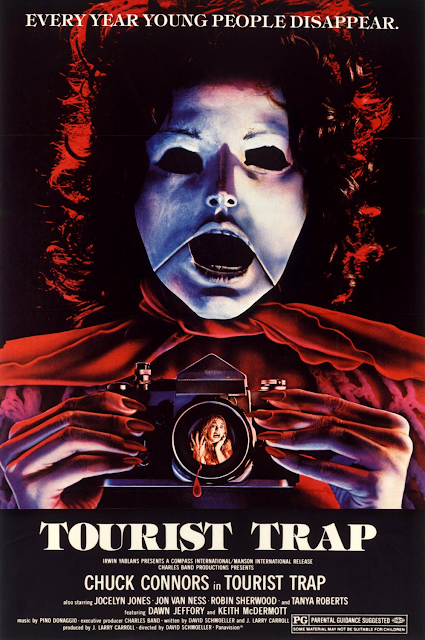 For me, one of the joys of YouTube is using it to track down all the b-grade horror movies of yesteryear... well, of the 1970s anyway. As a child, I owned a number of glossy coffee-table style books on horror cinema - much to my poor mum's concern - filled with stills from ripe-sounding shockers. On listless, rainy Sundays I'd stare at these images and allow my imagination to build elaborate contexts for these film-stills, inventing the stories that might give rise to such lurid vignettes. One such image that held me in its thrall was this bizarre tableau from David Schmoeller's 1979 film Tourist Trap - a doll-like figure holding another decapitated doll-like head. Thirty years or so later, I finally got around to watching Tourist Trap, and while many similar experiences of watching films have ended in disappointment and/or boredom, I can honestly say Tourist Trap was a good deal more disturbing than even the promise of that single image. 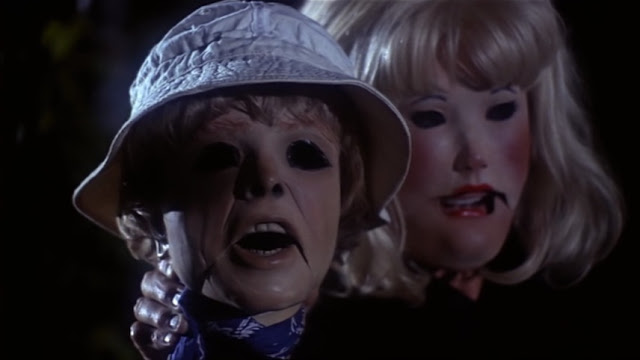 Don't misunderstand me; much of the acting in Tourist Trap is anodyne and the film is utterly derivative of other, much better horror movies, but by the time you reach the final act, the film has shifted into altogether more peculiar territories.  Even as I write this, I cannot finally tell you if the movie's various sequences of deadly mannequins coming-to-life and Carrie-inspired telekinetic attacks are supposed to be fake, knowing nods to the cut-price animatronics and strings-and-pulleys waxworks of sub-Disney roadside tourist attractions, or if the special effects are just really bad.  Even so, the visual imprint of this film is properly creepy.  There's a special nastiness to the actuality of its effects. Indeed, it's the roboticism that just makes it all the more disturbing. Ultimately, the film segues into hallucinatory logic - a cheese dream in the mind of some poor impressionable bastard who watched The Texas Chainsaw Massacre (1974), Westworld (1973) and The Stepford Wives (1975) before climbing the wooden hill. 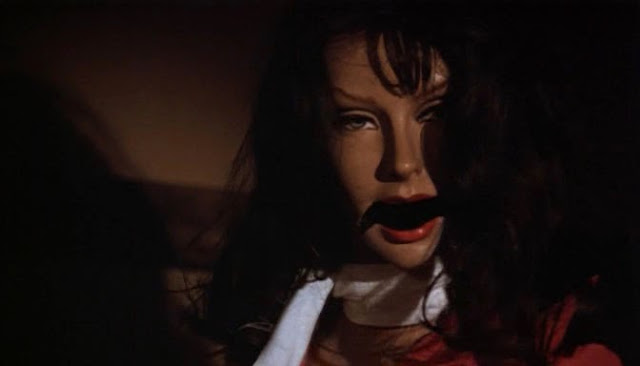 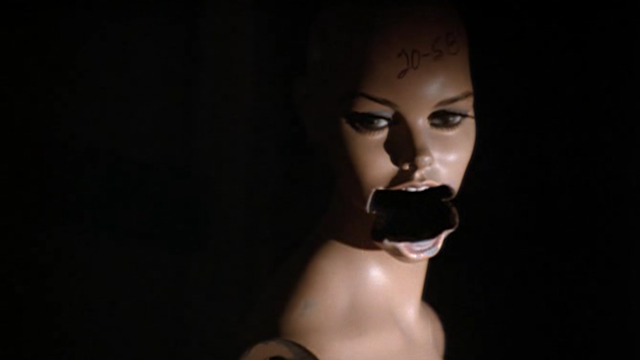 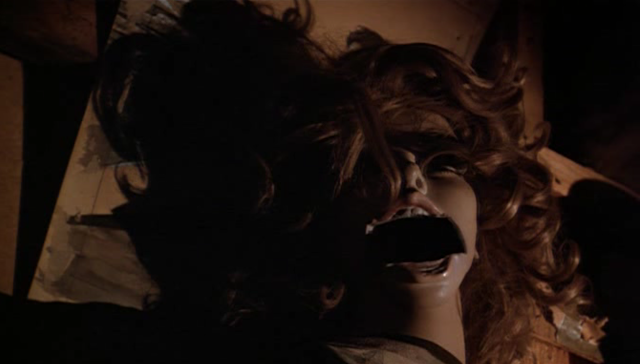 With its spectacle of shoddy mannequins and lurching ambulation, Tourist Trap foreshadows much artier fare - namely Jiri Barta's The Club Of The Laid Off (1989) - an unheimlich delight in which neglected dummies re-enact domestic ritual.

Notice I'm not including a plot summary of Tourist Trap.  In a way I don't feel qualified exactly - even having watched it recently.  Simply recounting the mechanics of the film - American teens on a road-trip make a bunch of stupid decisions thus leading to much unpleasantness - won't come close to describing what this film is actually like - though it is as dumb-arse as it sounds.

Oh yeah - the film's final shot - wow.  It's the Cabinet of Dr Caligari all-over again and it begs the same question; inside whose head have we been for the duration of this movie?  I won't say anymore here, because I'm hoping those among you with a sneaking regard for the bottom of the barrel, and the gems sometimes found there, might give Tourist Trap an hour or so of their time.  You won't be disappointed.  Mainstream it isn't - and look, for a time at least, you can view the entire film on You Tube.  I won't say 'enjoy' exactly, but I do look forward to some discussion in the baseroom...