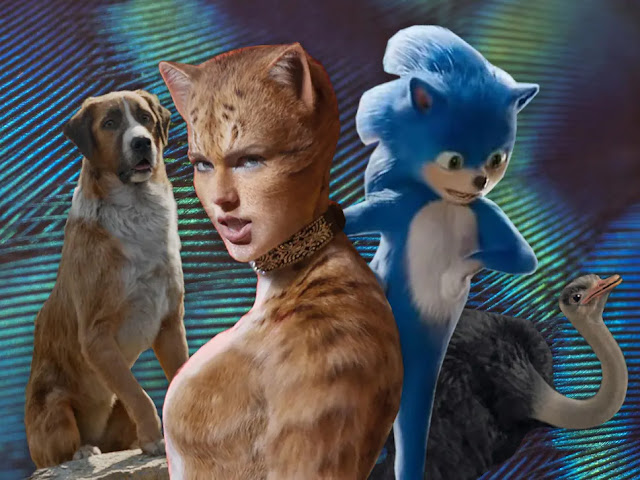 "The Race to the Bottom: What's the Story Behind Bad CGI?"
by Bessie Yuill. 2020
In the wake of a string of visual effects disasters, such as ‘Cats’, ‘The Call of the Wild’ and ‘Dolittle’, Bessie Yuill investigates the highly skilled, over-worked life of a VFX artist. - Some (very short) extracts are included below but I recommend you read the full article - link here.
"Cats was one of the most talked-about disasters of 2019 – especially in terms of its visual effects. Tom Hooper’s movie musical was rushed into cinemas with dubiously attached tails, Judi Dench’s visible wedding ring, and unsettling “digital fur technology”. Critics across the globe rushed to point out the errors, which only made the film feel more like a bizarre collective hallucination."
"As for what he (Joe Pavlo, Chair of the Animation and VFX Union branch at BECTU) thinks is behind sloppy CGI and bad working conditions (see below), he says that visual effects are “kind of late to the party as far as the history of the film industry. When I started in London 25 years ago, we were just a bunch of nerds who came out of nowhere with a can-do spirit as outsiders. So we were taken advantage of. Fast forward to today and VFX are the film industry. You can make films without them, but you can’t make a billion dollars."

“But it’s still a Wild West,” he continues. “Every other department has been established for 100 years, and we’re still finding our feet. Our industry is dramatically evolving every year, too – we do things as an afterthought today that would have taken an A-list team a week to do 10 years ago. Computers are faster and more sophisticated, we have a lot more experience and expertise. But that comes with sloppy work practices – we don’t have a union like all the other departments.”

"Reportedly, under half of the VFX workforce in London are unionised, and it may be as low as 10 or 20 per cent in other parts of the world. So when Tony Stark’s costume design hasn’t been finished in time for shooting Avengers: Endgame, it’s much easier to ask post-production to work slightly longer to create a CGI suit than to physically make a real costume." 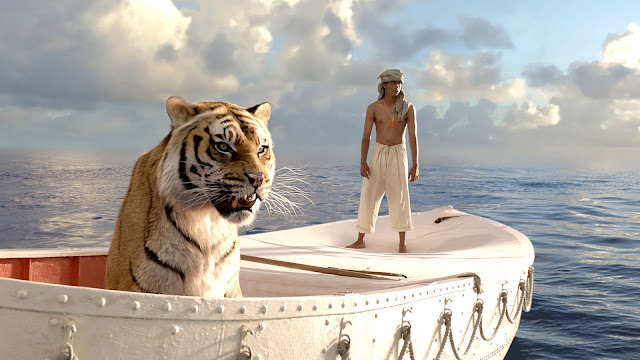 "Life After Pi" - 2014
In contrast to The Race to the Bottom: What's the Story Behind Bad CGI? (above) - LIFE AFTER PI is a short documentary about Rhythm & Hues Studios, the L.A. based Visual Effects company that won an Academy Award for its groundbreaking work on "Life of Pi" -- just two weeks after declaring bankruptcy. The film explores rapidly changing forces impacting the global VFX community and the Film Industry as a whole.