So there I was, flicking through a recent edition of Time Out magazine, when all at once I thought, 'Wait a minute! I recognise that face!' (And everything else for that matter!).  Sure enough it was one of Computer Animation Arts' life-models, the wonderful, splendiferous and supremely bonkers Robin George - bearing his all (again!) in a Time Out centrefold and giving the inside track on his life and times as a nude model.  There is literally nothing Robin won't do when it comes to ensuring his life-drawing sessions are dynamic and experiential for our students; sometimes it's swords and violins, other times it's fright-wigs, top-hats and face-paint.  Robin is often the face (& body!) of our Halloween Specials wherein students are confronted by the dark denizens of Robin's imagination.  I do recall one class in which he ended up with his be-wigged head stuffed into an item of hand-luggage - business as usual on Computer Animation Arts!  You might say our retinue of life-models are the unsung heroes of our curricula; their bravely naked bodies very literally provide our students with the building blocks necessary for character design, animation and for the exploration and development of their personal style. We owe them a debt of thanks (and apologies too for when the project space is a bit on the chilly side!).

Then let this edition of the PWTM begin with a celebration of the men and women of our life-drawing classes - but first, here's the irrepressible Robin George in his own words...

Things you only know if you're a life model... according to CAA's life-model Robin George.

Getting your kit off can have unexpected benefits.

‘I only started life modelling because my agent made me. I’m also an actor, and I was preparing for my first nude TV role. Actors can be surprisingly shy and I really wasn’t up for it the first time. But I got into it, and was soon getting recommended all over London. I’ve made so many artistic friends – and posing has actually taught me a lot about acting.’

Pulling poses is tougher than it looks.

‘I recently held a pose that meant pulling a crazed face for four hours. I couldn’t speak afterwards. The job involves incredible endurance and you can do yourself damage if you tense your muscles wrong – not to mention the damage others can do to you. One time, a woman was painting so vigorously that she and her easel ended up crashing down on me.’

Artists are looking for all sorts of people to draw.

‘Sure, you get toned guys and conventionally beautiful women. But I’ve also seen older men and plus-size women, and they’re at least as popular. I’ve even posed alongside a dwarf. Basically, if you want to do it, you can – whatever your shape and size.’

Some sessions do get a bit ‘Carry On’.

‘Getting my kit off in front of a load of people is just second nature to me now and my family are really accepting of it. But not everyone’s used to the idea, and that can prove very funny. I’ll never forget the faces of several people who burst into the room one evening to see me standing there in the buff. Eventually one of them said, “So, this isn’t the Scrabble club, then?”’


Our first years have just submitted their From Script To Screen project, a 'knock-em-down-drag-em-out' affair, which challenges them to originate a two minute animation story idea from three randomly assigned components - and then pre-produce it, and all in the short space of seven weeks.  The emphasis isn't on pretty visuals (though pretty visuals we get!), it's on visual storytelling and the ability to very quickly identity what the audience needs from a script idea (as distinct from what the writer needs from the experience of writing it).  One of the biggest lessons this project imparts is that storytelling isn't for wimps and likewise that old CGI adage, 'You get nothing for free'.  Our first years discovered how difficult it is to create a story that is as communicative as it is complete.  Enjoy this selection of their resulting work (since wiped clean of all the blood, sweat and tears!).


Elsewhere our Year 2s are developing their Premise project - which establishes the framework for their Year 3 films. Premise is a new project that seeks to give more time and space to the development of strong original concepts for strong original CGI-based film-making.  We're already seeing some fascinating proposals in the offing - lots of personal first person stuff, creative writing and expressive free-form drawing.


"I am going to make a short animation about my physical pain.  I want to use visual and audio representations of the pain I feel in different body parts"


"Mrs Pratt was a short woman with long grey hair. She wore all sorts of different colours and loads of different bangles on her arms, and long beaded necklaces. Her art room was always a complete fucking mess, with paintings, sculptures, and paper-mache figures strewn all over the place."

"A story about two lovers whose affair began one warm August day when their eyes met in the middle of the Town Hall Square in Riga in 1939..."

"I've decided to create an animation about the different types of people you could end up meeting on an online date... the complete miscommunication between expectations and reality..."

In many ways, the life of a final year CAA student is a simple one: it’s a case of ‘just keep on keeping on’. There’s loads to do and loads being done. Here’s a sprinkling of recent updates from their blogs: 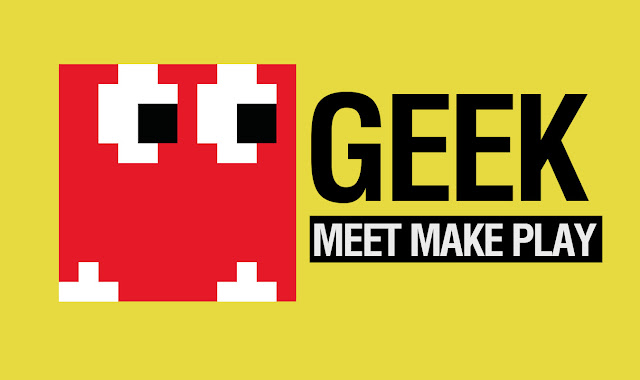 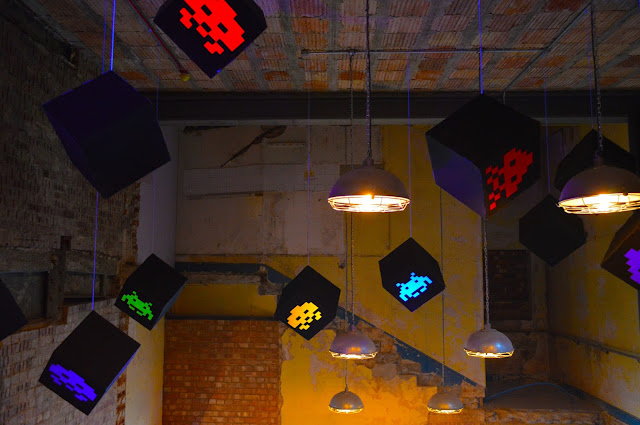 Monday morning conversations often begin with the question, ‘And what did you do with your weekend?’ We’re sometimes encouraged to invent outlandish answers by which to prove we’re living the dream (as opposed to binge-watching Altered Carbon on the sofa), but were I to tell you I’d spent a weekend in dreamland surrounded by storm troopers eating candyfloss, I would, in this instance, be telling the truth! 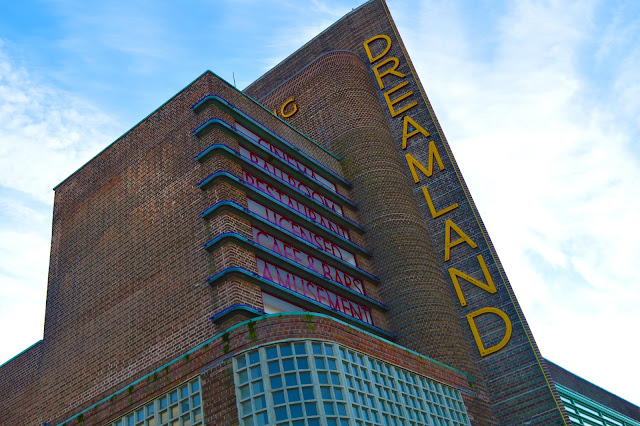 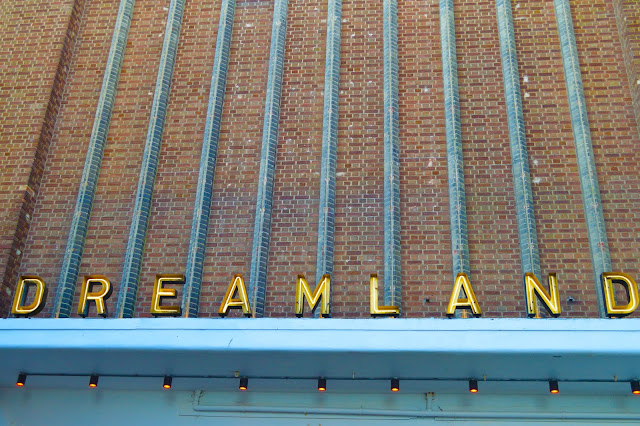 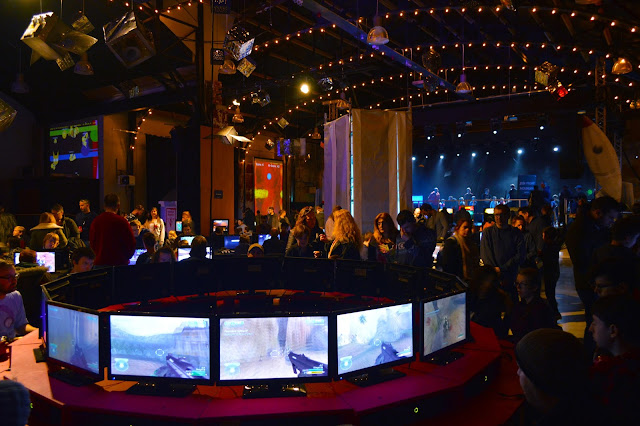 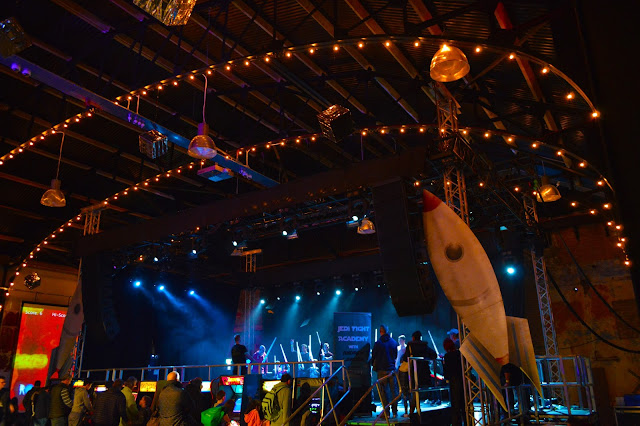 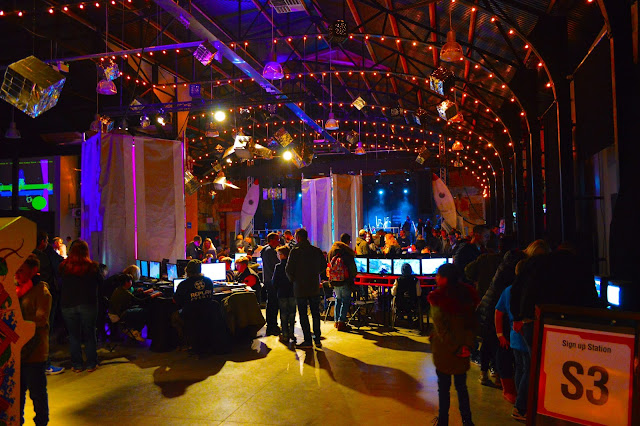 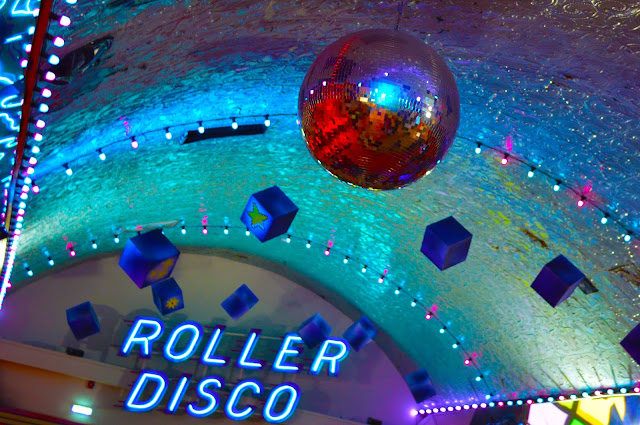 As part of UCA’s various outreach activities seeking to inspire young people to take up a creative education, Computer Animation Arts took up residency at GEEK 2018, a festival of games and gaming at Margate’s newly-restored Dreamland. As a precursor to the festival itself, CAA’s drawing tutor, Victoria Fountas and models, Dan Snelgrove and Cath Bulpitt, worked with groups of local school children, giving them their first experience of life-drawing – and certainly their first experience of drawing models wearing martian-inspired paraphernalia! Gamers are a distinctive tribe and most vivid amongst them are the cos-players, who braved the rather chilly conditions at GEEK to show-off their home-grown creations: I counted an ad hoc Venom, a Harley Quinn, a statuesque wookie and a large blue turtle amongst their number.

We were joined by CAA students, Dee Crisbacher, Graeme Daly and Danni Foley (in their official roles as UCA Ambassadors) who spend a good part of their time at Dreamland 3D scanning visitors to our booth via an ipad, a camera and a nifty unfathomably clever app.  CAA lecturer, Simon Holland, was in residence on his swanky Cintiq hooked up to a 60" screen, entrancing bystanders with the art and alchemy of digital painting.  My role was to seek to inspire the next generation of CAA applicants by encouraging them to see their cosplay and fanart as incipient evidence of their suitability for a career in computer animation - so if a large blue turtle makes an appearance on applicant day, you’ll know who’s to blame!

On Monday 26th February – just before the ‘beast from the east’ swept in and closed the campus! – we were very happy to welcome CAA graduate, Leo ‘Class of 2012’ Tsang back to the baseroom for a luxurious stint of show and tell. Leo works at the award-winning independent animation studio, Blue-Zoo Animations in his role as Lead in Lighting, Rendering and Compositing on shows Go Jetters and Digby Dragon.

It can be tempting I guess – once you’ve made it – to disremember how you got there or to mystify the route into the industry for others. Leo did quite the opposite during his three hour session with the assembled students, staff and alumni of Computer Animation Arts, sharing his own student work and proffering insight and advice in terms of making the jump from graduate to industry.

Fascinatingly, Leo shared the nuts and bolts of his working day, taking us step-by-step through his specific role within the studio and showing us the various processes by which a single shot is readied for broadcast.


On a personal note, it was rather lovely to revisit Leo’s old projects and see how his talents in terms of lighting, art direction and showmanship were right there from the outset of his time on Computer Animation Arts, and how his sensitivity for light, colour and mood-setting plays out in his professional role at Blue-Zoo. It was also just very nice to see Leo again – a nicer guy it would be difficult to meet.


Meanwhile, CAA’s animated adaptation of Benjamin Britten’s The Young Person’s Guide To The Orchestra is taking another bow, this time at the Lyon Biennale Musiques en Scène 2018 accompanied once more by the musicians of the Orchestre de Picardie. That’s five live screenings and counting - with at least three more to come in Bulgaria, Slovenia and Slovakia respectively! 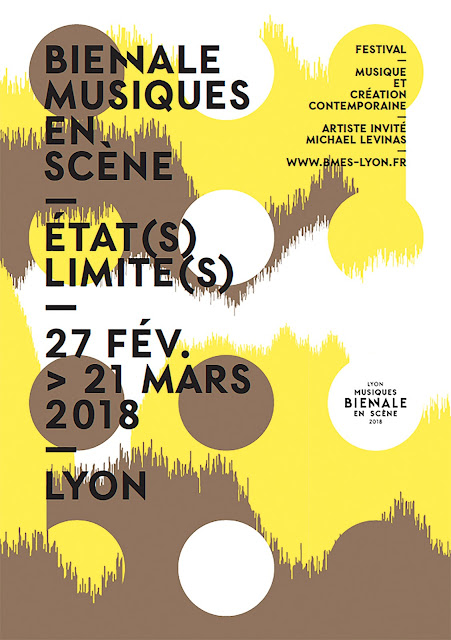 Arguably, this latest screening constitutes another premiere, as behind the scenes, work has continued on ensuring The Kingdom of Sound is as polished as possible. Dee Crisbacher, Emily Clarkson, Ethan Shilling and Nat Urwin have all since returned to their respective posts, working on various pick-up shots as we weed out any of those little moments the team felt fell a little short of the mark. Weather-depending, I’ll be accompanying Red out to Lyon this weekend to preface his further adventures in the Kingdom Of Sound, giving a short presentation on the making of the animation and the role of CAA’s students, graduates and staff in its production.

And finally... regular followers of the CAA blog may have noticed a new strand getting established courtesy of our newly appointed Industry Outreach honcho, Jackie Hagan.  The CAA Careers thread represents our ongoing commitment to flagging up as much useful industry advice and careers stuff as possible, so keep an eye-out as and when for the banner below.