The CGAA Tombola Of Dreams Explained!

The CG Arts & Animation 'Tombola Of Dreams' is a prize draw raising funds for next year's graduate show at New Designers 2014. There will be two prize draws - one this term, and another in Term 2.  Tickets will cost £10 and you'll be able to purchase a maximum of 2 via the Online Store.

The precise contents of the Tombola Of Dreams will be revealed here on the group blog as more prizes are confirmed (more about that later), but what I can tell you is that your £10 ticket could be a very good investment. First, I need to make an appeal to your hearts, minds -and wallets!

New Designers is the UK's biggest graduate show for art and design graduates.  It's a really big part of what CG Arts & Animation does - and we do it rather well, with the course and its graduates winning no less then 2 'Best In Show' awards in the space of 4 years.  The truth is that New Designers is expensive.   It's expensive because it offers graduates unparalleled access to potential employers and valuable contacts.  It's particularly expensive for us because we need to hire in top-of-the-range audio/visual equipment to ensure the work of our graduates stands out loud and proud from the crowd.  80" plasma screens don't come cheap!  It's expensive because we do it well and we do it with imagination and with flair.  It's all those little extra flourishes that excite interest and bring industry footfall to the CGAA stand, but 'flourishes' soon add up...

For examples of previous years' shows, see below.

New Designers takes a long time to plan, so we've been thinking about it now. For 2014 we're hoping to recreate something a bit like this - a salon-style gallery, in which framed plasma screens and production art drawings crowd every conceivable bit of wall space in a celebration of our graduates and the course. 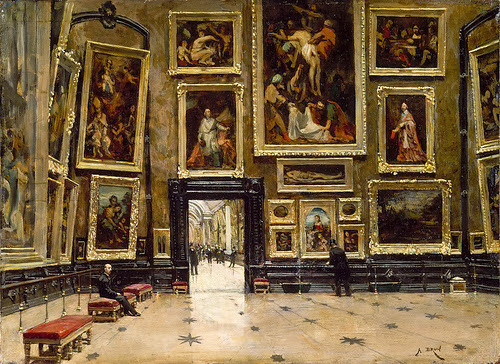 To achieve this, we need to fundraise as a creative community.  To all those year one and year two students who might be thinking 'Why should I fundraise when I'm not even a graduate yet?', all I can say is that, one day, you'll be going to New Designers and when that time comes, your first and second years will be fundraising for you too. CG Arts & Animation needs to raise £2,000 + before the end of the academic year, so we're banking on your support - and the support of our alumni too!  The CG Arts & Animation Tombola Of Dreams needs you!


Behind the scenes, I've been beavering away to ensure there's a sackload of goodies on offer - the sorts of prizes to make a CGAA student or alumnus salivate with delight! Over the next couple of days, I'll be previewing the Tombola prizes on the group blog, so watch for the Tombola Of Dreams Totaliser as each new prize is announced.

The Tombola goes live on Monday 11th November, when the Online Store opens for business and a 100 prize draw tickets are released!  Get in line, ladies and gents!  The date and time of the Prize Draw itself will be announced on here soon.

The CG Arts Tombola Of Dreams: we need your help to 'be amazing'.